A Message From Rep. Les Gara About Mudflats 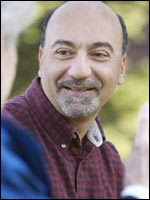 As the debate on my House colleague’s recent e-newsletter about Mudflats intensified this week, I was happy to see so many people come to her defense. Alaska’s most popular political blogger’s earned a loyal following with hard work and good writing.

I was as bothered as many of you by what happened, and I’ve said so to my colleague, Rep. Mike Doogan. A number of your favorite democratic legislators share your views on this one. But we don’t supervise each other around here. We don’t require each other to march in line. Democrats are pretty bad at demanding that kind of thing from each other. So, basically, I don’t get to tell Mike what to do, and he doesn’t get to tell me what to do. Trust me. At times, we both wish we could. But the fact that we can’t is, in the long run, a pretty good thing.

Shoot, as tensions mount around Juneau near the end of session, there’d be a lot of folks flying off cliffs if legislators got to tell each other what to do. I’d be typing this while free-falling past the Governor’s window right now. That wouldn’t be good.

In the end, we aren’t the bosses of each other. Our constituents are our bosses. I don’t get to tell my colleagues what do, but you do get to tell us.

So, I’m writing in part to let you know that we all don’t agree with Rep. Doogan about the manner in which he’s responded to your e-mails, and about what he did in last week’s e-newsletter.

And I’m writing for a reason I consider just as important. We have a lot of work to do in this state. Sniping at those who are trying to foster a community discussion about how to move Alaska forward isn’t helpful. Unless, of course, we all think we’re such a powerful force that we can afford to tear each other apart.

Guess what. We’re not that powerful. But together, we’ve made great progress. I know some of you personally, have worked on community efforts with you, and would rather keep us together than tear us apart.

You and I want universal health care for those who are sick, and need a doctor.

We want a renewable energy policy that protects our economy, the air we breathe, the waters we fish, and lessens America’s dependence on foreign oil.

We believe people should be paid fairly for an honest day’s work, that Alaskans should have their pension rights back, and that our children are entitled to an education that creates opportunity for all, not just the 60% who graduate from high school in Alaska today.

And Governor Palin’s failure to help move Alaska from having the nation’s second worst children’s health plan in the nation is, in my view, unacceptable. That’s why Senator Bill Wielechowski, Senator Hollis French and I have all worked on universal children’s, and universal adult health coverage plans.

That’s why Mudflats is important. It provides a way for people who want these things to stay connected, and work together. Mudflats, and its readers, have been a positive force in this community. I’ll disagree with you sometimes. I have in the past. When I do, I’ll try to do it respectfully. And when I have in the past, you’ve been respectful in your responses.

But, basically, I’m just glad Mudflats is back.

Posted by Philip Munger at 8:40 PM

Is Mudflats the Rush Limbaugh of Alaskan bloggers? Do the politicians have to keep her happy?

Thoughts like this from you, Les, are why I greatly
admire you. I'm angry with Mike but realize he may
still be a valuable representative for us. Must say
that I will pay more attention to his voting record.

Thanks Philip for posting this and all the valuable
info that so many people find indispensable.

Bob, this is kind of a Sarah Palin empty response. I still like Les anyway. He at least responded and Mudflats seems happy so I'll not knock him.

I've been hanging out for days for a response from Les Gara. Given that Mudflats has graciously allowed Mr Gara a forum in the past - and no doubt will do so again - I'm disappointed that he's not outraged.

pretty weak, mr. gara. it's too bad you didn't approach this with the same righteous indignation and regard for ethical conduct you displayed in confronting meg stapleton on 4th ave. over monegan's firing.
i guess we're not going to hear any member of the legislature say what doogan did was not OK.

Bob: I'm not sure Mike is still a valuable legislator. I'm beginning to wonder if he is less than worthless as a democratic representative. I should take your suggestion and keep a closer eye on him. I'm not going to communicate with him though-- I don't feel like getting cut down and abused by the guy.

Just the fact that many people can't communicate with him productively is not a good sign.

if he really said this: "I’ve read about 200 of the 600 emails I’ve received and they’re all women and people from out of state. That’s the Mudflats audience", how am i to avoid believing he doesn't give a shit about fifty percent of his constituents? what does he have to say or do, to get a meaningful response from his colleagues? stalking someone for four months, all those nasty emails -- all that fits into the legislature's ethical code of conduct just fine? really???

Videmus Omnia - you really don't get it do you

AKM is nothing like Rush - but that is not the point - and no, it is not about keeping her happy - it is about protecting first amendment rights and AKM safety and well being

That is the point!

vid gets its. She/he responded on day one to Mudflats blog. He/She stated it was wrong. So now...I am confused as to why this person is going from blog to blog comparing Rush to AKM. Vid..you have obviously never really read the mudflats blog over time...and you have listened to far far too much Rush.

VidOm (& his or her ilk) is just trying to push a desperate meme with a bad analogy. It doesn't resonate, and makes them seem disconnected from the reality that the rest of us live in.

That's all those people can do. They can never push a positive meme about their own answers to the economy, or how to make the world a better place, or what the politicians they support actually legislate that affects change....Because they have no answers and there's nothing to report.

The VidOm group follow the "via negativa." Rush is the via negativa. There is no comparison to AKM at all, as AKM is someone with answers and a positive voice--and it won't hold as a meme, no matter how many places they post it.

Remember that just because Les isn't publicly calling for Rep. Doogan to take any action doesn't mean he isn't speaking out TO Rep. Doogan. I've had it from a couple of reliable sources in Juneau that Les has, in fact, called Doogan on the carpet about this. You can imagine how responsive our friend Rep. Doogan was to this. I hear things are a little prickly in the Democratic caucus at the moment, and the Mudflats outing has a lot to do with that. Don't assume he's not taking action just because he's not advertising it in his newsletter. (Not every legislator feels the need to use his constituent e-news to be an asshole.)

More importantly, Les is a member of the Joint Select Committee on Legislative Ethics; consequently, he cannot call for an ethics investigation into another legislator because he is a member of the committee that would hear and evaluate such a complaint.

I’m amazed at how anger at Doogan has spilled over onto Les. Les is my Representative in the legislature here and is my neighbor. My guess is that Mudflats wouldn’t have posted Les’s note if they didn’t think he was doing everything he can inside the legislature.

Ethics complains are for the public to file. While many Legislators sit on the ethics committee that decides ethics complaints, they act as judges on the committee. It’s unreasonable to ask that they act as prosecutors in cases they have to judge. They aren’t allowed to do that. Would you want the person who decides your case to make comments in public about you before a case is decided?

I’m confident Les is doing everything he can. I’m not going to hit him for having the discretion to not tear Mike apart in public as much as that would make me feel momentarily better about the whole thing.
DL Landry-Anchorage

Thanks, Maia & thanks anonymous @ #12. I don't know what Rep. Gara might be doing with Doogan, but I appreciate knowing he's engaging Mike directly.

Frankly, an earnest apology from Doogan to AKM might go a long, long way toward reconciliation.

i might have been too critical of gara above.
this whole sequence of events is extremely frustrating.
it's very polarizing -- half the people who hear about it can't believe a legislator could be so crass and over the top. the other half just shrug it off with the alaska ear version, 'well, so what? she should have been using her real name anyway'.
i still want someone to sketch for me just what that sceanrio would look like -- where nothing gets posted anyplace until identity is verified through some process and the full legal name is attached to the post. no celebrity aliases, pseudonyms or anonymity allowed.
is that where this is going??

Alaskan's for Truth campaign treasurer is the husband of AKM.

Isn't Alaskan's for truth for transparency?

Methinks she dost protest too much.

So let me get this straight, Mr. Mudflaps is the treasurer of "Alaskans for Truth" a group purporting transparency in the actions of Governor Palin.

Good on Doogan on calling this sham out.

Outing Mudflats was the right thing to do.

Progressives are like conservatives: once elected they get power crazy and the masses will have to eat their own or become slaves the almighty elected.

Power corrupts both Republicans and Democrats

I'm sorry, but if these so-called "progressives" can't see the hypocrisy of it all, then there is truly no hope for them.

I'm a progressive, have been all of my life, and I do not in any why shape or form identify with these people who call themselves "Progressive".

I was leery when AFT came out and am convinced today that by not supporting them financially or in any other way, I made the right choice.

This is truly embarrassing, if anybody owes an apology it's the Mudflaps family who owes one to the people of Alaska for foisting this fraud upon them.