On Ted Before ComFish 2009: "Other Crimes Are Still Being Investigated" 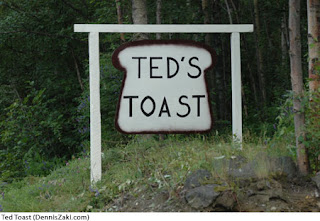 from an upcoming article:

On April 7, when Sullivan dismissed charges against Stevens, he also appointed Washington lawyer Henry Schuelke to investigate six of the Stevens prosecutors for contempt for failing to turn over information to the defense.

Grindler asked Sullivan for the protective order before turning over Justice Department files to Schuelke. Schuelke did not oppose Grindler's request.

The assertion that one or more investigations are continuing confirms what the FBI office in Anchorage said after the Stevens dismissal: While Stevens can't be retried on charges that he failed to disclose gifts and free services, other crimes are still under investigation. Among the most prominent subjects of the Justice Department and IRS probes are Stevens' son Ben, the former state Senate president, and U.S. Rep. Don Young.