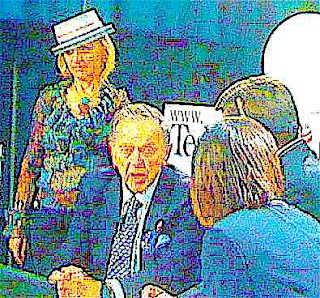 Here is a listing of polls on the matchup between then-U. S. Senator Ted Stevens and then-Anchorage Mayor Mark Begich from the announcement of Mayor Begich's candidacy, until the indictment of Senator Stevens.

Some are scientific, some aren't:

May 15:
Research 2000: If 2008 election for U.S. Senate were held today, for whom would you vote for if the choices were between Mark Begich, the Democrat, and Ted Stevens, the Republican?

The survey found 51 percent of those responding would vote for Begich in November’s general election, compared to 44 percent who said they would back Stevens.

The poll indicates Begich is gaining name recognition across the state, but Stevens, who’s served in the Senate since 1968, also remains popular.

Some 58 percent of responders said they felt very or somewhat positive toward Begich, while only 16 percent had a negative opinion of the 45-year-old Democratic mayor. Eleven percent of those responding didn’t know of Begich.

For Stevens, the numbers were a little closer — 49 percent had a positive opinion, while 40 percent had a negative opinion. All of the survey’s 269 responders knew Stevens was the state’s senior senator.

Stevens’ bid to win a seventh full term in the Senate has been overshadowed by an ongoing corruption investigation by the U.S. Justice Department. Stevens has not been charged with any wrongdoing. High name recognition may partially explain why the poll shows Stevens beating challenger Dave Cuddy by 15 percentage points in the Republican primary. More than 42 percent of poll participants said they had no idea who Cuddy was.

The poll did not ask about the Democratic primary, in which Begich faces Ray Metcalfe, founder of the Moderate Republican Party, and Frank Vondersaar. It also did not contain questions about the other seven long-shot candidates who hope to serve as Alaska’s next senator.

Half of those responding to the survey had no party affiliation or were registered Independents. Registered Republicans made up 27 percent of respondents; Democrats made up 22 percent. The poll was conducted between May 6 and May 10 by Anchorage firm Hellenthal and Associates.

It has a 6 percent margin of error.

June 18 (Rasmussen Reports):
A new Rasmussen Reports telephone survey released today shows another 2 point split between Begich and Stevens in the senate race…only this time Stevens is up. Still well within the margin of error, but it would have been nice to see a widening split in Begich’s favor.

The Rasmussen poll notes: When “leaners” are included, Begich leads 52%to 44%. Begich began running his first television ads of the campaign on July 8 and the survey was conducted nine days later.

Heather Rauch, our campaign manager, responded to the poll: “As more and more Alaskans learn about Mark Begich and his commitment to Alaska families, they’re responding to the honest, ethical, results-driven style of leadership he offers.

Polls are just one indicator of voter attitude, but we’re pleased to see Mark is connecting with Alaskans and offering solutions to the challenges they face.” We're going to keep running hard and take nothing for granted - but this is great news and we're happy to share it with you all.

And these two polls may be important too.

On Thursday (yesterday) I polled both of my UAA classes on this.

Interestingly enough, Sarah Palin thinks the question of whether or not Mark Begich should step down is merely "splitting hairs," we should have a special election anyway.

I kid you not.

Talk of Alaska will be covering this issue on Tuesday.

FUCK the FEDS, they screwed Ted and fucked Alaska.

We were denied a fair election and got stuck with a Democrat.

Mark is a good man, and will do a fine job.

Amazing. No one seems to question Stevens' innocence or guilt. Only whether or not he would have won an election. Alaskan Politics is so. . . Illinois.

After reading "Anonymous" bizarre post, I understand why the Juneau newspaper no longer allows comments on their website. With a Democratic Congress and President, Uncle Ted would have been impotent anyway. We're better off with Nick Begich; new, young blood with none of the arrogance.

Yellow, you must not be from Alaska, it is Mark Begich,

Nick Begich would have been really entertaining

lol. yeah, nick would be on art bell every week. or whatever replaced him.

anyway, alaskans are notoriously poll resistant. anytime i get called by a pollster i lie my head off. plus i'm a registered repuglican so i can screw with them.

without that trial ted would've won. even absent the [timely] verdict, ted probably would've won. it might've been close, but even my default democratic black friends were gonna vote for him (or abstain entirely).

i'm just relieved? entertained? that we've got some fresh crooked blood in to replace him. the power of incumbency is a terrible thing.

The nice thing about it is that we get to replace another senator in six years. At this stage, I would like it if every Alaskan politician only served one term...

Lets get back to real citizens running our state, they certainly can't do any worse than the "professional politicians".