On Sunday, Judy and I are hosting a fundraiser for Jim Sykes.  He is running for the Mat-Su Borough Assembly seat currently held by Warren Keogh, who is stepping down:

For assembly District 1, incumbent Warren Keogh announced he won’t seek re-election. By end of day Friday, a quartet of borough residents had filed paperwork to be on the ballot. They are Douglas Glenn, Jim Sykes, George Rauscher and Glenda Smith.


Jim is one of our state's most dedicated and knowledgeable public servants.  He has been active in many issues important to Mat-Su Valley residents.  Most recently, he was a key figure is local efforts to support the referendum to repeal Senate Bill 21, the big oil giveaway:

The fundraiser will be from 2:00 pm to 4:00 pm.  There will be refreshments, and goodies from our bounteous gardens. 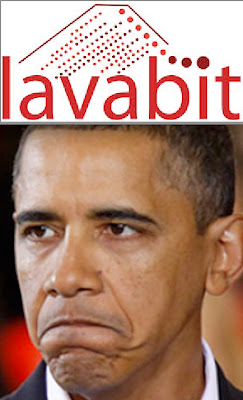 Catching Up on the 2013 Vegetable Gardens 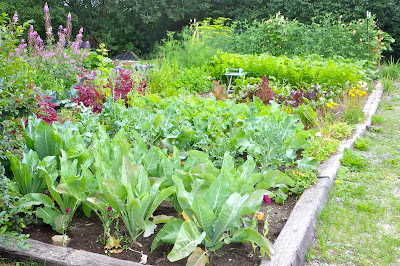 I've taken a major break from blogging this spring and summer.  I haven't posted garden pictures at all.  That is too bad, as this has been the best growing summer I can remember in Alaska.  Time to catch up!

Above is an image of the main garden.  The plants are easily twice as large in most cases than last year, which was chilly.  We've wet records this year for consecutive days over 70 degrees, and over 80.

Below are part of the beet patch: 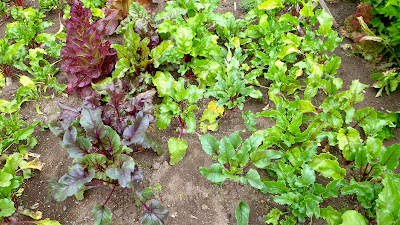 Below is a flowering set of soy bean pods: 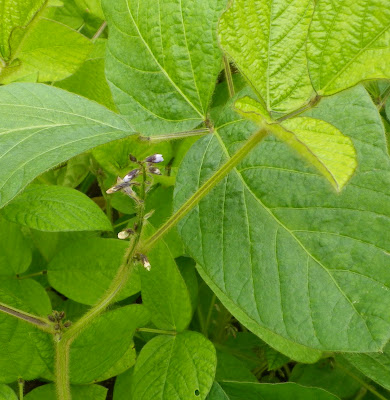 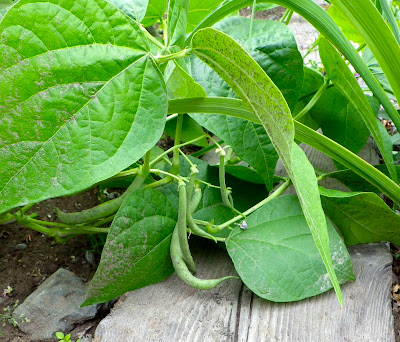 Runner beans, with snow peas in the background: 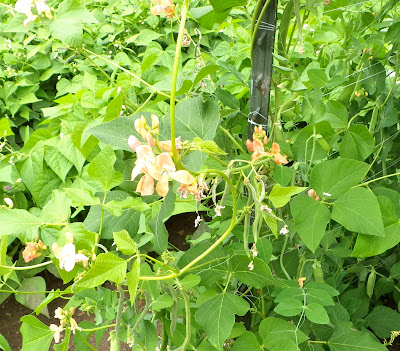 The potato patch, with ripening raspberries at the far right: 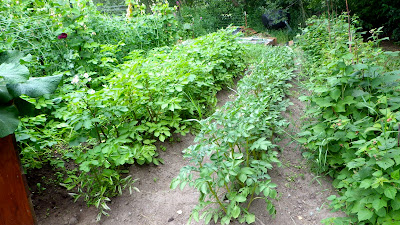 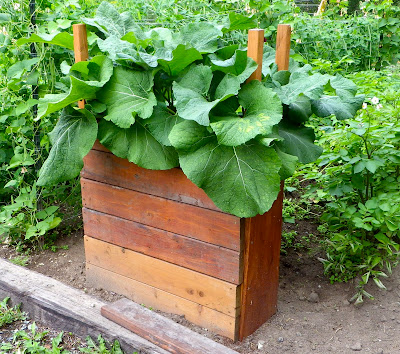 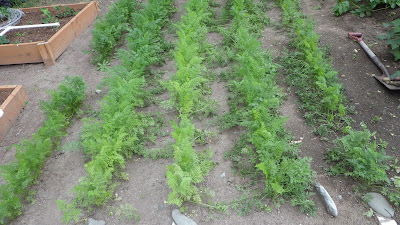 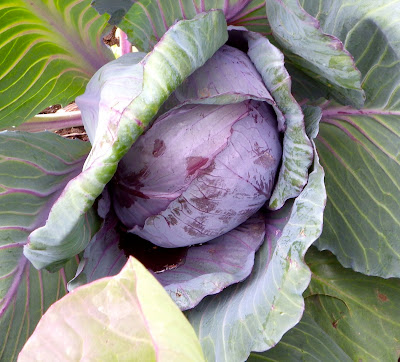 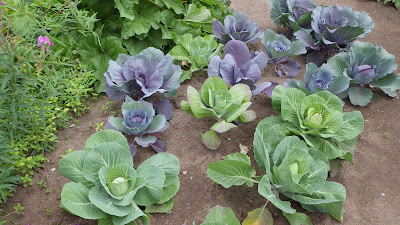 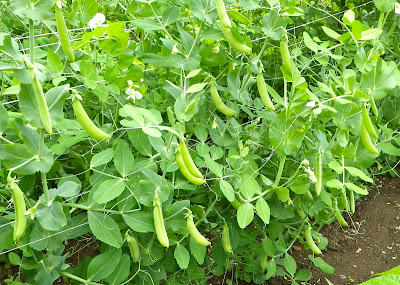 Red Aroch - great for salads, ready to be made into brilliant scarlet pasta noodles: 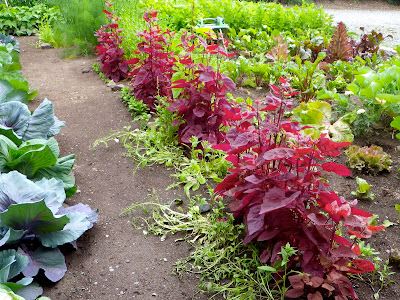 Cilantro, ready to be made into pesto: 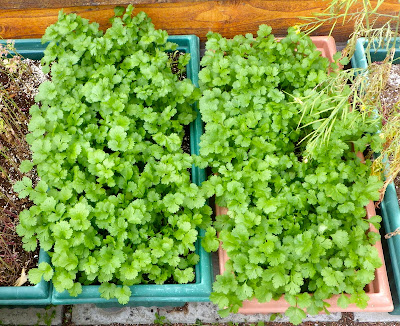 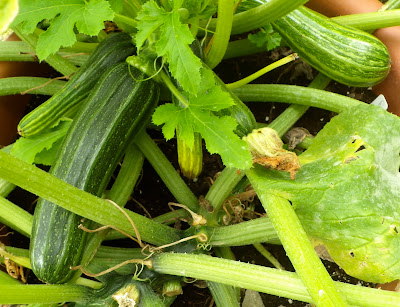 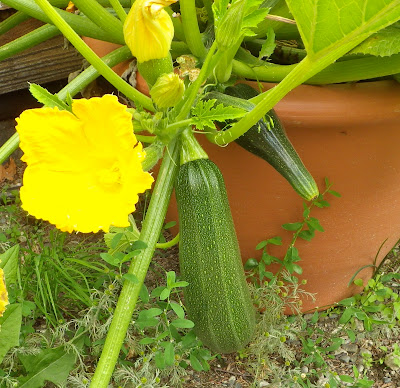 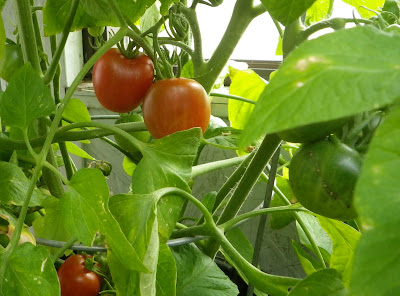 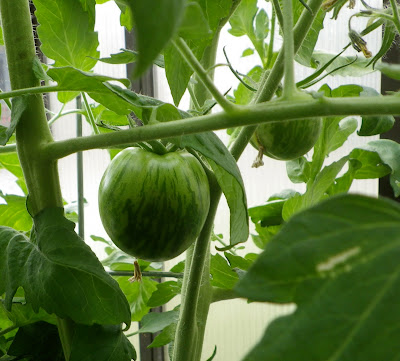 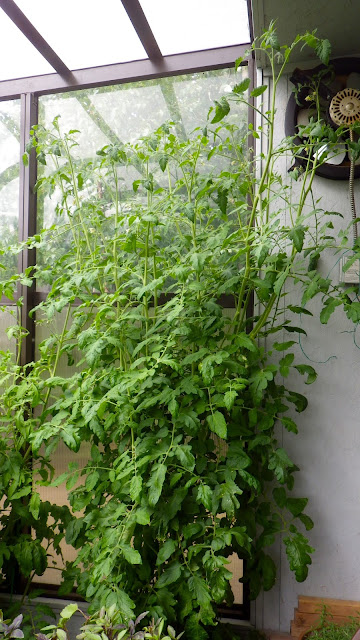 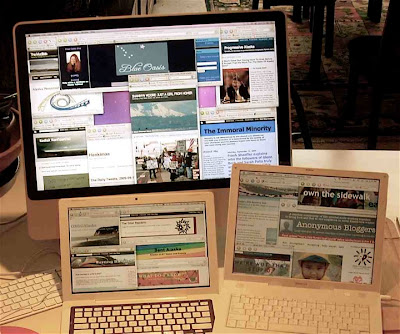 The U.S. Senate is in the midst of attempting to either define what it is to be a journalist in America, or to limit it.  This revolves around congressional concerns over the revelations of massive surveillance programs conducted by our government and its highly-paid contractors, by writers, radio announcers and television personalities.

These attempts to limit who qualifies as a journalist are meant to leave certain categories of people who publish information and ideas unshielded from retaliation, or exempt from so-called "whistleblower protections":


The Senate Judiciary Committee, looking to provide protections for journalists and their sources, ran into a roadblock Thursday when lawmakers couldn’t agree on the definition of “journalist.”

Under the legislation, journalists wouldn’t have to comply with subpoenas or court orders forcing them to reveal sources or confidential information unless a judge first determines there’s reason to think that a crime has occurred and government officials have exhausted all other alternatives.

It’s the third time Congress has considered a “shield law” for journalists. Similar bills have failed despite bipartisan support.

The bill defines a journalist as a person who has a "primary intent to investigate events and procure material" in order to inform the public by regularly gathering information through interviews and observations. The person also must intend to report on the news at the start of obtaining any protected information and must plan to publish that news.

But senators disagreed on how to define journalists, since some thought the bill’s definition wasn’t specific enough.

Sen. Dianne Feinstein, D-Calif., wondered whether it could be used to provide protections to employees of WikiLeaks, an organization that allows anonymous sources to leak information to the public.

"I’m concerned this would provide special privilege to those who are not reporters at all," she said.

Feinstein wants to have whether or not one is paid to publish and distribute information to be a limiting factor:


Feinstein suggested that the definition comprise only journalists who make salaries, saying it should be applied just to "real reporters." The sponsor of the bill, Sen. Charles Schumer, D-N.Y., was against that idea, since there are bloggers and others in the Internet age who don’t necessarily receive salaries.

"The world has changed. We’re very careful in this bill to distinguish journalists from those who shouldn’t be protected, WikiLeaks and all those, and we’ve ensured that," Schumer said. "But there are people who write and do real journalism, in different ways than we’re used to. They should not be excluded from this bill."

Not surprisingly, some, most notably from the on-line community, are concerned:


The debate comes amid a chilling climate for journalists and their sources who cross US power. Bradley Manning was found guilty Tuesday of over 20 counts including espionage and is facing a potential 136 years in jail for revealing documents to WikiLeaks that exposed US human rights abuses and corruption across the world.

"It is dangerous to rely on only those sources the government deems worthy of protection," said Nathan Fuller, writer for the Bradley Manning Support Network. "WikiLeaks is a serious news publication: it edits material and protects sources. Wikileaks has anonymous submissions because it knows its contacts don't get protection."

The bill advances following a May scandal in which Justice Department officials were publicly exposed for seizing phone records of AP reporters without due process or notice and monitoring communications of a Fox News reporter.

Meanwhile, journalists expressed outrage at Feinstein's denigration of unpaid reporters in a climate where journalism jobs are quickly disappearing and independent, and often unpaid, reporting plays a key role in exposing the truth and holding power accountable.

Alaska bloggers have been responsible, on occasion, for exposing egregious wrongs of government officials, and questioning various policies of the state of Alaska, and other government bodies or agencies.  The question of whether or not we are journalists seldom if ever comes up in such an acute way as it is during this U.S. Senate debate.

Is there a working definition of "journalist" in Alaska?  I don't think so.

During some criminal trials and civil proceedings, the people responsible for security at these proceedings seem to have been arbitrary in the past on how they treated bloggers or people not directly affiliated with a published newspaper, radio or television station.  Even though I am certainly unpaid for every article I've published at Progressive Alaska, I have seldom been excluded from a hearing, or from a press event.

Rather, the opposite has occurred:  Soon after I started this blog, I was asked to join the Alaska Press Club.  Soon afterward, one of the club's officers asked me to run for the board of directors, which I did.  I served a term, and part of another one.  Some reporters in Alaska certainly do look down on bloggers, but that's just them, not the prevailing culture.

Using Diane Feinstein's criteria of choosing "those who are not reporters at all" from any protections for uncovering wrongdoing, how many Alaska bloggers are "reporters," how many not?  Does it have to do with salary, number of hours spent per week on performing research or related efforts, and if one has a boss-editor?  Beats me.

Would my status change in Feinstein's eyes, if I started running ads at PA, like they do at The Mudflats and The Immoral Minority?  Or posted a Pay Pal button, like at The Alaska Commons?

Is Steve Aufrecht at What Do I Know?, author of by far the best series on Alaska's ongoing redistricting epic, not a journalist, merely because he doesn't beg for money, or have some other stipend related to the blog?

The Senate bill, while posing as something that will assure journalists of certain rights, is looking like it will end up limiting them.  We can also see, state statutes forbidding photographing animal abuse at meat packing plants, for instance, as doing the same - limiting rights held under the 1st Amendment.

There will be more of this, as the National Security State grows, hand-in-hand, with corporate kleptomaniacs.
Posted by Philip Munger at 11:19 AM 3 comments: