The Shannyn Moore Show Starts This Evening on KBYR - 5:00!! 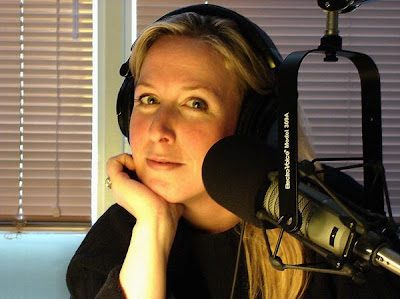 Or at least until they come to their senses and put her on every day during the week.
Posted by Philip Munger at 12:27 PM

I am sure looking forward to it.

Oh cool! I'll be listening. Thanks for the information.

just listened. And KUDO FIRED HER??? She hasn't had her own show since June...and just knocked that out of the park????

KUDO and the IBEW1547 ought to bury their head in shame for letting her go...

It was soooo goos to here her on the radio again.

Go to:
http://www.radioratingz.com/
and rate it. Make sure the rating is under KBYR and not her old show on KUDO

She should host that show where people call in to sell their old junk.

Needless to say there was kind of an awkward moment followed by some guy yelling and screaming at me.

I thought Shannyn did well.

Her writings have extended her audience from local to statewide, national and international. By combining her writings and other media appearances with this show, we just might see it TAKE OFF!

What kind of Lame question is that....Should the gov. be allowed to write a book while in office......

Obama signed a book deal and he is in office. And he is the president of the United States....

I hate it when people are hypocrites