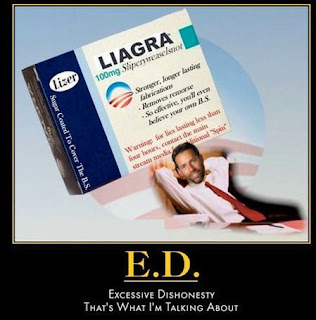 I predicted earlier in this series that Joe Miller would end up third in the Alaska U.S. Senate race. The accumulation of bizarre actions by Miller or his campaign staff over the past four months will finally catch up with him by the end of this week, the final one before this year's pivotal November election. There's just no way he can survive this:

In the short span of time the employees were trying to get to the bottom of what had happened, Miller lied no less than four times:

He told them he'd had to use another computer because he couldn't access the website he needed to get to on his.

He initially denied being on more than one computer

And he claimed he was visiting a professor's website at the University of Alaska Fairbanks.

In a written account of events offered by one of Miller's co-workers -- identifed in an earlier records release as "employee 3" but now known to be Jill Dolan, Miller's acting supervisor at the time -- Dolan states that the office staff felt none of what Miller was saying made any sense and that he was acting bizarre.

Miller had also been talking about threats he had recently received, but wouldn't offer specific details. Dolan also didn't trust his stories about the computer use because he had, some time earlier, been asking a lot of questions about accessing the computer servers and wanting to make sure they were safe from hackers.

He insisted his colleagues were "overreacting" and even attempted to shift the blame to them.

"He maintained the whole time he did not violate the computer use policy and that actually all of us did for not securing our computers," Dolan wrote.

The final nail in Miller's coffin will be revelations about his military discharge and the circumstances surrounding it. I truly hope someone will be able to come up with the info before election day. The DD214 leads one to believe he may have resigned under pressure of firing, as in all of his other jobs.

Serious mental health issues loom large and should be explored/exposed. The North Star Borough's records point squarely in that direction.

Trouble is that so many of his supporters are, to be kind, intellectually and morally challenged and would vote for him no matter what he has done. Now how many of these voters are there?