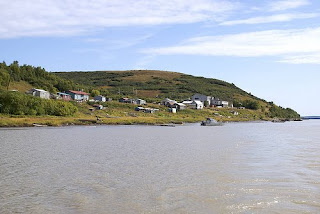 For several years, particularly during the gubernatorial administrations of Steve Cowper, Wally Hickel and Tony Knowles, it seemed like each legislature would be called back into special session to consider another approach to "solving" the problem.

Title VIII of ANILCA defines subsistence and its rural preference provisions. It is Federal law, and is in conflict with the Alaska Constitution.

Most of these legislative special sessions have been attempts to reshape a clearly defined rural, mostly Alaska Native, preference. Each special session tried to sell a new brand of snake oil.

With more and more citizens, realizing that rural Alaska issues are becoming important again, and the poignant efforts of Emmonak elder Nick Tucker being highlighted most of 2009, we can expect this year to bring focus back onto subsistence more than any year in over a decade. 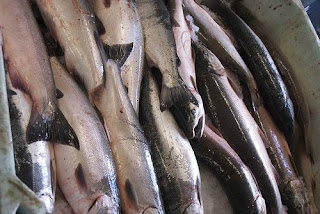 On Wednesday, March 4th, the University of Alaska Anchorage Community Forum will host a panel on subsistence. Here's their information:

The Future of Subsistence

Panelists will discuss the challenges of applying traditional ways of knowing in subsistence management, and the legal frameworks evolving to accommodate subsistence activities.

The following questions will be addressed:

On Thursday, February 19th, the University of Alaska Debate team hosted a debate and discussion. The debate question was "Should the state of Alaska devote resources to sustain rural villages?”


Alaska Public Radio Network carried a long feature on this, on February 20th. It featured Larry Merculieff, who will be part of Wednesday's discussion, as one of the public participants. Merculieff had this to say:

[Alaska's Native people] don't want something for nothing. I remember sitting just six years ago in front of the North Pacific Fisheries Management Council, arguing for 1% of the human take of halibut, in Alaska shores, for Alaska Native peoples. One percent. And we got a counter-argument from member of the council that said, "Well, if your population increases, do you want another 1%?"

Wow. Wow! And they got - what? 98% for sport and commercial fishing. 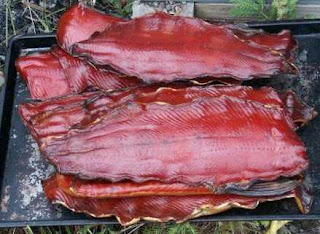 Rural New York and urban Southern California don’t sustain themselves. We all sustain each other to one extent or another.

Emmonak has some of the strongest people of spirit anywhere. They are not people looking for a handout.

Regarding the situatation this winter in the Yukon-Kuskokwim Delta, Benson added:

If this had happened in Wasilla, if something somehow had prevented people in Wasilla from getting food or fuel, we would have all helped out without thinking anything about it.

Every single person deserves safety, and that responsibility has not been satisfied.

philip, this is pretty interesting, eh.

This is excellent, Phil.

We went with Diane to the very informative debate on the 19th. It's encouraging that people are talking about these issues.

I'm a conservative hunter and fisher who almost always sides with the villages on subsistence issues. Their subsistence rights come first.

I think many of the villages are missing out on opportunities to take advantage of "trophy" hunters or "sportsmen". I don't consider myself to be either but I can see an opportunity.

They could provide guides, lodging, etc on their lands and let the people go home with their horns or hides but keep the meat in the village. They would get both cash and food as part of the deal.

I've been wondering that myself, holikachuk/Anon @ 10:05 AM. I proposed something similar in a call for ideas over at Mudflats a week ago; although I wasn't sure if it was a feasible suggestion because I'm not an Alaskan, native or otherwise.

At the time I'd referred to a similar commercial/cultural mingling for the benefit of First People -- I related the story of Tillicum Village on Blake Island in Puget Sound, down in Washington state.

Your suggestion would take some shrewd management to set up, but as long as the natural resources are available -- the migrating, and possibly dwindling herds, the bear and other furred animal habitats -- it could be one opportunity, indeed.

I've been to Tillicum Viilage. I used to scuba dive directly offshore from there when I lived in Seattle.

There are "concessions" (that's what the Washington State Parks refer to Tillicum Village as) like TV around Alaska already. There are a couple outside Ketchikan, for instance. The Anchorage Native Heritage Center is a more successful model, probably, of what you're thinking of. Seattle's Daybreak Star Cultural Center is similar to a combination of TV and the AK Native Heritage Center.

I'd like to see something more empowering and possessing more power over a wider ecological area than any of these.

i thought for sure there would be a rant about Morgan Christen by now.

Mudflaps, Angry Diva, yer'all silent on this one.

C'mon, there HAS to be something to bitch about there.

Was Eric perhaps the better choice ?

I thought Morgan Christen was a great choice, and I was pleasantly surprised. I've worked in the legal biz here since 1975, and I've never heard anyone talk bad about her.