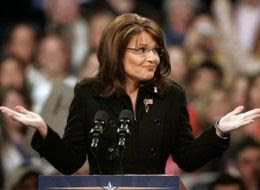 On Thursday, Alaska Newspapers ran another letter by Emmonak elder, Nick Tucker. He expressed outrage at the way Alaska Gov. Sarah Palin is handling the ongoing crisis in the lower Yukon and Kuskokwim Rivers. Here are excerpts:

First off. I am outraged.

Think of this: Did Martin Moore and I have to go meet Gov. Sarah Palin there in Russian Mission and Marshall? Why did she not come here to Emmonak?

It took away the most precious time of my life to have to be absent from my granddaughter’s and nephew's first Yup'ik dance in Alakanuk that evening.

About whom and to whom was she referring that top leadership in what village(s) should be changed? This is a blow to all rural villages telling each one of us that our past and current leadership isn't worth being there!

I have faith in my fellow rural villages and their leadership. They have brought their villages to where and what they are today with challenges greater than most in our vast state. Is it not embarrassing enough to have to cry out, let alone be put down by our state leadership? I think all rural Alaska deserves an apology and never to be treated like this again. We are unique to the state, contribute our rich resources into the state and urban cities and barely have anything in return to improve ourselves.

In response to the letter, Palin's rural advisor, John Moller, said efforts are ongoing in Emmonak.

Moller said he spoke to Tucker three times while in Emmonak, and at that time, Emmonak had already received thousands of pounds of food from both state and private resources.

Moller was interviewed this week by Alaska Newspapers' Statewide Editor, Alex DeMarban. It is the first in-depth interview with Moller. Moller seems sincere but way out of his depth in this new post, that has either been left without support, vacant or - a now appears to be the case - clueless, for its entire life. Here's a bit of the Moller interview:

DeMarban: Are there specific ideas that stick in your head?

Moller: An awful lot of examples. Tourism. It was real obvious when I was there that there are some basic services that can be provided, from appliance maintenance person, small engine repair, that type of stuff was very obvious. I found out there was a boiler guy in Emmonak that was certified to work on boilers. The caveat is there’s no economy. Nobody can pay for his services necessarily.

DeMarban: Can you name one idea, or generally describe one idea you might look at?

Moller: One idea is the propane idea, and I’m not the expert on the gas line so that’s some information I’m going to pass on. Propane is a resource that’s readily available of which we already have an infrastructure in place. Now, I’m not the expert at it.

De Marban: Is that in reference to a line coming from the North Slope?

Moller: It’s general statements and comments coming from rural Alaskans. We’re going to build a gas line, how do we get this gas, this propane to our communities. It’s why can’t we tap our own resources.

Moller does, in the interview, seem to have a glimmer of a clue on a few issues involving the dysfunctional rural economy, but his answers on fisheries issues appear so clueless, I find it hard to believe that he was put on the advisory board of the North Pacific Fisheries Management Council for what he knows.

Nick Tucker is not going to get an apology from the Palin administration, certainly not from the governor. It is telling, though, that Palin, who passed up so many highly qualified women and men, and ended up appointing Moller to this post, feels fit to pass judgement en masse on rural Alaskan village and community leadership.

Governor Palin is being sued over her failure last year to issue a Juneteenth proclamation:

A federal lawsuit was brought against Alaska's Governor Sarah Palin demanding retroactive issuance of the 2007 Juneteenth Proclamation and public restitution.

The holiday observance, which celebrates the freeing of the last remaining slaves in Galveston, Texas on June 19, 1865, has been adopted in 29 states and was signed into law in Alaska in 2001. The bill specifies that the "governor shall issue a proclamation observing the day."

Sarah Palin has refused to issue the proclamation for 2007 retroactively.

The lawsuit is being brought by Charles Royal, a musician who met Sarah Palin in 1991 when The Duke Ellington Orchestra toured Alaska. On that occasion, Sarah Palin told Royal that she does not "talk" or "mess with" Black men.

Charles Royal went to the media with his experiences on October 7, 2008, after he became aware that the vice presidential candidate was the very same Sarah Palin. He didn't believe she was suitable for high office. That's when he became aware that she had failed to comply with the Juneteenth Proclamation in 2007 and that several Alaskan citizens had been trying, unsuccessfully, to consult with the Governor regarding her race record in Alaska.

Royal maintains that "The focus of this action is to hold Governor Palin accountable and to uphold the integrity of our emancipation holiday".

In an e-mailed response from Sarah Palin's Press Secretary Bill McAllister, the governor's office admits the failure by claiming it was a "clerical error".

Clerical error or not, she should probably apologize to Alaska's African American community.

I hope that Gov. Palin uses the opportunity afforded by accepting the Juneau area Democratic Party leadership recommendation of Rep. Beth Kettula to fill the vacant Alaska Senate seat of Kim Elton, to apologize to Elton for her highly inappropriate remarks, made on March 2.

The good news for Palin is that nobody expects her to also apologize to Rush Limbaugh.

Find a big map of Alaska. Take a black marker and draw a circle around Fairbanks. Now draw a big circle around Anchorage. Other than the military bases, there are NO revenue generating resources in those areas. All of the Oil, Gas, Coal, Gold, Minerals, Fish and Timber are extracted from areas outside the circles to the great benefit of those living and working inside the circles. Even Tourism cannot be counted as an inside the circle resource; no one travels to Alaska to see Anchorage or Fairbanks; they all want to see and experience those areas outside the circles. So, why is it that when communities outside the circles are hurting, they must beg those people inside the circles for help? Same reason Alaska got up in the Oil Companies faces over royalties last year; we weren't getting our fair share (and still aren't). Villages must rise up and demand their share of the resources and stop letting the old population method rule the pursestrings.

(Who am I to speak - I'm a state employee in Juneau)

If there is no need for food now in Emmonak, it's because thousands of private citizens and "pajama bloggers" like myself sent it, while Sarah was flitting around Washington tooting her own horn.

I think we all ready give more money per capita to bush Alaskans than anyone else.

Emmonak residents now claim they are entitled to a share of Oil revenues from the North Slope. Why???

Is everyone afraid to say the King has no clothes. Stop blaming the Governor for your own decisions.

Phil, by your silence I assume you are tacitly supporting this "give me" attitude.

Mr. Tuck is being used by some Liberal Palin haters.

Emmonak, Have some pride. You sound like an idiot.

Based upon Palin's question, Who is Barack Obama? And her accusation of him palling around with terrorists, and her ignoring the Juneteenth Celebration, one thing is clear...

anon @ #4 - I'm not supporting any handouts to anyone. I have no idea where you got that idea from.

I'm recounting, among other things, what Mr. Tucker said in his latest letter.

I do believe, though, that if we were being better stewards of the Yukon River's overall ecosystem, folks like Mr. Tucker wouldn't feel compelled to make a case for assistance at this time.

The answer is not charity. Charity is sometimes needed for short-term emergencies but long-term something needs to be done.

Part of being a good steward of the Yukon River ecosystem is management of predator populations where needed. That includes wolves and bears in some upriver areas and human predators on big boats on the high seas. It's all part of one package.

I believe the recent game board decision for Nelchina Caribou and moose is a step in the right direction. Perhaps something similar can be done in these lower Yukon villages.

I am really happy to see you use the term steward, Phil. That means you believe that we do have a role in management of the ecosystem.

I follow your blog regularly, and I think it's fine to criticize Palin for her policies. But to give a forum to the likes of bottom-feeding scum like Charles Royal is just wrong.

Royal is the one who, in 2008, suddenly "remembered" and went public with ridiculous allegations that in 1990, Palin backed out of having sex with him because she suddenly realized he was a light-skinned black man.

Come on, guys - we're better than this.

I don't know much about Charlse Royal, but I did read the complaint in Royal v. Palin. It states Royal met Sarah Heath in 1991 and last year realized she was Sarah Palin. But Sarah and Todd have been married since 1988. It doesn't ring true to me.

Kelly's right. Giving credence to personal vendettas isn't productive. Too bad she didn't just apologize when the omission was first noted — that would have nipped it in the bud.

This is on the blog for two reasons:

It appears there really is a lawsuit.

The Governor did not acknowledge Juneteenth.