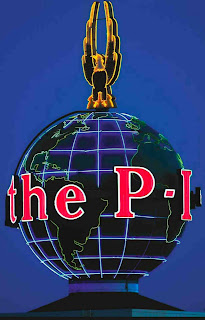 Between 1970 and 1973, when I worked as an announcer, producer, music & news director at Seattle's KRAB-FM radio, I fell in love with the Seattle PI. The main reasons were that I had the time to read it and a need to be newly informed in the morning.

My day would start off at 4:00 or 5:00 in the morning. I'd eat, shower, dress and get on my bicycle. For a while that was Capitol Hill, then Lake City. I'd ride the bike to the radio station, which was about 91st and Roosevelt Way, in an old, converted donut shop.

Once I turned the series of switches to the transmitter on it needed to warm up between 30 and 50 minutes, depending on the time of year. I'd either go across the street to a 7-11 store, or down the street to a little diner, and get a copy of the PI.

The early 70s were the end of our direct involvement in Vietnam. Although the PI was a Hearst paper, the local writers and editors were distinctly liberal. Compared to Seattle's other daily paper, the afternoon Times, they were also staunchly pro-union.

When crazed, off-duty Seattle police invaded two University of Washington dormitories, busting heads and breaking limbs, the PI interviewed students. The Times didn't show up, accepting the Seattle Police version of events that denied any of their officers could have been involved.

When rioting broke out in Seattle's Central and International districts, the PI interviewed many minority activists. The Times interviewed more police.

I have many other memories of the PI and of the Times, but today, I can remember sitting outside the KRAB radio shack, reading the PI, sipping black coffee, smoking a Lucky Strike, reading about the Watergate break-in.

Here are a couple of recent David Horsey cartoons: 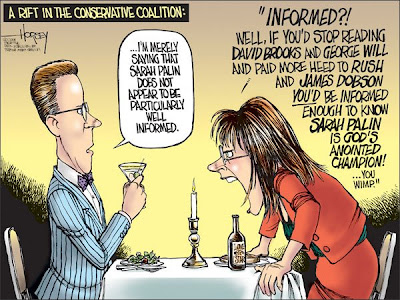 Posted by Philip Munger at 2:09 PM

And I remember that there was talk even then that the Times and the P-I would merge -- I guess the closest they ever came to that was merging the Sunday edition (at least I think that's what they did -- I haven't subscribed to either paper since 1969).

I wonder if they'll keep that big ol' globe in place? It's a landmark, like Bob's Doghouse Restaurant used to be (which, of course, is no longer there on Denny Way).

How funny, seems like you and I must have almost been running into each other! I moved to Seattle in 1970, lived up at 73rd & Ravenna til 1975, across from the old Albertsons @ Greenlake. Marched in the protests, as well, my very first protests ever.

I've also got a couple of Doghouse tshirts, bought not long before they closed. Cared for a coworker with AIDS, who had been a 'regular' there. What memories you bring me!

I'm really SAD to lose my PI, today's last issue was heartbreaking. Times is "automatically" switching our subscriptions over, but I probably will cancel. Times doesn't fit my views or values. Actually, the only thing 'merged' in the Sunday Times was to tuck in the two PI editorial pages.
Kath the Scrappy from Seattle

Those were the days! I lived on Capitol Hill (69-70?). Then U-District - couldn't sleep at night because of the noise from the Cambodia riots. I only remember the Times. I was not aware of the politics of media at the time. I realized it later in San Francisco. I was so pissed at the SF Chronicle. They were like the Enquirer! I'll have to do the Google and find out how they are doing.

nice little sketch, philip. serious bummer to watch this go down, even when its expected. i told a friend about the P-I's last day. he wasn't that impressed with 146 years. apparently his hometown paper, the hartford courant has been on the streets for almost 300 years!