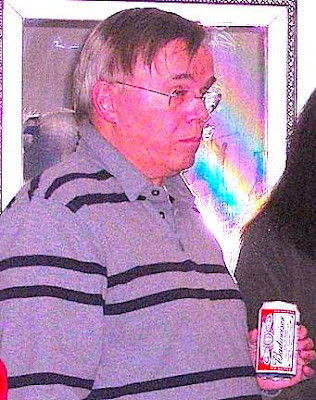 I am extremely disturbed by the actions of your colleague Representative Mike Doogan. Doogan’s outing of Mudflats is extremely unethical and probably illegal. That he used state resources-legislative email account, state time, his constituent email list, etc. justifies the legislature taking prompt action against him.

The right to anonymity is critical to political discourse and plays an important role in checking our politicians. Anonymous communications have an important place in our political and social discourse. The Supreme Court has ruled repeatedly that the right to anonymous free speech is protected by the First Amendment. A much-cited 1995 Supreme Court ruling in McIntyre v. Ohio Elections Commission reads:

Protections for anonymous speech are vital to democratic discourse. Allowing dissenters to shield their identities frees them to express critical, minority views . . . Anonymity is a shield from the tyranny of the majority. . . . It thus exemplifies the purpose behind the Bill of Rights, and of the First Amendment in particular: to protect unpopular individuals from retaliation . . . at the hand of an intolerant society.

The tradition of anonymous speech is older than the United States . Founders Alexander Hamilton, James Madison, and John Jay wrote the Federalist Papers under the pseudonym "Publius," and "the Federal Farmer" spoke up in rebuttal. The US Supreme Court has repeatedly recognized rights to speak anonymously derived from the First Amendment.

The right to anonymous speech is also protected well beyond the printed page. Thus, in 2002, the Supreme Court struck down a law requiring proselytizers to register their true names with the Mayor's office before going door-to-door.

These long-standing rights to anonymity and the protections it affords are critically important for the Internet. As the Supreme Court has recognized, the Internet offers a new and powerful democratic forum in which anyone can become a "pamphleteer" or "a town crier with a voice that resonates farther than it could from any soapbox."

This country was founded on: Life, Liberty , and the Pursuit of Happiness. It really boils down to this:

The Supreme Court opinion is righteous and rooted in precedent and history. Representative Mike Doogan was irresponsible, unethical, illegal and blatantly wrong in his callous disregard for anonymous free speech. His ill-thought action is rooted in malice and envy and demonstrates he is absolutely and unquestionably unfit for public office.

This is an extremely urgent and important non-partisan legislative issue. It requires the highest and swiftest punishment that can be dealt to a sitting legislator.

image - Doogan and Bud
Posted by Philip Munger at 10:08 AM

This will be long, but here's what I emailed to Pat Dougherty, the editor at ADN:

I was deeply disturbed to read today's edition of The
Ear. I am a born and raised Alaskan, and have lived
approximately 35 of the 40+ years of my life in Alaska. As
such, I know that The Ear was published anonymously for many
many years. As a moderate Republican I read the Anchorage
Times until it ceased publication, but subscribed to ADN's weekend edition (Sat & Sun) primarily because I enjoyed The Ear, its irreverance, its ability to poke fun at politicians and others who took themselves too seriously. A lot like The Mudflats, come to think of it.

Today, however, The Ear crossed a moral & ethical line. When The Ear chose hypocrisy over the moral
high ground, when The Ear elected to publish the full name of AK Muckraker, it became irredeemable, and you, as the editor who allowed that information to be published, became irredeemable as well. Below I am pasting the text of an
email that I sent to local friends and family today. I hope that you will take the time to read it, that it will, in some way, impress upon you the harm that your actions
have done to your publication and your reputation, as I am certain that I am not the only ADN reader who feels this way.
>
> Regards,

>
> Hello All,
>
Another infuriating stunt by the Anchorage Daily News, another crusading email from me.

Today the ADN took it upon themselves to put the name of AK
Muckraker in The Ear. Ironically, the supremely hypocritical Sheila Toomey has decided that the fact that she wrote The Ear anonymously for about 15 years is an insignificant detail, and has gone on the record, with the assistance & complicity of the editor of ADN, as supporting Doogan's actions in outing AK Muckraker, further compounding the insanity by publishing her full name (since that monumental idiot doogan had not actually got it
precisely correct.)
>
As was expected to happen once doogan revealed the name of
AK Muckraker, there is already a Palin-crazy site that has
published a photo of AK Muckraker, along with a google map with directions to her house, her address, her phone number and her full name, as well as her place of business. So, today the ADN jumps on board the crazy express by correcting the name & allowing the Hypocrite of the Year, Sheila
Toomey, to print AK Muckraker's name in The Ear. Must make sure that the Palinistas don't target the wrong house when they show up with their crazy on!
>
I canceled my subscription back in the fall when it became apparent that ADN was unable to take a meaningful stand in regard to politics -- Alaskan, national, and
international. If ADN cannot even render itself relevant at a local level, what exactly is the point of supporting it? I ask that you all consider whether or not they are worth your support, if the small bit of "news" that you get from them on a daily basis, through your subscription, is worth the subscription price that you pay, as well as the more important price that is paid in the
compromising of your personal principles, in supporting a
"local" newspaper that serves its readers so poorly.

This issue of outing anonymous bloggers who speak truths
that the ADN is not willing to report is deeply troubling.
At some point we all must decide where we draw the line in
supporting these travesties. When people can be harmed as
a result of someone's actions (or lack thereof), I think that the line becomes very clear.
>
Please consider canceling your subscription.
>
I will be sending the text of this email, along with a personal note, to the editor of ADN, so that he is aware that this issue resonates, that while there may be a few journos out there jumping for joy that another blogger has
gone down, there are still citizens standing, and standing
up for what they believe in. The editor of ADN can be reached at editorsblog@adn.com with any questions or comments that you may have regarding this or any other
matter relating to ADN.
>
> Thanks,

Great letter. I'm curious to see how his fellow legislators respond to this.

Doogan's newsetter at the akdemocrats.org page has deleted the reference to mudflats.

What I'm wondering is whether entities other than Doogan (like the ADN and the Alaka Dispatch), who published AKM's identity and thereby violated her privacy rights, can ALSO be held accountable through an invasion of privacy lawsuit?

That is an interesting thought to me. Sure Doogan violated AKM's privacy and thus is wide open to a lawsuit; in addition, others could be equally culpable.

This issue has raised so many juicy legal issues.

Thanks for publishing my email. Anyone may cut and paste what they need if they wish to contact their legislators. I know I did! No sense in reinventing the wheel.

I tried to talk to Matt Zencey of the ADN at the Press Club Banquet Friday. To be fair, there were people Matt was interested in talking to, but he was pretty dismissive. Here is my letter to him w/o the copy of my legislative email:

I met you at the Press Club Banquet Saturday night. I asked you why there was ZERO mention in your newspaper about the outing of Mudflats by a state legislator using state email and on the state’s time using his state legislative constituent list.

That you practically mocked my mention of the anonymous authors of the Federalist Papers with a curt, “Mudflats is no Federalist Papers!!!” demonstrates to me an elitist and condescending attitude that in my estimation certainly prevents you from seeing a dynamic and very important news story. Perhaps this is why the ADN is failing. AND…I understand that you are over the editorial page.

It was a complete joke that the Anchorage Daily News’ only mention of this unconstitutional and reprehensible act was in Sheila Toomey’s Alaska Ear. Unbelievable! Mike Doogan knew for years that Toomey authored the Ear. Apparently, he was just fine with an anonymous author dressing down the political and business who’s who of Anchorage every week. And insult to injury was another elitist and hugely hypocritical observation from Toomey herself, “If you can’t take a punch, don’t step into the ring.” That’s a laughable line coming from her-the until recently anonymous gossip queen. She, like you, just doesn’t get the larger implications of this unraveling story; a Democrat exacting revenge on an internationally known progressive blogger; the fact that the Supreme Court has UPHELD anonymous free speech in recent decisions.

Who was Doogan’s source on Mudflats’ identity? Ironic and hypocritical of him not to reveal that, right? I, like so many in recent months, canceled my Anchorage Daily News subscription a few months ago. That said, I was missing having a hard copy paper in my hands every morning and considering signing up again. But the non-coverage of an important story convinced me not to.

I am copying the text of an email I sent to my legislators this morning. I outline the implications that I tried to communicate to you last night.

I understand there were distractions and a lot of people you wanted to catch up with. However, I thought appropriate Michael Carey’s recollection at the banquet about what Howard Weaver used to tell him, “ANSWER THE PHONE!” I believe that might be a metaphor for actually engaging ANYONE that talks to you about your newspaper.

phil, I still found the reference to mudflats at the akdem org site... Did a google on am democrats and clicked on the front page, then saw it there, under updates.

I've contacted the webmaster for the akdemocrats.org web page, to note that keeping the letter by Doogan up may be a liability. I've also contacted the top Democrats in Anchorage, noting that they need to be prepared for a shitstorm, like when Patti Higgins goes on Carrigan's program tomorrow.

You can call the webmaster to request they remove Doogan's post:

Thanks, Kelly, for fighting the good fight!

Now, who is Patty Higgins?

quyaana! Phil
This is anon@#6 (aka anony-mouse) and I will be nice when I say I wanted to change my undeclared to democrat, but, well, shucks, that "outing" thingy looks morally wrong to me.

Gosh, the above paragraph has alot of references to me, which might help with the deep intensive tact needed, too inform his arse, that doogone is hopefully seeking the sanctuary of remorse.

I have newfound respect for anonymous commenters, even though dealing with them as a host can be aggravating.

If Doogan found it in himself to earnestly apologize to AKM, he might find some salvation.

proud to be an anonying anonymous mouse!

Kelly Walters/anonymous @ 10:54 AM, if you so choose, or if you are disappointed in Pat Dougherty's response to your e-mail, you COULD post a new topic with an appropriate title and the gist of your comment/e-mail in the ADN "Opinion" section, under "Letters: Unfiltered".

People DO read those topics and comment on them!