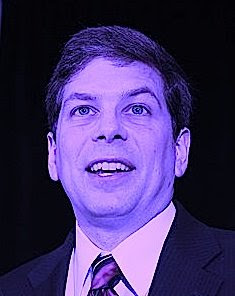 If you've been over to Blue America lately, you may have noticed we've taken down a name. Many of us had a suspicion it was just a matter of time before our borderlinest endorsee from last year, Mark Begich, would, sooner or later, come screaming out of the closet as a full-blown... well, not sure exactly what. He's not interested in being a progressive, as we figured out as the Alaska senate campaign wore on and departing staffers warned us that he wasn't what he portrayed himself as. Then after the election... a so-so voting record. Oh well, we thought, at least he's not as bad as Landrieu, Nelson and Bayh.

Today Bayh announced that Begich is as bad as himself.

Many allies had asked me why we weren't endorsing and raising money for Jeanne Shaheen last year. I wanted her to beat Sununu, of course, but I never add anyone to the Blue America list unless I want to write a check personally. And she just smelled like a Blue Dog or DLC character to me. That was borne out yesterday as she joined Bayh's Bloc of right-leaning conservative Democrats who seem eager to hold up President Obama's agenda, even if it means bolstering the heinous Senate Republicans.

Bayh's bloc's agenda is to eviscerate Obama's agenda in order to prevent healthcare reform and climate change policies. The Democrats willing to admit to being part of this new anti-Obama bloc are all the usual suspects, the conservatives with shit voting records who seem always eager to show the folks back home how much they detest working families and how dependable they are when it comes to denying the aspirations of ordinary Americans (listed in order of how frequently they vote with the GOP on contentious matters-- from bad to worse: Jeanne Shaheen (NH), Mark Warner (VA), Michael Bennet (CO), Kay Hagan (NC), Bill Nelson (FL), Herb Kohl (WI), Mark Begich (AK), Mark Udall (CO), Evan Bayh (IN), Claire McCaskill (MO), Tom Carper (DE), Blanche Lincoln (AR), Joe Lieberman (I-CT), Mary Landrieu (LA), and, worst of the worst, Ben Nelson (NE). 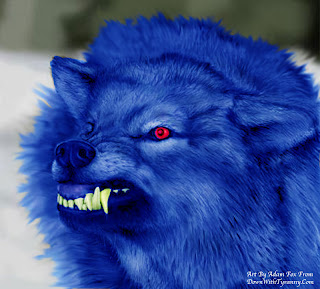 Bayh went on Joe Scarborough's right-wing morning show to blare his intentions of screwing up the Democratic Party and the country and admitted that "3 or 4" other Democrats are in "a witness protection program" (i.e.- too cowardly to admit what they are).

Sources tell us that the others are Mark Pryor (AR), Max Baucus (MT) and Jim Webb (VA). I sure hope John Tester isn't a fourth.

Oh, well, we now have a new question for Senate candidates asking for Blue America assistance: "are there any circumstances that you would join with the reactionary, anti-family conservatives that Evan Bayh has formed to fight change?" If the answer is "yes" or "maybe" you can be sure they won't be on our endorsed list of candidates. Meanwhile Campaign for America's Future has launched the "Dog The (Blue) Dogs" campaign, urging Americans to call Blue Dog congresspeople and demand they support President Obama's budget. Bob Borosage explained what they're trying to accomplish yesterday at HuffPo.

And Rachel Maddow explained the ugly phenom on her show last night:


If you don't like the idea of conservatives hijacking everything we accomplished last year-- and watering down everything Obama is striving to accomplish, and doing it all at the behest of their campaign donors Big Oil, Big Pharma, insurance companies, agribusiness, global corporations, Wall Street, please consider donating to a proven fighting progressive running a grassroots campaign for the Senate seat in Florida, Dan Gelber. The conservatives

can always count on Big Business. Progressives like Dan count on us.

The finance/insurance/real estate sector, responsible for the devastation of the economy is especially close to Bayh and many of the members of his bloc.

These industries have donated more legalized bribes to members of Congress than any other sector-- $2.2 billion since 1990. and while most of the money has gone to actual Republicans (55%), take a look how some of the very worst Democrats have raked in the tainted money in return for voting against their constituents' interests (the 10 worst listed in order from corrupt to even more corrupt):

image of rabid blue dog - Adam Fox at Down With Tyranny

Can you tell us what the difference is between Republicans, Democrats, Conservatives and Progressives? Can a person be a Progressive Republican?

Phil: I love your art. That picture of Begich looks like an Andy Warhol. You're a creative guy.

My email to Senator Mark Begich:

I worked on your behalf to get you elected. I am thoroughly disappointed and disgusted in hearing that you are now an official member of the "Blue Dog Democrats". The “Blue Dog Democrats” aren’t BLUE and they’re NOT Democrats. THEY ARE, HOWEVER, DOGS!

I am outraged and appalled.

I will strongly support and vote for a Republican in 5 years rather than support a DINO (Democrat in Name Only).

I will NEVER support a blue dog Democrat! EVER! I will work hard to convince my progressive friends that we would be better served with a Republican than a man who marches lock step with the modern day JUDAS-Joe Lieberman

Shame on you, Senator Mark Begich.

I am a frequent caller to radio programs in Anchorage. Most of the time, I call to defend you and your policies.

Sir, you can count on me piling on with the Republicans now. I might as well be one.

I hope you're proud of yourself.

..rabid anti-blue dog makes absolutely no logical sense with his thinking he'd be better served with a Republican,

nor is there any sense to his threat that he would prefer to become a Republican.


This self styled anti blue dog seems to have no comprehension of what it is he wants from moment to moment or from one day to the next,

let alone what to do to work towards gaining what he might want should he ever figure it out.

FU Anon. I'm anti rabid blue dog and I assure you I am a progressive. I hate the so called blue dog democrats. At least with Republicans, you know who they are...Blue Dog Democrats are DINOS! They are not who they say they are nor are they who their constituents voted for. I won't EVER fucking support them. I loathe Joe Lieberman almost as much as I loathe Cheney or Bush. Blue Dogs are the worst of Congress...Period...

Anti rabid blue dog is full of shit. He is just huffing and puffing.

Next election Mark will say something nice, and Anti rabid blue dog will come running home and vote for Mark.

Don't count on it...the only way I will vote for Begich again is if he drops his lame affiliation with the blue dogs or if his opponent is Sarah Palin. I would vote for anyone else. Count on it. Marks support several years ago for Photo Radar looming large now. Maybe despite his admission that that was a mistake, maybe that is who he really is. DINO. Blue Dog. the good blue dog is a dead blue dog!

then he says he will vote Republican

no sense or logic whatsoever.

As I said, Typical Alaska voter behavior in a nutshell.