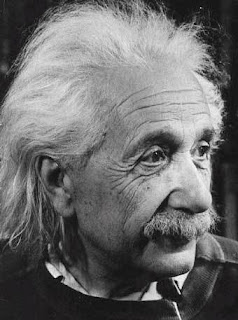 Back in January, as I started learning about the complexity of issues concerning the degradation of the living environment this winter for village residents in the Yukon-Kuskokwim delta, I was immediately frustrated by how little my science background prepared me. Since starting to learn, I've read scores of articles on the Yukon ecosystem and on the salmon habitat in the Northeast Pacific Ocean and Bering Sea.

I fished the Copper River delta, Prince William Sound, the north Gulf of Alaska and the Straits of Juan de Fuca (in Washington state) commercially for salmon when I was in my 20s and early 30s. I've tried to keep up on so-called fishery issues ever since. I've watched some salmon runs keep on plugging, year after year, fairly consistently. I've watched others fade out, then come back, then fade out again. The Deshka is one of those.

I've watched upper Cook Inlet salmon runs disappear. When I first came to the Mat-Su Valley, you could go down to the boat launch at Goose Bay in mid-August, and watch hundreds of thousands of Coho move up into Knik Arm with the flood tide. They don't come anymore.

I was lucky enough to be skippering a tug boat through Southeast Alaska in early August 1999, when over 100 million salmon were caught. I'll never forget seeing some of the massive schools, jumping in the tide rips at sunset or change of tide.

Trying to get a grip on the truth of what is happening to the Chinook and Coho salmon runs on the Kuskokwim and Yukon Rivers shouldn't be out of reach of the scientific community. Covering these issues, though, has been out of reach of Alaska's mainstream media.

When progressive Alaska bloggers got involved in relief efforts for Emmonak and other lower Yukon communities back in January, I was absolutely terrified at how big a responsibility it is that we have taken up. Early on, I realized that if help in these communities is to be meaningful, it needs to center around restoring the larger ecosystems of salmon return that initially brought indigenous people and civilization to those areas thousands of years ago.

At the panel on subsistence at UAA this Wednesday, Larry Merculieff told one of his powerful stories. I'll try to do him justice in a paraphrase:

A village elder met a state-employed pilot who was involved in flying over the Yukon-Kuskokwim Delta, counting moose and caribou as part of a predator control program. The pilot spoke of the difficulty in figuring out why numbers of those "game" animals were down.

The elder told him, "The water levels are down from climate change."

The pilot replied, "That's not what I'm supposed to be looking for. We need to know if there are too many wolves and bears."

The elder said, "The water levels have severely reduced the browse brush and plants for the moose and caribou."

The pilot complained, "We don't have anyone who looks for that. I'm not trained to notice plant changes or water levels."

The elder, shook his head. "The beavers have moved their dams to deal with the reduced water levels."

The pilot impatiently noted, "That's the responsibility of another group. We don't concern ourselves at all with beavers."

The conversation continued, as the chief noted one important change to the ecosystem after another to the rather dense, but well-intentioned pilot.

Government and corporate bureaucracies are sort of like the way the pilot described his situation, in Larry's story.

How well are our progressive Alaska bloggers doing at being better at covering science compared to Alaska's mainstream press, TV and radio? Not well.

On emerging issues like the YK Delta crisis, though, we need to do better than the mainstream sources, because their ability to cover this is dwindling rapidly during a very critical time.

We can't all just go out and become scientists. We can attempt to help foster a pro-science environment at our blogs. And we can take every occasion when we meet scientists who are knowledgeable about climate change issues, to encourage them to contribute to high traffic internet coverage of discussions and meetings on environmental and ecological issues.

About the same time I realized how vertical my learning curve on the science of saving the Yukon and Kuskokwim salmon stocks might be, I also realized how little the state of Alaska's government and Governor Palin have to do with the most critical short-term and long-term solutions that might be available as remedies.

I regard her as a pernicious icon for groups who are hostile to science, suspicious of Alaska Native civilization, and intent on stepping up resource extraction from rural Alaska, to further enrich urban Alaska and powerful corporations, that will promote her if she succeeds. Being as she and her backers represent something that can do more harm than good at this point to Alaska's rural residents, I'm not out there daring her people to step up efforts to help Emmonak or Nunam Iqua.

I first started thinking about this issue of science reporting and blog coverage in early 2008, when the Palin administration thwarted Rick Steiner from gaining access to scientific correspondence on Polar bear classification. The only place where it was initially covered, besides Progressive Alaska, was at the Alaska Ear.

I'll keep revisiting this.
Posted by Philip Munger at 9:18 PM

"Being as she and her backers represent something that can do more harm than good at this point to Alaska's rural residents, I'm not out there daring her people to step up efforts to help Emmonak or Nunam Iqua."

Good point. I had not thought of that angle. Since most of Palin's public comments on the rural crisis focus on changing their lifestyles, she could indeed do more harm than good.

I posted this yesterday on mudflats, to AKM post re: EVS.
"I’m reading this book called “Plant Spirit Shamanism” and they are having a interview with a Andean curandera(Medicine man/Elder)…and this paragraph stood out, re: yesterday’s blog about GINO’s disrespect of Nick Tucker & Villager’s and today’s blog EVS. Nature vs. Big oil.
“As we know all gods come through nature. But what has become of Western religion? Materialism, loss of identity,loss of customs. There is so much struggle today. People are no longer thinking about nature, but about money and the help they need. They have become completely insecure. Imagine if we went to live in nature again, surrounded by mountains, or in the rain forest, how much more healing it would be. Yet the tendency today is for everybody to want to move into cities, to live like American’s, build motorways. Its sad.”

The interview goes on, but I think its relevant to what GINO is trying to do to the Villages have them leave, for “jobs on the slope/big oil” Mining (Pebblemine) and is applicable to all the people and animals who suffered through EVS. And even though it happened in Alaska we all suffer, its like a ripple effect that affects us all one way or another……"
I am glad PO is trying to appoint REAL scientists to evaluate the environmental situation, and not "paid mouthpieces"
Here is something awesome I heard the other day.
Alaska Natives weigh in on offshore drilling with the Obama Administration
http://aprn.org/2009/03/04/alaska-natives-weigh-in-on-offshore-drilling-with-the-obama-administration/

And yes, we need to keep listening to the Elders, I have said this before...the only people who are bitching about wolves and bears affecting the caribou/moose are sport game hunters & GINO!

That was a great polar bear article also. Its clean GINO is letting Big oil/mining get in the way of "what's best for Alaska".
Alaska is the last Frontier! You can't let that happen!

Does anyone know WHO in the Obama administration or where to write to stop this harassment of this man?

I agree that a large part of the focus needs to be on rebuilding salmon stocks on the Yukon. Yukon salmon can play a major part in reviving some cash economy to the region.

It seems that people are focusing only on the subsistence angle. I agree that local fish and game is important. But since the local people are also participating in the world economy through their dependence on oil products to heat their homes, run their boats, 4-wheelers and snow machines they need cash as well.

Commercial fishing is a good possibility. So is tourism and sports fishing and hunting. Many of the first peoples in Canada take advantage of their location to guide sports fishers and hunters. The game and sports fish, (shee fish is a great resource), could be managed for their benefit in this way.

The notion that only the sport hunters are calling for predator control is evidence of naivity. Subsistence hunters in the interior note the need as well.