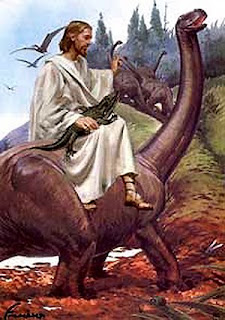 The juxtaposition of the rapid decline of Sarah Palin in every meaningful poll published, in-state, and out-of-state, with the continuing, almost painfully forced in-state MSM narrative, that there is some positive possible outcome to this farce, gets more bizarre every day. How painful this is getting to be might have been best illustrated Friday afternoon, on KSKA/KAKM's weekly roundup of Alaska news stories, called Anchorage Edition.

The all-too-obvious cluelessness of three out of the four reporters there (I'm tempted to not even let Nellie Moore off the hook here, but I will), made me even more proud to be an Alaska progressive blogger than I usually am. The three guys were almost as silly as our dear Sarah, as they tripped over each other, hunting for lipstick.

Guess what, guys. We ran out several days ago.

Why we ran out has a lot more to do with Alaskan and out-of-state bloggers and reporters, than with these outmoded male models, on what information distribution and plain simple truth are about, in the 21st century. Friday, the most e-mailed op-ed at the New York Times, was an essay about Sarah Palin's policy, while Wasilla mayor, of throwing bricks on top of rape victims in her community. The Saudis would be proud of Sarah. The Anchorage Daily News, has yet to even cover this eight-year-old story in an authoritative way. Once again, I'll ask - "Why not?"

Alaska bloggers, back at the end of the first week of September, helped break this story. Since then, longtime progressive figures here like Linda Kellen and Shannyn Moore, have helped spread the word nationwide on how important this story is.

And the obvious national narrative, created right in Anchorage Alaska last Saturday, by courageous Alaska women, that Sarah Palin is no friend of women's rights, hasn't made it past the MSM cutting room floor in Alaska. Yet.

I think last Saturday's Loussac Library show of support for women's issues, by Alaska women, may be one of the most important events of the 2008 presidential campaign so far. The thousands of images, created to convey the spontaneity, creativity and enthusiasm of those thousand or so pissed off women, reverberated across the USA. And those people showed the nation that Alaskans can speak for ourselves.

Meanwhile, our MSM keeps shrinking. If you come to the Anchorage Park Strip Veterans' Memorial block today at noon, you'll see how our proud, hard-working Alaska bloggers are helping thousands of activist citizens overcome this state's legacy of bowing and scraping to the powers that be.

Let's not even touch upon the emerging story, being deeply covered by some really serious and credible journalists, on the Palin's longtime close, I'll repeat - CLOSE - ties to white power, anti-Semitic and dispensationalist groups, with growing national networks.

And then there's Palin's creationism creativity, yet to be covered by our MSM.

Alaska MSM is a JOKE! Mark Begich closed the largest Recycler in Alaska for crony, gave free land to donors and is trying to give away City HALL

Alaska media is working on the next moose story! What a scoop

Do your anti-Semitic remarks translate into anti- Israel or is it anti-Palestine?
And do you consider yourself anti-Semitic if you don't support Israel's right to exist?
I'd also like to point out that white power groups are very pro-Muslim and pro-Palestine just in case you didn't realize that...although we have chatted in the past about that very same issue and you poo poo'd the notion. It's really hard to poo poo anything when you can look up their sites and see the truth.

Besides, I believe those like you are closer to white power groups in thinking than any conservative that walks.

In other words Gustav, stop trying to accuse other people of being anti-Semitic because it just makes you look dumber than shit!

anyone who calls halcro 'andy' doesn't know him. and halcro alone broke troopergate, while linda covered it well you're simply wrong if you lump her in with halcro's exposing the story. halcro's the one who spent 3 1/2 hours at the sheraton with wooten going through his files before he posted his account late wednesday night. linda, along with a crapload of other reporters, attended the PSEA press conference that john cyr held on friday.

You need to change your meds, my dear...

No, Gustav, you need to answer the damn question about what you consider anti-Semitism.

Palin is a religious nutcase. This isnt the 15th century but is sure is hell is starting to feel like it. Palin has to be one of the most ignorant, narrow minded individuals I have heard speak period. yet alone a vice president candidate!!! America is a laughing stock because of this loony-bin. whoever said conservatives are far from white power groups is ingorant to the fullest. I have met many racist people in my day, and they all seem to be conservatives to the extreme. Get a fucking clue!!

You and the 4 people reading this libtard blog oughtta be proud!

America is a laughing stock because of you fricking deuschbag progressives and the bullshit you eschew in lies and innuendo.

Get a grip Regressive nitwits!

You are the reason the magic negro will lose. BECAUSE THE REST OF THE SANE PEOPLE SEE YER BULLSHIT AS JUST BELOW BATBOY ENQUIRER HEARSAY!!!

You seem to have a serious redneck problem up there.lsilxfwg

Hey, you just got mentioned in an LA Times article and on Boing Boing!

What I don't understand is how this Steve Braun can use this small part of a blog post to smear Palin when it was actually praising Palin. It does say she had matured quite a bit did it not?
Something Phil seemed to do quite a bit in his earlier blogging career.
How odd!

Of course Phil is in Alaska where...The odds are good but the goods are odd.