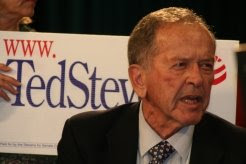 It's a no-brainer that either Mark Begich or Ethan Berkowitz would make a far better vice presidential choice than Sarah Palin.

It's a no-brainer that the cynical choice by McCain to elevate our soon-to-be-impeached Governor to a national platform was a desperate gamble.

It might be a bit harder to see a shift in the MSM tectonic plates occurring over the past 36 hours nationally, regarding Palin's "qualifications" and her appeal to undecided and independent voters. But that shift is occurring, and it is time to attack.

Her awful performance this evening in important moments of the ABC session with Charlie Gibson reminded Celtic Diva of the recent, famous Miss South Carolina episode. It reminded me of the Sarah I had chosen to forget, because I thought this would never happen. Sarah Palin has wandered out of her league before.

Like when she got elected Mayor of Wasilla, to begin with. Her predecessor, John Stein had been able to administer the small town. She couldn't, so she hired a city manager to do it for her, doubling the expense her job cost Wasilla. She spent the extra time building her political base. I watched it happen. But I missed a lot.

So did a lot of other people. 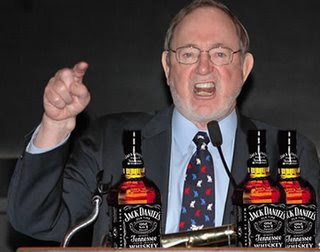 But now, as national attention has focused on the town I live in, a comprehensive, honest portrait of her shortcomings and manipulation of institutions is starting to emerge. No matter how much lipstick you put on it, it isn't pretty. And there simply isn't enough of the stuff to spread over the emerging package.

We're running out of lipstick in Alaska.

Her unrestrained, untrained and no-brain advocacy tonight, for a policy - the September, 2002 Bush Doctrine - she finally understood Gibson to be implying, should have shook Begich and Berkowitz to start defending OUR future instead of THEIRS.

I challenge ALL Alaska Democrats to denounce this person for the job she's applying for. Sarah Palin is the the worst choice for Vice President of the United States in my lifetime, including Spiro Agnew, Tom Eagleton and Dan Quayle.

Mark Begich and Ethan Berkowitz - please come join the hundreds, perhaps thousands of Alaska women and their supporters in Anchorage Saturday, who will be openly declaring Sarah Palin an enemy of women's rights.

Please, please, Mark and Ethan! Put our country ahead of your campaigns.

images by AKMuckraker and Dennis Zaki

If Mark or Ethan come out and denounce Sarah as you have suggested it might cost them the general election in Alaska.

Nationally it would mean little. The public would just wright it off as partisan politics.

This is one of the best written blogs in Alaska. Your support of Diane Benson was right on.

I often do not agree with your blog, but it is always a great read. True passion is nice.

It is my hope also, that this interview and the other ones to come will make it crystal clear to the American people, that Sarah Palin is way out of her league in her new position as VP nominee. It is not enough to look good, and smile.

For Sarah Palin's own take on her performance, go there:

Watch out for Right Wing Nut Job Eddie Burke and his gang of goons.

My feeling is that the guv is OK in firing/re-jobbing her at-will employees but that she will just get her wrists slapped for honing in on her brother-in-law when she should have been more concerned about how the investigate all of the officers. I am not against the police in any way-- but they are like doctors (few who I like) where a bad one can be dangerous to the clients as well as the profession.

It would be suicide (self and PARTY) for Begich or Berkowitz to say anything bad about Sarah. A Democratic senate, Congress and executive branch frightens me, just as would a Republican senate, Congress and executive branch. I'd like to see Democrats get in with the majorities for our sake, but if they slam her, we'll have both Ted and Don in-- I am willing to bet on it.

Sometimes knowing when to say nothing is best.

yeah, why not just continue along the same DLC/centerist path? take impeachment off the table, don't make too many waves, don't wield power even when you have it out of fear of what the opposition party will do to you. that's worked out so well thus far, don't you guys think?