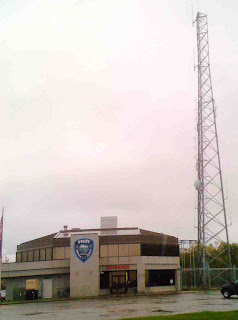 The issue of Wasilla Police Department Chief Charlie Fannon's and Mayor Sarah Palin's policy of eliminating financial payment for forensic examinations of rape victims from the municipal budget, and that decision's influence on the 1999-2000 Alaska Legislature's HB 270, is gaining traction. This past week, both Shannyn Moore and I have been guests on a fair number of radio call-in programs. When this issue comes up, people gasp.

The Anchorage Daily News, which failed to adequately address this in 2000, still hasn't covered it in a rational way that would, for instance, use the superb expertise of reporters Sheila Toomey and Lisa Demer to the paper's advantage. I've asked "Why not?" about this here before, and I'm asking it once more.

Others are probing the issue, though. The most interesting example I found this morning (while waiting for a radio appearance on Irish National Radio), was a segment on the Public Broadcasting System's program, To The Contrary. Two conservative commentators on the program keep on trying to put some lipstick on this piglet, but it doesn't seem to work.

Tara Setmeyer claims that Palin and Fannnon were sort of sabotaged by Democrats in 1999, as the two former sought to develop a new, rational policy on how this budget item was addressed. Heritage Foundation shill, Genevieve Wood says, "I think Sarah Palin will speak to this. I'm sure she'll have a very good answer."

Will she speak to his? Should she? That's our Progressive Alaska poll for this week:

Should Sarah Palin be asked about the Wasilla Police Department Policy of charging rape victims for their forensic exams, during the VP debate?

Update noon Sunday - from the comments: (Shannyn says) "Since Joe Biden fought hard to make rape kit charges illegal on a national level, and JOHN MCCAIN voted against it, Palin and Biden should both be asked about it. The have both taken a stand." More coming on this later today.

image - Wasilla Police Department
Posted by Philip Munger at 5:33 AM

Gov. Palin should be asked about troopergate/ cover-ups too. We do not need another Bush/Cheney/Rove cover up Government. Yes, ask about the Rape kit charges.
But she will only be asked "soft questions", because the McCain Campaign insists on it. The McCain Campaign is now running Alaska! What a deal.

Everytime I hear about this, my blood boils. And to make matters worse, it seems the MSM isn't really interested in covering it.

And it's a darn shame we should even have to wait until the VP debate to (hopefully) get an answer.

Answer questions in a town hall???? Which of her adoring fans at a political rally would go out on a limb to ask? No one.

Since Joe Biden fought hard to make rape kit charges illegal on a national level, and JOHN MCCAIN voted against it, Palin and Biden should both be asked about it. The have both taken a stand.

Yes. Yes. And Yes. Rape kits. Linking Saddam Hussein to 9/11.Troopergate. Use of personal e-mail accounts. The First Dude sitting in on policy meetings. Inquiries about banning books at the local library, etc.

This issue of forcing rape victims to pay for their rape kits speaks volumes about the thought process of Sara Palin. On one hand she wants the government to control; woman's wombs but if she gets raped the victim is responsible for the costs of investigating the crime. What happened to victims rights? Next she will want the Banks to pay for the investigation into bank robberies. This woman has no place in a position of governance over anything never mind as Vice President of the United States!

Absolutely not! I think we should ask the rape victims how they felt being examined, knowing that they'd have to come up with the $$ or have to battle insurance companies to pay for the exam. I'm being a brat here. Yes, ask the guv.

I think that you need to tell the uninformed what a rape exam is about. A person's body becomes a crime scene and medical personal gathering the evidence are drones. They cannot be perceived as too friendly to the victim lest they be accused on the stand of coercion. The exam is dehumanizing at best. To be raped then to have to go through with the exam is, I am told, like having the experience happen again. The examiners have a horrid rate of turnover. Medical people are raked over to coals by lawyers-- who should grill them because they may have a person who is innocent on their hands and they have to make sure the witnesses are credible to their best abilities-- and it's a terrible job. You don't do eight years of college to be shredded to ribbons by lawyers. The last thing a rape victim should have to worry about is how they will pay for the exam.

Insurance companies are just stupid. Their job is to pay nothing. Mine sends me questions on strep throat to broken bones asking, "Was this an accident?" "Where were you when symptoms first occurred?" "Are you still in pain if there was pain associated with this?" I cannot fathom a rape victim getting this two weeks after the fact while having to take time off from work to deal with the police, DA, etc.

A few years ago Mat-Su Regional did not have a rape trauma plan in place. Did this happen durring Palin's reign? I think it did, and rape victims had to go to Anchorage. Do you know what I am talking about? It's worthy to look in to.

Yes, ask, and the sooner the better.

She'll cry foul if Biden goes after her on this in a VP debate.

Sad to say, I suspect that deep down Palin and others of her ilk believe that if woman gets raped it's her own fault and/or that women's claims that they have been raped are largely fanciful.

p.s. I think she should be asked not just about the charges for rape "kits" but pressed on the fundamentals of her attitude about rape. Tying this together with her stance that even rape is not a justifiable reason for abortion.

Ya all need a Wasilla rape victim with a invoice...

Perhaps, someday, ya all will bring your focus back to Alaska's huge population of rapists.

Here is a thought, first bring up the AK rape statistics then slam her with the rape kit situation...

part of the goal of this story is to show how Sarah uses her "faith" in policy making. The other is to shame the Alaskan govt. into doing something other than saying "we're number 1" about rape.
There are invoices from Insurance companies billed for rape. Because of privacy laws it is more complicated to get them unveiled. We are working on that.
I had a response from a reader on this who simply said, "my rape kit was free, and it still sucked." CNN is running a story on this tomorrow. Eric Croft is the author of HB270 that banned charging victims as a state.

Come on with all the raping going in Alaska and being fiscally conservative the wasillians couldn't afford to pay for rape kits. Especially when they had skating rinks to build.
I think my head just exploded.
And Shannyn, you were hot even before national TV.

so she's trying to save money for the city of Wasilla by making rape victims pay for their own rape kits....and yet has the audacity to spend how many thousands of dollars to redecorate her mayoral office??? Can't really call yourself a fiscal conservative nor socially sensitive in that light.

It doesn't matter what is asked of Palin, she is programmed by the McSame camp to recite answers. As for the debate... I heard today that it is set up so that both of them will only answer questions asked of them. There will be no actual debate. They will not speak to each other.
Clearly everyone should be able to see that to elect Palin/McSame, nothing will change. She and her hubby have already started playing by the Bushco playbook.Claiming executive privilage, ignoring subpoenas,lying and the list continues.