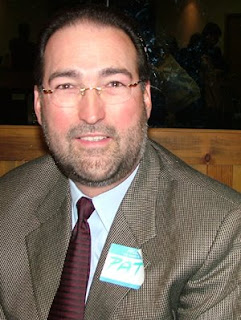 The ADN has run many, many stories, editorials and other articles addressing this set of problems that put our state right up there with third world countries. They have sent their best reporters to cover important events, and have won awards for their great work.

But not only have they failed overall in that area, they have failed to seriously question why so many crimes against women are unsolved. Again, they've written articles about it here and there. However, there haven't been efforts to develop a comprehensive dialogue on solutions.

I don't know why. The newspaper won a Pulitzer Prize for its series, People in Peril. That was a while ago. Since then, hundreds and hundreds of violent acts against women in our state have been under-reported or neglected by the paper.

This issue sort of finally blew up in my brain over the weekend.

Last week, as the story of the background on why the May 2000 passage of Alaska House Bill 270 had to happen emerged, the ADN tiptoed around it. Now, it appears they've left it to others to cover. Corporate culture at work? I don't know. And while reporters and bloggers seem to know exactly why Walt Monegan was fired, the ADN is pushing one bright, shiny object to the front of the stage after another.

As I wrote last week, when HB 270 was passed in 2000, the ADN wrote an editorial praising the bill's passage, they - I'm beginning to think intentionally - neglected to point out why the bill had to be crafted.

And now, this week, bloggers and reporters from outside of Alaska are doing the digging the ADN didn't do eight years ago.

How many women in Alaska have been raped since 2000, Pat Dougherty and Matt Zencey? Would you like Shannyn Moore, Linda Kellen and Writing Raven to set up a meeting between your editorial board and these people?

I'd be happy to help.

And how many women have been raped since the Governor you could have helped be evaluated more truthfully, for her nutty stance on how rape victims should be treated, wasn't, I repeat, wasn't covered.

When almost 2,000 people, mostly enraged, engaged and knowledgeable women, showed up on Saturday outside the Loussac Library, your paper totally failed to connect the dots that brought these courageous people to that intersection.

While you and a large part of Alaska media underplayed the historical nature of this protest, the rest of the world, through the internet, and outside reporters, was able to see the truth.

While you and the rest of Alaska's daily media neglected to cover the only forum since Palin's nomination that allowed dozens of people from our state access to express their views to over a million radio listeners Outside, you deemed it a non-story, as far as I can tell.

I can't go on. I've got to go outside and puke, Pat and Matt.

Think of those women, my friends, guys.

Posted by Philip Munger at 9:31 PM

Maybe the reason why ADN doesn't cover rape in depth is because it would make them look too "liberal" and they would lose subscribers. But if they just occasionally acknowledge the problem, nobody drops their subscription, plus they save money by not having to devote resources to investigative journalism.

For-profit corporate-owned media ensures that, as a rule, the bottom line ($) take precedence over journalism. If McClatchy (NYSE:MNI) didn't run ADN that way, the shareholders would boot the CEO and put in somebody who did. They're only going to get worse.

Actually, now that I've read up on them a little, it looks like the McClatchy family controls the company, but still, don't look to them to take a hit.

I wish you weren't right about it just getting worse, but I'm pretty sure you are.

I'm a little confused. Let me see if I have this straight.....

If you grow up in Hawaii, raised by your grandparents, you're 'exotic' and 'different.'

Grow up in Alaska eating mooseburgers, you're an American story.

If your name is Barack you're a radical, unpatriotic Muslim.

Name your kids Willow, Trig and Track, and you're a maverick.

Graduate from Harvard law School and you are unstable.

Attend 5 different small colleges before graduating, then you're well-grounded.

If you spend 3 years as a community organizer, become the first black President of the Harvard Law Review, help register 150,000 new voters, spend 12 years as a Constitutional Law professor, 8 years as a State Senator of a district of 750,000 people, chair the state Senate's Health and Human Services committee, spend 4 years in the United States Senate representing a state of 13 million people, sponsor 131 bills, and serve on the Foreign Affairs, Environment and Public Works, and Veteran's Affairs committees, you don't have any real leadership experience.

If your resume is: local weather girl, 4 years on the city council
and 6 years as the mayor of a town of 7,000 people, 2 years as governor of a state of 650,000 people, you're qualified to be a heartbeat away from the presidency.

If you have been married to the same woman for 19 years while raising 2 daughters, all within Protestant churches, you're not a real Christian.

If you cheated on your first wife with a rich heiress, left your ill wife, and married the heiress the next month, you're a Christian.

If you teach responsible, age-appropriate sex education, including the use of birth control, you erode the fiber of American society.

If you staunchly advocate abstinence-only education, while your teen daughter ends up pregnant, you're responsible.

If your wife is a Harvard graduate lawyer who gave up a position in a prestigious law firm to work for the betterment of her inner city community, then gave that up to raise a family, you don't represent America's family values.

If your husband is called 'First Dude', has a DWI conviction, didn't register to vote until 25, and was a member of a group that advocated secession of Alaska from the USA, yours is the quintessential American family.


And, finally, if you're famous for your quick temper, you're the one to have your finger on the red nuclear button.

Here is a question... since your of the male gender and it appears most of the rapists are male...

Why does Alaska have such a huge population of rapists?

Another thought: instead of always focusing on the victim (yeah I know it is way more trendy to get all toouchy feely with the victim...) why don't you all put a light on the perp? Try answering the queston: who the fuck is doing all this raping?

As for ADN not doing a story on the Alaska Native women getting raped (more often than not)... well, simple, they probably haven't been victimized enough to make a good story.

Victimization sells (you should know that), yet in my reality, with grown daughters, I'd rather read about who is doing all the raping. What kind of brain matter gets a hardon and decides to control someone thru rape?

Remember it ain't about making yourself vunerable or living a risky lifestyle. It IS all about the sicko with a hardon wanting to control something.

Alaska, land of the rapist...

Alaska, land for the rapist...

Alaska, a place where more rapists per capita can exist.

Yeah, I know, it won't sell as good, most would rather focus on the victim...

I listened to your remarks on the Allen Colmes show. I found them to be infantile and somewhat sad. You have added nothing to the political discussion of any value. Since you have nothing to add of any value this does qualify you to join the staff of MSNBC.

I hope i can get twelve sky Gold in low price,
Yesterday i want to buy 12sky gold for my friend.
i want him like it. i will buy twelvesky Gold for him
as birthday present. i like the 12Sky Silver Coins very much.
I usually buy 12 sky gold and keep it in my store.