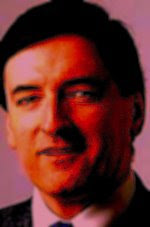 This was a sad week for southcentral Alaska media. On the first anniversary of the 2008 coup at KUDO that brought an end to progressive radio's finest Alaska hour (or, more precisely, seven hours per day), KUDO's owners decided to end all their locally produced talk radio.

The Nation is one of the world's most distinguished periodicals. It has been in publication since July, 1865. Among the magazine's contributors have been Albert Einstein, Martin Luther King, Jr, Bertrand Russell, Langston Hughes, Henry Miller, Franklin D. Roosevelt - and hundreds of other notable Americans. Why the ADN failed to see Conte's award worthy of an article beats the hell out of me.

Southcentral Alaska's progressive bloggers have all been given ample reason to criticize actions or lack of actions by the ADN over the past year or so. Progressive Alaska has been particularly critical of decisions by editors Matt Zencey and Pat Dougherty. The newspaper's failure to even note the demise of local progressive talk radio is lamentable. Coupled with the newspaper's endorsement of Dan Sullivan to be Anchorage's next mayor, it was an even more pathetic week.

The endorsement came out in Thursday's morning edition. By early Thursday afternoon, ADN editor Zencey was aware of the emerging controversy regarding Sullivan's negligent, possibly criminal actions at his bar in the early morning of October 5, 2006.

Today's - Saturday's ADN carries a story by Don Hunter, about the Eric Croft-Dan Sullivan mayoral race. It is a rather incurious piece of journalism. By the time Hunter posted it at 11:35 p.m. Friday, he could have visited two of our progressive Alaskan blogs, and gotten a better handle on how this story is unfolding than he gave the ADN's readers.

His story's commenters seem to have learned more about Sullivan from articles at Celtic Diva's Blue Oasis , The Alaska Report and The Mudflats, than from the ADN.

How pathetic is that? The ADN is charging their readers a lot of money for doing a lousy job on this. Mudflats and Celtic Diva give you more accurate, more detailed, more truthful information for free.

I'm canceling my subscription as soon as I get home from California next week. I've been less than happy with the way they've let TS and C4P censor the comments, and their complicity in the outing of Mudflats and the endorsement of Sullivan and failure to investigate this unfortunate DUI incident demonstrates further how far they've fallen. It's sad really because I've always enjoyed the printed newspaper with my coffee in the morning, but I get far more accurate information from you guys -- so I'll just have my coffee with my computer from now on.

Incompetent or on the payroll!

KTVA mentions the “controversy”–Some interesting comments over at KTVA website.

The Daily News has had no soul for more than a decade. Glad some of you are waking up.

The ADN is owned by McClatchy Newspapers. That is why you always see SparklePlenty's word salad featured on McClatchy's national news webpage.
They are simply pandering to SP and taking the easy news way out. I do watch ADN when specific things from blogs have come out just to see how they handle it.

Last week one of their BIG headlines on both ADN and McClatchy was "Team Sarah a formidable army for Palin" and I knew right away just who and what ADN represents. Between that and the way they allowed the C4Peers to abuse all the political blog visitors says it all.

They are hardly a "news"paper, and they are hardly fair and balanced. I wish I subscribed so I could cancel my subscription. It certainly isn't even a remotely good or interesting news site.

The ADN is a bunch of junk. If you don't bother to read it you won't miss anything important. I haven't.

As Basheert said, the "formidable army" item was misleading rubbish, but it's a clear indication of which way the ADN is going.

I'm happy to let the bloggers read the ADN for me.

This is not true. The ADN published a story about Conte's award on Jan. 13.

the adn is charging their advertisers a lot of money so they can be expected to do a lousy job on this.

there - fixed that for you

anon @ 7:36 pm - first I'd seen it. Just checked my print edition. The story isn't in there. What you call a "story" is an unsigned item that relies exclusively upon material from "The Nation"s article about the awards, along with a minimum introduction. It give the news no local flavor. Nobody, from the appearance of the blurb, appears to have even made the local call to interview her.

I am disgusted that the ADN has buried a VERY watered down version of the Sullivan story on the Politics Blog page. This moment is my tipping point for the ADN in terms of seeing what they've become. It's been a steady descent into oblivion over there -- outing mudflats, banning most commenters for no apparent reason, all of a sudden pandering to SP with that riduculous story on TS trying (and failing miserably) to derail Sibelius' appointment, and now failing to hold Dan Sullivan accountable, etc. Funny, over the past week my Norton 360 program won't let me read past the ADN front page because it's a "dangerous web site" (phishing for private info)-- I have to click past two warning pages to get to every link on that site. How symbolic. Makes no difference -- I won't read it anymore because it's become sadly irrelevant. What a shame.

Within the last few weeks ADN's coverage of my testimony was treated like amateur hour at the Junior High Newspaper. Without a doubt there is a very clear bias by the editors that rears up and skews perspectives to favor SP with glaring consistency. I will never interview with them again. A publication should focus on reporting with accuracy whether they agree politically or not, and this group can't keep their SP adoration in their pants.

I always find it interesting how it is that the side that squawks so loud and long about "freedoms" - and how we are losing our freedoms at the hands of the left...are in fact the same ones who find it perfectly justifiable to edit and twist news stories and blog responses if those comments in anyway cross their SP fanclub-o-meter!

It is just a matter of time before the ADN joins the Seattle Post Intelligencer...

I just read the ADN "article" on Sullivan. What a poor excuse of reporting.

If Sullivan wins, will you folks continue to keep the heat on?

I have to say, I *do* wonder why Croft didn't prosecute? One thing I'm thinking is that it is true what some of the AK folks have said about the level of drinking and the acceptance of it. Is there a MADD up there? Or an equivalent? Maybe any dd case needs lots of citizens sitting in the courthouse and recording what happens and then publicizing it. That's how things get changed.

I'm crossing my fingers for you all. Wish I could vote up there. Told my honey, you folks have investigative stories sitting around on silver platters. Keep having those fabulous days and I might reconsider my aversion to cold weather.

from the late 80s up to a few years ago, there was a MADD chapter in Anchorage. For a long time, it was one of the most active in the USA. It folded about five years ago.

At one point I hoped to write regular (monthly?) articles under the ADN Compass section. Not long after my first well-regarded Compass piece, I wrote a Letter to the Editor on the Governor's "hair brain" AGIA program. Somebody on the editorial staff completely rewrote my Letter (without any sort of consultation or information prior to publication) and associated "their" Letter with my name. When I discovered how far the published letter drifted from my orginal writing, I was livid. (Later I met a woman at a picnic who said she tried to read "my" Letter, but stopped soon after she started. She said she considered it poorly written, unclear and confusing; it was. Fortunately, I got to tell ONE potential reader that the Letter was not mine.)

Certainly I called the editoral staff to complain about the very revised Letter published under my name. The three people with whom I spoke pretty much told me to "get over it".

The ADN has been pimped by the Palin government, as well as her dubious "army" of brain dead cheerleaders, and advertisers. Gone is independent, investigative, and intelligent journalism....except for on the blogs. Keep up your great work, Phil, and all the other blogs, as well!