Help Mudfllats Get to Netroots Nation This Summer! 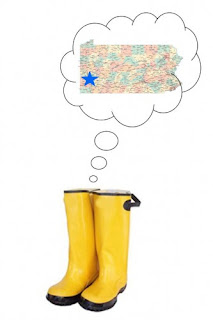 AK Muckraker at The Mudflats, has been offered a scholarship opportunity to have expenses paid to the Netroots Nation Conference 2009. This year it will be held in Pittsburgh, between August 13th and 16th.

The conference has evolved, from its beginning in Las Vegas, in 2006. It was initially called YearlyKos. Last year it was changed to Netroots Nation. On the far right, it is lambasted as "Nutroots Nation." On the far left, it is nicknamed "TraitorFest," for its accommodation of right-of-centrists, lobbyists and fierce advocates of continuing Israeli expansion.

It is a wonderful, fascinating and empowering set of events, though, and AKMuckraker will be a hit there, I am sure. I'd be tempted to go, but I'm painting the whole house, repairing decks, and possibly re-roofing the shop this summer.

AKMuckraker has a post up right now that explains why AKM hopes to attend. The post gives some background on this year's event, and has a link to a place where you can vote to support AKM's scholarship chances. The bloggers with the most votes in a big pool get the stipends.

Or you can click here, and go straight to the voting site. I just voted for The Mudflats.
Posted by Philip Munger at 6:49 PM

Wow, it's going to be hotter than a blister there in August. AKM should invest in one of those personal battery-run fans and a few gel-packs she can freeze.

I'd love to do so, but the last time I registered with DemocracyForAmerica.com, they spammed me constantly even though I asked them to stop. I finally had to remove myself from their list in order to get the crap to stop.

I do think that AKMuckraker deserves to have her way paid, as do you, Phil, but I'm not going to go through that crap just in order to add my name to the 223 that have already voted in favor.

Phil, thanks very much for your support! I'm really pleased with the results so far, and I'll be sure to let you know how it works out.

What did Bob Kincaid say today? Or rather, what did his radio guy say about him? His votes just dropped to 135.

Hmm. Seems the reason Bob Kincaid only has 135 is because...he was chosen as a winner for round 1. That ended May 15. 10 winners are listed. AKM isn't one of them.

The next round ends in June. They were supposed to select 10 winners but now the page says 9. I don't know if that is because they are short on funds for round 2 or what.

It also isn't clear if AKM has to apply over again and we have to vote all over again either. She's still #1. And those that already won are still listed too.

I think we may have to bypass the Netroots process and form our own scholarship committee.