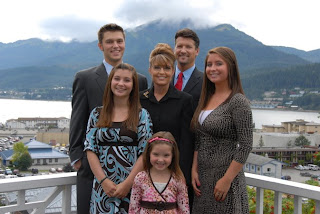 (a) A public officer may not use, or attempt to use, an official position for personal gain, and may not intentionally secure or grant unwarranted benefits or treatment for any person.

(b) A public officer may not

(3) use state time, property, equipment, or other facilities to benefit personal or
financial interests;

Gov. Palin attempted to and in fact did use her official position for personal gain by securing unwarranted benefits for her daughters by, among other things: charging the state for her children to travel with her to events that they were not invited to and to which their presence served no legitimate state purpose or business. Gov. Palin later amended travel expense reports to give the appearance that the presence of her daughters at these events constituted legitimate official and/or state business. [see AP INVESTIGATION: Alaska funded Palin kids' travel
http://news.yahoo.com/s/ap/20081021/ap_on_el_pr/palin_family_travel
http://www.adn.com/news/alaska/story/564703.html]

The Governor charged the state $2,741.26 to take Bristol and Piper to Philadelphia for a meeting of the National Governor‟s Association, listing the official purpose as “NGA Governor‟s Youth Programs and family activities.” A spokeswoman for the sponsor said that was basically childcare. The girls had their own room for five nights at the Ritz-Carlton Hotel for $215.46 a night, expense records show.

In all, the State paid for 64 one-way and 12 round-trip commercial flights for Palin's daughters Bristol, 17, Willow, 14, and 7-year-old Piper. In some cases, Palin also charged the state for the girls' hotel rooms.

According to a Washington Post article dated September 9, 2008
(http://www.washingtonpost.com/wp-
dyn/content/article/2008/09/08/AR2008090803088.html): “Asked Monday about the official policy on charging for children's travel expenses, (State Finance Director Kim) Garnero said: „We cover the expenses of anyone who's conducting state business. I can't imagine kids could be doing that.

A State of Alaska Attorney General's opinion dated September 30, 2004 and Redated for Publication on 3-9- states: “If the Governor were to allow the spouse of an administration official to accompany the official on the King Air at no cost, the Governor would be granting a benefit to that official. Free air travel is a valuable „privilege‟ or „service‟ or „advantage‟ because the state official would avoid the cost of paying airfare for his or her spouse to undertake what is essentially a personal trip for the spouse. Thus, free air travel on the King Air for the spouses of administration officials would be a „benefit‟ under the Ethics Act....

“Therefore, under current law, the Ethics Act precludes the spouses of administration officials from flying on the King Air unless the official reimburses the state the cost of a coach fare ticket for the spouse.” Governor Palin‟s use of State resources to pay for her daughters‟ travel and hotel rooms are no different.


While the September 30, 2004 Opinion refers to spousal travel and not children, the Ethics Act defines a personal interest as “an interest held or involvement by a public officer, or the officer's immediate family member . . . from which, or as a result of which, a person or organization receives a benefit.” AK Statute Sec. 39.52.960(18). The Governor's daughters, like the Governor's spouse, are immediate family members. Accordingly, just as air travel for a spouse is considered a valuable privilege or service so is air travel for a child. In addition, as reasoned in the Opinion, Governor Palin avoided the cost of having to pay for, what essentially were personal trips of her daughters.

Reacting to public records requests for travel documents, including the trip to Philadelphia for the NGA conference, Governor Palin asked that the travel documents be altered to give the appearance that her childrens‟ attendance was for legitimate state or official business or purposes. See http://news.yahoo.com/s/ap/20081021/ap_on_el_pr/palin_family_travel

A public agency should not alter records that have been requested under the Public Records Act (AS 40.25.110), and then provide the altered records. The alteration of these documents constitutes an improper use of the Governor's official position. Additionally, given that the purpose of the alterations may have been to disguise violations of the Ethics Act, the circumstances leading to the alteration - including the identity of all persons involved with the alteration -should be fully investigated.

Based on the facts set forth above and publically reported by the Associated Press, Governor Palin violated the Alaska Executive Branch Ethics Act. Governor Palin intentionally secured unwarranted benefits for family members, improperly used state property to benefit her personal and financial interests, and illegally altered documents that were the subject of a Public Records request.

I am requesting that the state Personnel Board investigate Gov. Palin improper and illegal use of her official position for personal gain.

Thank you for your prompt attention to this.

Now I do have to ask-- how often did Tony and Wally have their wives tag along at state expense? That could set a president.

Is the governor beholden to the same rules as Martha Stewart and is it a federal offense for her to modify the records?

Thank you! Perhaps Queen Sarah will finally face some accountability. Palin supports transparency and ethics in government -- as long as it doesn't apply to the Queen.

Pun intended, anonymous! ;) Here's another one:

Palin doesn't want people's gifts at her parties, she just wants their presents.

what will be done with these charges? will they be sweeped under the moose rug or will we bare all???????????

How about a complaint pertaining her $13,000 in taxpayer funds to attend over 10 religious meetings and events? To engage in questionable entanglement of church and state?

Or the money that went directly to her old church?

Or a simply investigation into the Palins' insistence on using the State Police emergency plane for their own use?

Or the reports on improper bidding and patronage?

The Palin herself just sent out a request with the RNC asking for donations. With Trooprgate, the state travel on all levels, the borrowed $150,000 wardrobe, her asking Stevens to resign and just being a diva, I laughed and sent it back sans check.

You the man, Frank!

Sarah lives in her own little pageant world. I hope she is the republican candidate in 2012, but I seriously doubt it.

Let's dash those hopes now and demand this investigation be carried out by an independent investigator.

Mr. Gwartney,
You are a very, very small and pitiful person - fortunately your meanspirited act will only have the effect of showing how mad and revengeful all socialist democrats of this country are.

Here is a little something for you:
The Post Turtle
While suturing a cut on the hand of a 75-year-old rancher, whose hand was caught in the gate while working cattle, the doctor struck up a conversation with the old man. Eventually the topic got around to Obama and his bid to be our President.

Not being familiar with the term, the doctor asked him what a 'Post Turtle' is.
The old rancher said, “When you're driving down a country road and you come across a fence post with a turtle balanced on top, that's a 'post turtle.'”

The old rancher saw the puzzled look on the doctor's face, so he continued to explain. “You know he didn't get up there by himself. He doesn't belong up there and he doesn't know what to do while he's up there, so you just wonder what kind of dumb ass put him up there to begin with.'

Run for your lives! The evil godless spineless socialist democrats are gonna try and get us all affordable healthcare! They are going to try and build America from the bottom up! Oh noooooooo! Run with me to my nearest dug out bunker! I got some friends from the Patriot Movement coming up here with pleanty of MRE's. I told em to bring their daughters too...

You all need to get a life.I just don't get it, you're so called "Alaskans" I believe, a lot of you are transplants from the states trying to press your screwed up ideals on unsuspecting good people. There seems to be a bandwagon issue here. When things are in a politicians favor everyone backs them. One mistake is found and that's it. Lets now all hate that individual and then spend the rest of our waking moments scouring their lives looking for other faults. If we looked into every politician's life, we wouldn't have a government. Not to mention, if we looked into ANYONE PERSON'S LIFE we'd find some negatives along with the positives. We're human, duh! People are becoming increasingly selfish, lacking morals and above all are becomg just plain mean. People need to pull their head out of their rear ends and realize that the world does not revolve around them and they are not owed anything from anyone. We need to get back to our old work ethics, morals, family values and standards and quit this nit picking, whiny baby, hateful BS.

I agree. We should all try and follow Obama's lead.

Anonymous said...
You all need to get a life

People are becoming increasingly selfish, lacking morals and above all are becomg just plain mean. People need to pull their head out of their rear ends and realize that the world does not revolve around them and they are not owed anything from anyone. We need to get back to our old work ethics, morals, family values and standards and quit this nit picking, whiny baby, hateful BS.

Without realizing it,Anonymous,
you have just discribed Sarah Palin!

Forging documents so that you can have your family travel on the peoples dime is a serious offence.

In the public sector you would be charged with forgery, made to make restitution, along with what ever punishment the court decided and you would be fired!

Did you learn no lesson at all from Ted Stevens' convictions?
Poor old Ted did not fill out his declaration forms honestly, but even Ted did not FORGE government documents.

This complaint is NOT nit picking.

Get a life people! When are you all going to realize the Sarah bashing is just plain boring? Try spending time figuring out how to be part of the solution and not part of the problem. Be the change you want to see in the world & stop the whining. Geez!