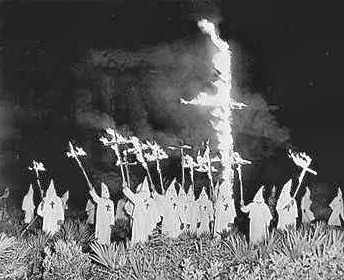 Max Blumenthal posted this well-known photo at his yfrog page a few minutes ago.  It is in reference to the name Texas Gov. Rick Perry inherited, and kept for several years, to his hunting camp in north central Texas.  Wonkette gives this story all the seriousness it needs:

All America really wants or prays for at this point is a RICK PERRY SEX SCANDAL to make life worth living again, but here’s some “placeholder” dirt the Washington Post dug up in the meantime: Perry’s family leased a back woods Texas hunting camp for the last couple decades where the Perrys have hosted hawt ritual gatherings to hump state political cronies and talk road kill recipes. Just to “fit in” in that part of the country, the camp was long ago insanely named “Niggerhead” on a big marker stone at the entrance, because that’s what racist Texas landowners have always called everything in rural Texas, to be dicks. At issue in this story is exactly when Perry realized this was a racist name so that, uh, we can decide on a scale of one to ten how racist is Rick Perry. Maybe a 12? Perry says the family changed the name right away, in the eighties. Seven other sources told the Washington Post, “eh, it was named that until a couple years ago.”

Posted by Philip Munger at 3:47 PM