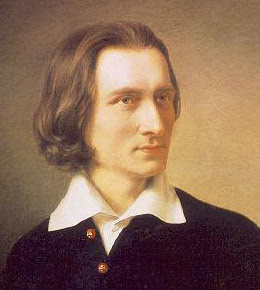 Saturday was the 200th anniversary of the birth of Romantic era pianist, performance phenomenon, composer, educator and philanthropist, Franz Liszt.

As pianist, he mesmerized thousands in his far-ranging tours from the late 1820s until 1848.  From the mid-1830s on, his pianistic style, particular its bravura elements, weaved its way into his keyboard writing, changing piano music forever.

As a magnetic performer, listeners reacted so powerfully to Liszt that the poet Heirich Heine coined a term to describe it - Lisztomania:


What is the reason of this phenomenon? The solution of this questions belongs to the domain of pathology rather than that of aesthetics. A physician, whose speciality is female diseases, and whom I asked to explain the magic our Liszt exerted upon the public, smiled in the strangest manner, and at the same time said all sorts of things about magnetism, galvanism, electricity, of the contagion of the close hall filled with countless wax lights and several hundred perfumed and prespiring human beings, of historical epilepsy, of the phenomenon of tickling, of musical cantherides, and other scabrous things, which, I believe have reference to the mysteries of the bona dea. Perhaps the solution of the question is not buried in such adventurous depths, but floats on a very prosaic surface. It seems to me at times that all this sorcery may be explained by the fact that no one on earth knows so well how to organize his successes, or rather their mise en scene, as our Franz Liszt. 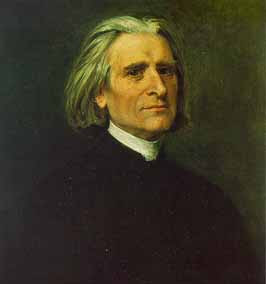 In the late 1840s, Liszt decided he would concentrate on composition.  He was offered the position of director of the Weimar Orchestra, which he transformed into one of Europe's best.  For it he composed over a dozen works of his own invention - symphonic poems.  His idea of thematic transformation powerfully influenced the programmatic works of most of the important late Romantic composers, particularly Richard Wagner, Bedrich Smetena, Pyotr Tchaikovsky, Camille Saint-Saens, Nikolai Rimsky-Korsakov, Jean Sibelius and Richard Strauss.  I was able to honor this important music back in 2010, when I conducted the Alaska premiere of Liszt's Symphonic Poem No. 4 - Orpheus.

As educator, Liszt not only taught scores of pianists who later became famous, he helped many along with their career.  He took on many woman students who were able to become first rank pianists, partly though his high regard for women as individuals.  He took on many Jewish students, and is regarded as one of the few composers working in Germany during the 1860-1880 period without a hint of anti-Semitism. 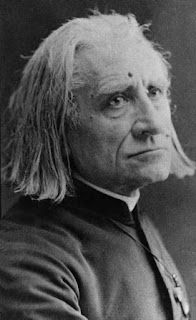 My favorite aspect of Liszt was his philanthropy:


Adding to his reputation was the fact that Liszt gave away much of his proceeds to charity and humanitarian causes. In fact, Liszt had made so much money by his mid-forties that virtually all his performing fees after 1857 went to charity. While his work for the Beethoven monument and the Hungarian National School of Music are well known, he also gave generously to the building fund of Cologne Cathedral, the establishment of a Gymnasium at Dortmund, and the construction of the Leopold Church in Pest. There were also private donations to hospitals, schools and charitable organizations such as the Leipzig Musicians Pension Fund. When he found out about the Great Fire of Hamburg, which raged for three weeks during May 1842 and destroyed much of the city, he gave concerts in aid of the thousands of homeless there.

Here are three performances of his music.

Claudio ARRAU is a magician.

I think listen to such a fantastic music make us better !!!!