University of Alaska Anchorage Professor Christopher Sweeney held his annual concert last Sunday at UAA's Fine Arts Recital Hall.  It was well attended by trombone aficionados and people eager to hear all the offerings on the program.  Dr. Sweeney is playing very well.  The audience certainly realized this.

His program varied from the opening work for trombone and two percussionists, to the Anchorage premiere of my recent Aleutian Sketches, for trumpet, French horn, trombone and piano.  The Chugach Brass, premiered the work back on May 13th in Unalaska.  This week was the first time I had heard it.  Seldom have I appreciated a performance of one of my works as much as theirs.

Dr. Timothy Smith, Chairman of the UAA Department of Music has put the Chugach Brass performance of Aleutian Sketches up on Youtube.  Here is the story the music tells:

I. A Yankee Whaler Enters Iliuliuk Bay:  I imagine a 19th century whaling vessel, coming into the small bay near Unalaska, seeking shelter to make repairs before it exits the Bering Sea after a successful voyage.  It opens and closes with a theme meant to convey a wooden ship under sail.  The center section features two iterations of the sea chantey, Leave Her, Johnny, Leave Her. 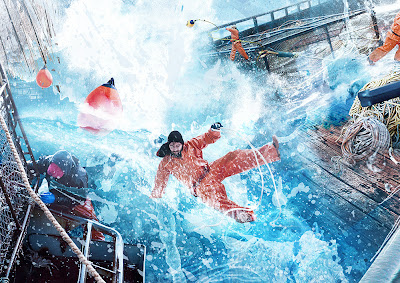 II.  A Deadly Catch is a series of tricky rounds. 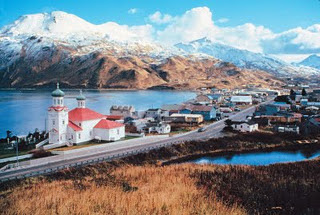 III.  Blessing the Fleets is a chorale paraphrase based upon the early 20th century composer Mikhail Ippolitov-Ivanov’s setting of Psalm 120, Blagoslovi, dushe moya, Ghospoda, in his Liturgy of St. John Chrysostom.  A short interlude pines at fragments from two Russian sea chanties, As We Lay on an Afternoon and Let Us Pull Away Together, Boys. 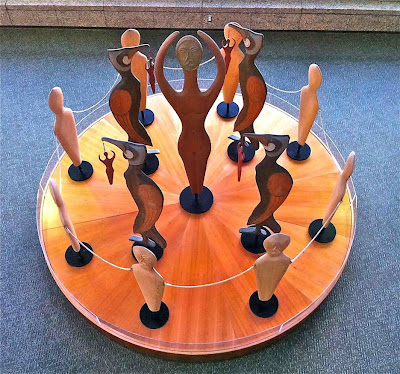 IV.  Volcano Woman II:  This is my second setting of this Aleut creation myth.  The first was in my 1992-93 work, Robot Gagaku, Op. 28.  This second version is directly inspired by Alaska Native artist John Hoover’s monumental sculpture, Volcano Woman.  The rondo form of this movement depicts the circular structure of the sculpture, with peopled island figures at the outside, the cormorants in the middle and the Volcano Woman herself at the center, dispensing both her power and fertility.

In the Youtube video, the movements, as described above, are played consecutively.  The performers are Linn Weeda, trumpet; Cheryl Pierce, French horn; Christopher Sweeney, trombone; and Dean Epperson, piano: