Will the SBX Mobile Seaborne Radar Ever Be Based in Adak? 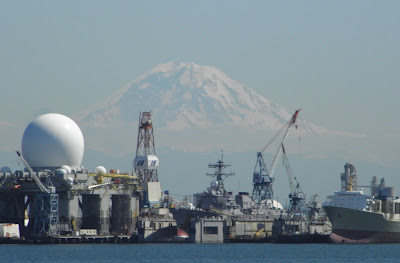 There it is, in the Vigor Shipyard at Harbor Island in Seattle, where it is getting a $27 million upgrade from Boeing.  I took the picture while on the ferry Wenatchee, on my way back from Indianola yesterday. 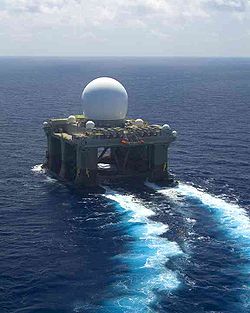 This gigantic, multi-billion dollar floating radar station, the Sea-Based X-Band Radar, is designed to see something as small as a baseball in the air over San Francisco Bay - from Chesapeake Bay.  It is self-propelled, and has enough electrical generators aboard to power Anchorage in the winter.

Designed in the early part of the century, and first deployed in 2006, it has since spent most of its time being refurbished, upgraded or repaired.  It has failed a succession of tests, and has yet to visit its designated home port of Kuluk Bay at Adak Island, even though $26 million has been spent on the eight-buoy mooring system for it there, and people have been sort of looking over the horizon for the behemoth since 2006.

Will it ever get to Adak to visit its home port?

Nobody seems to know for sure. 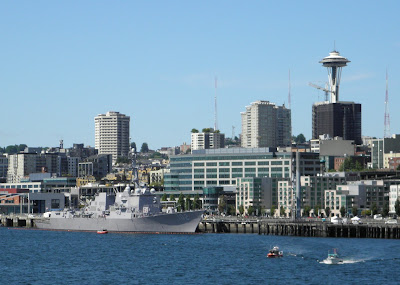 Meanwhile, here's my picture of the Arleigh Burke class destroyer, USS Sampson, tied up to the shore below Seattle's Space Needle.  It is part of the fleet here, for the 2011 Seafair.  Out the front window, I can hear the unlimited hydroplanes revving up as they attempt to qualifiy for the weekend race on Lake Washington.
Posted by Philip Munger at 4:29 PM