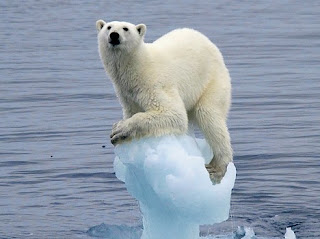 Washington, DC — Ongoing research into the condition of Arctic polar bears has been disrupted and the continuation of joint U.S.-Canadian research efforts is in jeopardy due to an expanded Interior Department Office of Inspector General (IG) investigation into one of the agency’s top Arctic scientists, Dr. Charles Monnett, according to Public Employees for Environmental Responsibility (PEER).   Dr. Monnett has been suspended since July 18, 2011 without being told why.

For several months, the IG has conducted an extensive investigation into alleged “wrong numbers” and “miscalculations” in a 2006 peer-reviewed journal article on polar bear mortality authored by Dr. Monnett and a colleague.  But in a written statement, dated July 29, 2011, the Director of the Bureau of Ocean Energy, Management, Regulation and Enforcement (BOEM, the Interior unit where Dr. Monnett works) denied that the suspension was related to issues of “scientific misconduct” or his 2006 paper.

In a letter also dated July 29, 2011, the IG notified Dr. Monnett that its investigative focus is now on his actions during procurement of a research study titled “Populations and Sources of Recruitment in Polar Bears” and conducted by the Canadian University of Alberta.  BOEM issued a “stop work order” on this study shortly before Dr. Monnett was suspended.

This study, however, has been extraordinarily successful, producing invaluable data that will be used by polar bear managers for many years to come.  Its abrupt termination came despite the fact that –


“This study deserves a citation rather than a black eye,” stated PEER Executive Director Jeff Ruch, whose organization is providing legal representation to Dr. Monnett. “It is unfortunate that Interior is interrupting cutting-edge research when information on the fate of polar bears is so desperately needed.”

The IG notice schedules an interview with Dr. Monnett on August 9th to discuss “compliance with Federal Acquisition Regulations, disclosure of personal relationships, and preparation of the scope of work” with respect to the joint U.S.-Canadian study.   It also states that the IG referred criminal charges on these matters to the Department of Justice which declined to prosecute.  For this study, as with much of the portfolio of research that Dr. Monnett oversees, he served as the Contracting Officer’s Technical Representative. In that capacity, he –

“There were no mysteries about how Dr. Monnett handled his responsibilities related to the procurement of this or any other research project in his scientific portfolio,” added Ruch, whose organization yesterday filed a legal demand for the documents BOEM used to justify his suspension.  “We are concerned that the IG has expanded its vindictive fishing expedition into yet another area beyond its expertise.”

Although this IG probe has a new focus, its notice warns that it has not abandoned its earlier investigation into the 2006 article by Dr. Monnett and a colleague on polar bears drowning in open waters:  “Additionally, the interview may include follow-up questions to your previous interview….”

View the stop work order on the Canadian study

Look at the background of the Monnett case

reprinted in full with permission of PERS
Posted by Philip Munger at 11:26 AM

This just reeks of attempted suppression of inconvenient research.

I would like to know the people at the IG behind this and those they are aligned with in the political and oligarchic arenas. There is nothing that would surprise me at this point.

In case you haven't seen this article, I will share it here.