Many Questions Remain in the Case of Arne Fuglvog 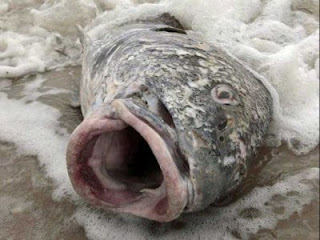 I've already speculated that Arne Fuglvog's plea-conviction for what appear to be serial fishing violations is possibly only part of an emerging story, and that it is remarkable that his plea seems to have resulted in only a misdemeanor.

One of the fascinating things about Wesley Loy's commercial fishing blog, Deckboss, is that his articles tend to be the best examples there ever have been in the Alaska blogosphere of pure stenography, but if the topic served cold and sterile by Wes is hot, the comments often reflect that.  On August 2nd, Wes printed one of his better examples of his patented, minimalist, incurious M.O:


Arne Fuglvog, who resigned Sunday as an aide to Alaska Sen. Lisa Murkowski, has been charged in federal court with a criminal fisheries violation.

Under a plea agreement, Fuglvog agrees to plead guilty in exchange for a recommended sentence of 10 months imprisonment, a $50,000 fine and a $100,000 "community service payment."

This short "article" has garnered 46 comments so far.  Arne's demise attracted passionate defenders and attackers in them.  Most of the knowledgeable ones seem to be from Southeast Alaska fishers with some knowledge of both Fuglvog and of the fisheries he engaged in.  As I noted last week, Fuglvog's predicament brings to mind questions about why other prominent Alaskans have not emerged as being investigated by Federal agencies, particularly as part of the series of investigations surrounding Ted Stevens and Alaska legislators that began in 2005 and 2006.

Here are some of the comments that reflect that interest, with my editorial comments on them:


It is pretty sick to hear Arne's crimes minimized as a "mistake". 30,000 pounds, a mistake? And that is just the one count they had him nailed on. Read the plea agreement

"On several occasions between 2001 and 2006, Fuglvog fished in one regulatory area and then falsely reported that the fish were caught in a different regulatory area"

He has displayed a repeated, willful, conscious choice to perform a criminal act, that was substantially (to the tune of at least $100,000 and most like several $100,000's) to his benefit, and to the harm of a public resource.

So, my presumption is that he would have no qualms about doing so in other areas of his life, including his public and political actions.

The dates cited in the plea agreement, "between 2002 and 2006," point toward the Feds maintaining interest in crimes that were committed in Alaska as long ago as 10 years back.  This may indicate the possibility of ongoing cases involving some figures many had thought would not be prosecuted because the presumed crimes and violations had been so long ago.


Sorry Arne, you sad sack of bull, you had it coming. Used to be your friend.

They're all crooks, Bobby T, UFA, etc. How can you trust any of these guys, when the supposedly cleanest of them, Fuglvog, was bootlegging black cod all these years?
No more UFA dues from me, I've finally had it.
Zuanich, Ben Jr. and Bobby T dodged a huge bullet of jail time when Uncle Ted got off. Ben Stevens is still a free man?
The investigations are over?
Trevor McCabe is still a free man?
Steal fish, crime pays.
Nobody got busted on Wall Street, nobody got jailed for torture.
It is truly sickening to a guy trying to raise kids and a family as a hard-working fishermen.

I'll still abide by the rules, fishing laws, and common decency, but sometimes I wonder if my good conscience is equal to my lean pocketbook when these guys remain free men?

As one of my kids said, "Honesty sucks, but jail is worse."

If these guys remain free, or don't get busted for years, like Fuglvog, how do I teach my kids to be honest fishers, and not to cheat? They see the fancy houses, new trucks, shiny boats, and I tell the kids, they're just like drug dealers, bad people doing bad things.
They'll always be looking over their shoulder.

God, I hope so, it's getting harder every day to remain an honest man.


Maybe there's more in the works.

From what I've been able to find out over the past four days, there may well be more in the works.  Hopefully, more on this later.
Posted by Philip Munger at 12:38 PM

check out Shannyn Moore's podcasts on this.

Looks like everybody in P-burg, ADF&G, UFA
NMFS enforcement, both Begich's and Murkowski's offices knew about this years ago and chose to do nothing.