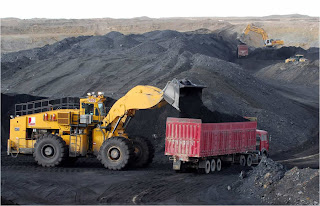 I.  The Mat Valley Coalition will be holding two training sessions at Palmer's Church of the Covenant, on Monday and Tuesday evenings.  You only need to attend one:


FREE CITIZEN ADVOCACY ACADEMY will be held in Palmer at the Church of the Covenant, August 8 & 9 from 4-9pm.

This is on Monday and Tuesday evening, so please plan now to join us.

Are you wanting to make a change in your community, but not sure you have the tools or training you need? In this exciting two-day training, you will learn tools and tips of the trade that you can use to make powerful, lasting impact in Alaska. Join professional outreach staff with experience on a local and national scale how to: set concrete and achievable goals, participate in the political process, listen to and talk with diverse audiences, effectively work with media, and more!

You will also have the opportunity to take action on important Mat Valley Coalition and community issues that need our help.

The Citizen Advocacy Academy is FREE. Dinner is included. Space is limited.

Please RSVP to Heather at mvc@mtaonline.net.

Part of the reason the plans for a huge coal plant just south of downtown Palmer were defeated in 2007 and 2008 were valid concerns about the smoke and dust blowing into our homes and lungs whenever it gets windy in the Mat-Su Valley.  That is also an important aspect of why people are alarmed at the Wishbone Hill open-pit coal mine project upwind from the most densely populated parts of the Valley.

Wouldn't it serve us better to build wind farms in the same general area where the mines are being planned?  The wind roars thrugh the Matanuska Valley many days out of the year.  Wind farms would probably employ more local people than would the mines.  They would be there a lot longer than the coal mines, and your property would be worth considerably more a generation down the road.


Here's a story from Michigan:


“We have more than enough electricity to meet the current demand,” Palnau said. “Right now, there are no problems in supplying the demand, so that’s a reason why Consumers wouldn’t be building their new plant right now.”


It breaks my heart.


HAMPTON TOWNSHIP — There are big plans under way to generate new electric power in Bay County, the Great Lakes Bay Region and around the state.
But a new coal-fired power plant at Consumers Energy’s Hampton Township complex isn’t in the mix right now.
From a wind-turbine farm in southern Bay County to a cutting-edge biomass-fueled plant in Midland County, other companies are moving forward with variety of energy projects.


It’s no concidence that the largest wind farm in Michigan is going up within a stone’s throw of where the coal plant would have been.


No one will mistake these miles and miles of flat farmland for the Thumb or the shores of Lake Michigan. But here in the middle of Michigan’s Lower Peninsula, where the wind happens to blow just right, the state’s largest wind farm is starting to take shape amid fields of corn, beans and sugar beets.
In just a few weeks, enormous steel towers, fiberglass blades, gearboxes and other parts that go into 464-foot-tall wind turbines will be arriving from around the country. About 150 construction workers will begin building the first of 133 wind turbines at the new Invenergy wind farm in the northeast corner of Gratiot County, west of Saginaw.


That along with many other wind farms have unquestionably shut down a coal fired power plant. Cleaner air and cleaner water for the folks in Michigan’s thumb region.
Great news. And it’s a lot more affordable.

Posted by Philip Munger at 7:32 AM

how many protected eagles will be killed by those wind mills? Also, where does the steel come from to make those windmills? Last time I checked it doesn't grow on trees. If it did I'm sure you would hate that because trees would have to be cut down. In fact steel is made from coal and it takes electricity to make steel. So all of you save the earth preservationist who want to save the world need to think about the mining practices conducted overseas that make these precious windmills. Keep shutting down everything here in the US and we will have our windpower but I guaranteee you the world use of coal will sky rocket. Keep it up!!