Freedom and the Fight for Ethical Government 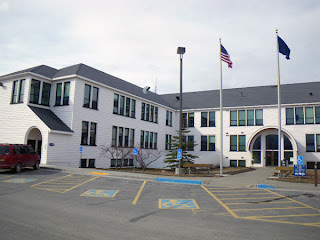 Ethics hang in the balance at the Mat-Su Borough Assembly meeting Aug. 16 as two very different ethics ordinances are scheduled for consideration on the same agenda. Two months ago, Ordinance 11-060 was introduced to eliminate the all-volunteer ethics board and replace it with one paid administrative hearing officer (at $120 per hour), who would serve as cop, investigator, judge, jury and executioner.

People from all walks of life — veterans, homemakers, former and current ethics board members and others from every part of the political spectrum — testified unanimously against it. Yet, the poorly conceived ethics board elimination proposal still appears on Tuesday’s agenda.

After an assembly work session Aug. 2, it now appears that the original ethics board reform proposal (11-022) will be used as the vehicle for consideration, but that is where the good news ends.

One idea from the work session could take away the right of a resident to file an ethics complaint unless he or she paid a $1,000 filing fee. Another would hand over most of the process to a paid administrative hearing officer and relegate the ethics board to being advisory only — similar to the proposal to eliminate the ethics board. It would also take away current ethics board abilities to initiate a complaint, amend a complaint or issue its own opinions. Basically, these ideas would take away our rights as residents and take the teeth out of the kind of good government oversight Americans and borough residents expect from their government.

Up until now, the assembly has supported a strong and independent ethics system. However, since 2006, two cases that incurred high attorney’s fees are now being used as excuses to gut the ethics process. In fact, the ethics board was rewriting the borough code when it recognized the need to find less expensive and more efficient ways to accomplish the ethics process. Those recommendations are included in the ethics board reform proposal 11-022 and they eliminate two current attorney positions that tend to cost the most money.

Where the ethics board held tough was support for an independent investigator to make sure that the same person who investigates it does not make decisions about the case. That preserves the rights of everyone involved. Without this guarantee of investigative independence, it would be like having the prosecuting attorney also be the judge. An independent attorney would, of course, incur some costs. But those costs tend to be very limited, and it may be possible to use an administrative hearing officer, at $120 per hour, so long as it is not the same one who conducts the hearing. Just as we know freedom isn’t free, neither is a good government ethics process.

An administrative hearing officer could be helpful to efficiently screen a complaint and focus the board on the issues of determining probable cause, investigation of facts and facilitating an adjudicatory hearing. Responsibility, at each decision point, should be formed by the deliberations of the volunteer ethics board members — similar to a jury — not a lone paid hearing officer. A hearing officer might be helpful to the board as it writes a decision to make sure the reasoning clearly applies the law to the facts of the case — again as the facilitator, not the decision-maker.

Ethics board reform proposals in Ordinance 11-022 are solid. Any improvements need to be well thought out and any attempt to weaken the ethics board or its process should be kicked aside.

People who care about pending ethics legislation can testify Tuesday, Aug. 16 at a special meeting from 4 to 6 p.m. and again at the regular public hearing scheduled for 7 p.m.


Copyright © 2011 Frontiersman
[Jim Sykes served as ethics board chair during most of the development of reform proposals 2007-09]
Posted by Philip Munger at 10:32 AM