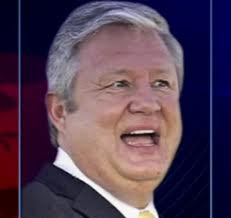 Was it the glitter that was showered down upon his clinic reception room by a roving band of gay barbarians last week that helped him turn the corner?


The activist responsible for glittering Newt Gingrich, Nick Espinosa, and several others launched a glitterific attack upon Marcus Bachmann’s clinic where it is reported he practices “ex-gay” therapy.

Bachmann had previously stated that gays were “barbarians who need to be disciplined.”

The activist and a horde of gay barbarians descended upon the clinic last month demanding that Bachmann come out and discipline them for their deviant behaviour.

When Bachmann was nowhere to be found, the barbarians took it upon themselves to glitter the waiting room and reception chanting, “You can’t pray away the gay — baby, I was born this way!”

Here's the youtube they made of the reception room glittering last week:


Today, the invaders came back. Surprisingly, Dr. Bachmann came out, whip in hand, to discipline them. Here's a youtube of his conversion during that hilarious event:

Glad to see he finally came out. It was only a matter of time.

I sure hope GAGA sees this and makes a comment. It will help the video go uber-viral. It would be beyond wonderful for her to actually join in with a flash mob somewhere and make a statement to the whole party nationally.