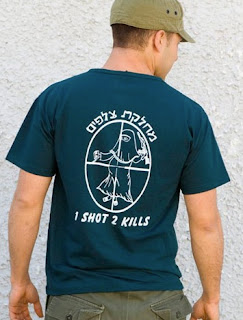 The Senate has restricted U.S. military aid in the past to countries implicated in serious human rights violations. Egypt, Pakistan and Jordan have had military funding withheld when evidence surfaced of war crimes or endemic rights violations.

Vermont U.S. Sen. Patrick Leahy has been working on possible legislation to target three Israeli units for a similar cutoff: Shayetet 13, the naval commando unit that killed eight Turks and an American on the Mavi Marmara, the undercover Duvdevan unit, and the Shaldag unit of the air force.

Sen. Leahy has been considering this move since early summer, but the news broke today, with a story in Haaretz:


Defense Minister Ehud Barak, a long-time friend of Leahy's, met with him in Washington two weeks ago to try to persuade him to withdraw the initiative.

According to a senior Israeli official in Jerusalem, Leahy began promoting the legislation in recent months after he was approached by voters in his home state of Vermont.

A few months ago, a group of pro-Palestinian protesters staged a rally across from Leahy's office, demanding that he denounce the killing by Shayetet 13 commandos of nine Turkish activists who were part of the flotilla to Gaza last May.

Leahy, who heads the Senate Appropriations Committee's sub-committee on foreign operations, was the principle sponsor of a 1997 bill prohibiting the United States from providing military assistance or funding to foreign military units suspected of human rights abuses or war crimes. The law also stipulates that the U.S. Defense Department screen foreign officers and soldiers who come to the United States for training for this purpose.

Leahy wants the new clause to become a part of the U.S. foreign assistance legislation for 2012, placing restrictions on military assistance to Israel, particularly to those three units.

Leahy says these units are responsible for harming innocent Palestinian civilians and that no system of investigation is in place to ensure that their members are not committing human rights violations. According to Leahy's proposal, U.S. military assistance to Israel would be subject to the same restrictions that apply to countries such as Egypt, Pakistan and Jordan.

Apparently, Leahy let the Israeli government know early on that he was contemplating applying the same standards to the IDF that we assign to the other three countries to which we give such aid.

According to Jason Ditz at Antiwar.com, the Israelis are arguing that they have satisfactory mechanisms in place to police their soldiers when such claims as human rights violations occur:


The proposal had Israeli Defense Minister Ehud Barak holding secret meetings with Leahy earlier this month, during which Barak demanded that the bill be withdrawn from consideration. It does not appear that it was successful.

Barak’s argument, apparently, was that Israel’s military has “broader powers” than the judiciary within the US military and that Palestinians are supposed to approach the military advocate general with complaints of abuse.

Leahy’s bill would oblige Israel to set up some system to ensure that its armed forces are not committing human rights violations.

In the case of the naval commando unit, Shayetet 13, serious questions are outstanding as to exactly how the nine Mavi Marmara victims died.  Eyewitness accounts and forensic evidence point toward some of them having been summarily executed after the vessel was seized.

In the case of  the Duvdevan Unit, there have been many examples over the years of  human rights violations.  Here's a description of one of the most recent:


An Israeli soldier who shot dead a Palestinian man as he lay in his bed has been exonerated. Another soldier involved in the incident was discharged from the Israel Defense Forces (IDF) for acting “unprofessionally.”

The killing took place on January 7, when soldiers from the Duvdevan unit, described by the IDF as “a professional elite unit specializing in close combat, camouflage and assimilation into hostile territory,” raided a Hebron apartment building in search of five Hamas militants. They mistakenly stormed the home of Amr Qawasme, who lived above where the wanted men were thought to be hiding, and opened fire almost immediately after encountering what they described as “suspicious movement.” It turns out Qawasme was in his bed. His relatives say he was sleeping. Two soldiers shot the 65-year-old Palestinian man in the head and chest, splattering the bed and the surrounding area with blood and killing Qawasme instantly.

In the case of the Shaldag Unit, little has come to surface recently, but they operate mostly outside of Israeli borders and very little within the occupied Palestinian territories of the West Bank and Gaza.

Sen. Leahy has direct responsibilities in this area, as he is chair of the Senate Appropriations Committee's sub-committee on foreign operations, and as noted above, is seen to be consistent in how he wants to review our relationships with the funding of military operations, equipment or performance of foreign military units we help finance.  And, as noted above, he has developed fairly close personal relationships with some of the Israeli government figures with whom he has dealt over a long career in the Senate.

Leahy has won his past three elections by 72%, 71% and 62%.  He doesn't come up again until 2016.  Such a bold opening move on pushing legislation like this by a highly respected senior Senator against Israeli prerogatives in our Congress may not be entirely unprecedented, but it seems to me that this is an important development.

The Israeli press and American anti-war press will cover this, but if the Israelis cannot convince Sen. Leahy to drop his idea, or get other Senators to act directly as their agents to get it derailed, the proposal or bill will eventually attract some MSM attention.

I doubt it will pass, though.  The subcommittee is quite conservative, even by Senate standards.  If it does become law it will be a sign of major change in how our national legislature deals with aid to Israel.  Leahy's targeting of three units with particularly egregious records is a sign of shrewdness on his part.

The Israeli claims that their military is held to a higher standard than any other armed force in the world are no more true than they are when the U.S. makes those same claims.   Internal investigations of war crimes by any military force tend to get results like the house arrest of Lt. Calley and so on.
Posted by Philip Munger at 11:35 PM