Tim Lincecum Wipes the Grin off of W's Face 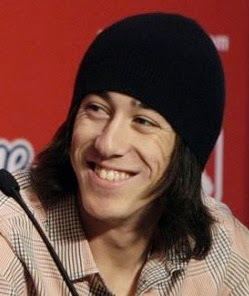 The cameras kept panning onto George W Bush during game 5 of the 2010 World Series. It was impossible not to, as Bush and Laura were seated right beyond the fence behind the batters' box in the Arlington stadium.

Bush was glum after Edgar Renteria hit a 3-run homer in the top of the 7th, to end six scoreless innings. But he started getting animated in the bottom of the 7th, after the Rangers' Nelson Cruz hit a solo homer. After talking with the coach and the catcher, Lincecum struck out two Rangers in a row, retiring the side.

Bush's head was hanging low. He was morose all through the 8th and 9th, as the Giants went on to win the game 3-1.

Little known Tim Lincecum fact: He attended and graduated from Issaquah Washington's Liberty High School in the Renton Highlands. There are hundreds or more Liberty High Schools in the USA. But Tim's school may be the only one named after the USS Liberty, AGTR-5. I hope the survivors know that. They certainly wouldn't have found it out by watching FAUX Sports.

It was the first Giants World Series crown since the franchise moved to California from New York. The last Giant series crown, in 1954, was the first series I watched on TV. A Setchell-Carlson Model 56.

That '54 4-game series against the Cleveland Indians was also the one that featured Willy Mays' "catch," in game one:

Posted by Philip Munger at 6:46 PM

The Giants have a really good team. I am in TX so I'm a Rangers fan and would have liked to see them win. But the
Giants played a better game.
All Texans aren't "Teabagger Perry" or Bush fans but we have to spend alot of time in the blogosphere defending TX because of those two.

I watched the newly arrived Giants at Candlestick as a teen. My Babe Ruth coach took me to the games and sometimes predicted when Willie would 'Pak It'. Great series, especially gratifying all in all. And in other new Brietbart joins Bristol on ABC tb. Who gets voted off 1st? Shrillbono

I was so glad that "W" had to go home disappointed that SF won the World Series. The Rangers have a pretty good team, but I believe it was SF's experience and pitching prowess that won the day. Lincecum is awesome. That he is a West Coaster is a definite plus!

very well.i want to inform if any one want

Whoever posted the tweet at the top of this stream, pull your head out and then bite your tongue. The Giants aren't "Pelosi's" any more than an original idea is Jerry Brown's. I doubt Pelosi knows or cares dick about baseball. And can we please call them the World Champion SF Giants? They (actually) worked so hard for that. Yes, thank you.