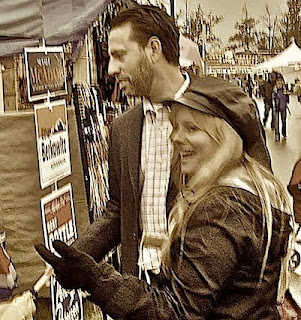 Nobody wants to see Joe Miller exit far right from the Alaska stage more than I do. His claim, though, that "[t]he voters of Alaska deserve to have a consistent standard apply to the future, whether or not they deserve integrity in the vote, and those are questions that are not answered yet," has genuine merit.

Shannyn Moore covered this in depth on Wednesday, and PA took that up yesterday. So far, though, neither the Anchorage Daily News nor the Alaska Dispatch have looked through the reasoning behind the Miller campaign's request to have his ballots counted by hand, as have been those of Lisa Murkowski. Third request is the first opportunity to revisit some unfinished business between the State of Alaska Division of Elections and Alaska's voters.

Yesterday evening's article by Joshua Saul and Craig Medred at the Dispatch on Miller's reluctance to concede is a case in point:

It was unclear what ballots DeSoto was referencing, but election observers were of the opinion he was most likely talking about votes computers would not read because voters did not fully blackout the oval designating their candidate. That could lead to another lawsuit over what qualifies as a valid vote. The state Supreme Court has ruled in past cases that if voters fail to black out the oval, too bad; the vote doesn't count.

But ovals might not be the only problem. "The count itself is also suspect due to past problems with machine counting in Alaska," DeSoto said. "Given how close the vote totals are, Miller needs to be given the same opportunity of having all of his ballots inspected and counted by hand to ensure every vote cast for him is counted."

That's as close as they come to really attacking the open issue, the accountability of our election process, from beginning to end. Most of the Saul-Medred article is sketchy journalism on the outstanding issues of flaws in the machines and the way votes are tabulated statewide after they have been individually entered into the machines in the precincts.

Did these two guys interview former Communications Director of the Alaska Democratic Party on the lawsuit referenced by Miller's camp in regard to their concerns? No.

Did they interview the team from UAA, whose audit recommendations from 2008 have only been sparsely implemented. No.

Here's the state response to the audit recommendations:

Implementation of the following preliminary recommendations has been initiated by the Division of Elections:

1. Do not implement the Premier Election Solutions Assure1.2 platform for the 2008 election cycle. This version of the ballot tabulation system was not federally certified by the United States Election Assistance Commission in time to effectively coordinate and implement for 2008. The upgrade of equipment to the Assure 1.2 software is planned for 2009 as part of a multi-phase, multi-year systematic, continuous improvement process.

2. Upgrade all relevant equipment with Premier Election Solutions Key Card Tool. This upgrade will provide a significant enhancement to existing system security through the use of improved password management and security keys. The upgrade to Key Card Tool will be coordinated with functionality testing on each piece of equipment for the 2008 Primary and General elections.

6. Remove the barcode from the touchscreen’s voter-verifiable paper trail.

7. Installation of a key safe for the storage of physical access keys and Key Card Tool encryption keys and passwords.

That state response failed to address many of the problems cited in the UAA audit. Additionally, since the time of the UAA audit and state response, hundreds of questions have emerged about the integrity of these machines and the way information is collected, collated and recorded. States have dropped use of these machines or have gone much further than has Alaska in efforts to make this complex communication system less hackable. Beyond that, many academics have demonstrated that, no matter what a state, county or city does in regard to this system, it remains hackable.

I recommend that Saul and Medred read the Democratic Party lawsuit, the state's response, the UAA audit report and then ask the Division of Elections for an update on compliance before passing judgement on Miller's request. A complete file is available at state Democratic Party Headquarters, Josh & Craig.

The state's June 30 2010 update to their HAVA (Help America to Vote) plan states:

Due to the increased public scrutiny of electronic voting systems, Alaska has continuously had to defend the testing, security and auditing processes used in Alaska to ensure safe and accurate elections. With recent studies that have identified vulnerabilities in the voting system used in Alaska and elsewhere, the division has worked with the University of Alaska to review the testing and security procedures used in Alaska and make recommendations for improvements. The division has begun, and will continue to implement the findings and recommendations provided by the University of Alaska to ensure our ballot tabulation system is secure and that security risks are mitigated.

However, the report cites no examples of comprehensive compliance with the UAA auditors, nor does it record how they are continuing to implement recommendations.

It is time to put some first class investigative reporters on to this issue. Jill Burke and Richard Mauer come to mind.

Update - 1:05 p.m: Voting expert Brad Friedman has posted a very thorough overview of this issue at The BradBlog (cross-posted at The Mudflats).

Along with Bev Harris, Friedman is one of the USA's foremost experts on voting integrity issues. Friedman's excellent overview (which includes recent interviews with Alaska Division of Election officials regarding the division's continuing lack of compliance with the recommendations of the UAA audit, as covered above by PA and elsewhere by Shannyn Moore) certainly doesn't negate the need for Alaska's mainstream media to finally meet the responsibility of explaining the importance of voting integrity to the Alaska voting public.

Update - 3:30 p.m: The National Review (the NRO's Corner) has picked up on Shannyn Moore's Huffington Post version of the post I've cited above and yesterday. Not surprisingly, their story totally leaves out the parts that most concern Brad Friedman, myself and Moore - those involving the Accu-scan system's overall communications structure, records involving that from past and present, and the way the State of Aaska is both negligently dealing with the structural problems, and with being honest with the public.

Instead, the NRO article's author, Katrina Trinko, concentrates on the low 2010 voter turnout and the somewhat specious comparisons Moore made, comparing Goldbelt Security Services to Dropzone.

image - Joe Miller may be in need of some rest and time to spend with close friends, but this election credibility issue should be resolved first
Posted by Philip Munger at 7:23 AM

Why do the rights of the people only come up from Joe when they benefit His Majesty? How about if we just let things be as they are and in THE NEXT election we go for accuracy? Joe would not compromise and he is an arrogant little sh•• who is not fit to tie his own shoelaces.

Could it be possible that the conventional wisdom is wrong- that Bush actually won in a landslide in 2000? That ACORN and the New Black Panther Party nearly stole the election away from G.W.?

How about Scott McAdams actually won this election- not Lisa or Joe.

Why should anyone worry about finding out what happened in this and previous elections in Alaska- USING DIEBOLD MACHINES?

Why might AK Dispatch have a problem understanding and covering this issue? HMMM

The irony is that they only want to promote rights when it benefits them... and here we are, standing up for the rights of all.

Is that Adele Morgan in the photo with Joe?

Thanks for posting the updates.

The media coverage of the important parts of this has been terribly inept. Also a lot of see no evil and report no evil.

I am curious about several things:
the same items listed in the 330 update. I wonder if this might be the time that a republican proves an election has been stolen...by a republican?

Has Miller filed challenges or lawsuits yet on these items?

What is the procedure that he has to follow to be able to verify these things ?

Thanks for the posting on this and other things.

It would be truly amazing if the Ak blogs ran ahead on this issue and skulduggery(ies) is proven.

Joe is sort of who he says he is. Unlike her Royal Lisa-a moderate she is NOT!

If they actually counted the ballots...who knows...Scott McAdams might have won!