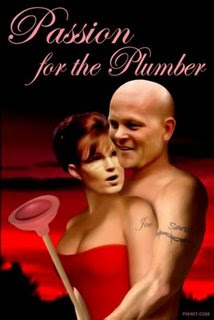 I've created a list of the top ten Alaska political stories of 2008. You can help create the final list.

Please add other events I missed.

I'll get some help on evaluating the importance of the entries.

3. High energy costs over two consecutive winters eviscerates Alaska's rural economy and social structure, even after years of warning that this would happen.

7. The combination of Palin's elevation to national attention, the investigations into her handling of public safety director Walt Monegan's removal, the national McCain campaign's temporary takeover of Alaska government communication offices, national media reporters' appearance here, and local bloggers' involvement in getting the story out creating a new narrative from the far north.

8. The defeat of all progressive ballot initiatives in the August Alaska primary, partially due to Gov. Palin's unprecedented partisan intervention in closing week ads (before she was selected to run with McCain on a higher level).

9. Incremental gains by Alaska Democrats and progressives statewide, in November, in spite of the Palin mania.

10. The disgusting moves by managers, editors and publishers in Alaska's most influential media outlets, as they looked their own survival in the mirror, saw a pitbull with lipstick, and kept on looking for more lipstick, long after it ran out. They used up seven years of lipstick and broke the mirror, too.

Anyway, that's my pre-Christmas take on a meme that usually doesn't get started until December 26th. If you think Progressive Alaska missed an important political development here in 2008, please comment on it. I probably missed one or more.
Posted by Philip Munger at 9:33 PM

the feb. 5th democratic caucus was it for me in '08. that one is still blowing my mind. add to your bit about media transformations, the voice of the times going away altogether and the dumbing down of KUDO.

also thought it was a big deal that jim whittaker [mayor of fairbanks north star borough, right?], a republican spoke at the democratic convention in support of obama.

A place for the Corrupt Bastards' convictions should fit somewhere in there. I think a 2009 predictions list next is in order Phil. DZ

I agree with Clark...Regarding #8: KUDO had such incredible momentum this spring: The record Democratic Caucus Turnout, the Coffee-Starr butt dial, listeners showing up and overwhelming assembly meetings, the resulting April progressive election where the Assembly made a left turn and all of the ballot props passed. 300+ active members on Precinct 1080...everything going so well until...Cary Carrigan and Mike Robbins took over and dismantled KUDO. I think there is a direct correlation to the August ballot props failing miserably and the lack of intelligent discussion on KUDO. Aaron was fired 4 months before the August election and Shannyn was fired 2 months before the election. Hell...maybe that's a story all on its own: The Grinch (Cary Carrigan) who stole KUDO!

Isn't #3 a myth? I heard a feature on APRN a week or two ago that talked about the population of bush Alaska --using school enrollment as a reliable measure-- either remaining stable or growing.

Essentially, what I'm getting at in #3 is more than the issue of people relocating.

A lot of commercial fishermen have had to re-think their business models because of fuel prices. After paying for fuel, cold storage companies have to charge a premium for stored fish products. School districts have seen tremendous growth in expenses related to energy use. And so on.

Energy prices are down quite a bit right now, but they won't stay there.

I agree with what you've written above, but would you agree with me that "high energy costs...eviscerates Alaska's rural economy and social structure" is an overstatement?

Several of the people I'v talked to from coastal and off-the-road-grid interior communities would feel "high energy costs...eviscerates Alaska's rural economy and social structure" is accurate.

How would you put it, past what you said in your first comment?

Alaska has a long history of communities wilting, dying or completely disappearing. Also, just spending a lot of money to put windmills into one village might work, but might fail in one further down the river, not because there's less wind, but because the second community has less dynamic leadership.

High energy costs do not rip the guts out of bush Alaska's economy or social structure. It makes it a hell of a lot harder to run a business and interferes with a whole lot of quality of life issues, but "eviscerate", no.

Booze, drugs, the host of social problems that come with booze and drugs, and poor tribal and political leadership eviscerate rural Alaskan communities.

If gas were to cost a buck a gallon, all of these problems would remain, ripping at the fabric of life in the bush.

You are treating booze and drugs as if they are the root of the problem when they are but the symptom.

If you took away everyone's booze and drugs, there would still be the massive problems in the Bush, including violence and sexual assault.

I am interested in progressives take on the problems in the bush. If booze and drugs are just the symptoms, what is the real problem?

Is it poverty? If they all had enough money would the problems go away? If so, how much is enough?

CD: the rape and violence happens when people are drunk or cranked.

Anon: Aboriginal peoples around the world experience the same problems. The dirty secret no one wants to admit is that aboriginal ways of life are incompatible with 21st century living.

The Romans either killed, enslaved or assimilated less advanced peoples. While genocide and slavery are (fortunately) considered unacceptable, assimilation also gets a bad rap.

The crux of the problem is that Western society cannot abandon Alaska natives to themselves and a cycle of child molestation, rape, violence and addiction. At the same time Alaska natives cannot go back to the days before they encountered western civilization and outside influences did not control their destiny.

Alaska native culture is slowly being repurposed, destroyed, and assimilated. It doesn't matter whether you'd like to stop it from happening or not, for this is the way of all things: Alaska natives are being slowly swept away with the tide of Darwinian advancement.

I await the predictable accusations of being guilty of various ''-isms", but I'd like to have a reasonable discussion of my argument, namely that history and biology teaches us that the Alaska natives are finished.

Try reading your last comment, and insert Polynesian or Mayan or Jewish people in there, wherever you have put Native Alaskan or aboriginal.

For sure, some aboriginal cultures die out. Others don't. Forced assimilation isn't genocide, but it comes close.

I always get a kick out of people who assume that the culture they represent must be the advanced edge of Darwinian evolution.

Humans may only be a short term blunder in the evolutionary march. I would say cockroaches have a better chance to survive the next ten thousand years than do humans.

I would say that energy and rural life making the urban news was the event, but the condition is not. That someone in urbanity is (finally) trying to analyze the situation is new but the analysis itself is still flawed (the numbers the school district had for an "influx" seemed much too small given for example, that nearly 15% of Bethel moved out in the summer of 2007; also, no one seems to understand the geographic dynamics of rural population and how to measure them. Here it is 21st century and folks still seem to think modern life is sitting in place. The state scientists need to come up to speed.) We need reliable, accurate numbers and models of sustainable living in Alaska.

An issue which is missed (again) is that some rural legislative representation is inbred and tend to focus on their own issues-- the house representative is the business partner and brother-in-law of the senator. Both own interests which are affected by rural building and rural mining. Massive outside funding (by "normal" standards") came into the 2008 elections from commercial interests tied to the elected official. The representative ran as a Democrat but has always been associated with Republican party interests.