Will December and January Be for the American Media What October and November Were for American Financing? 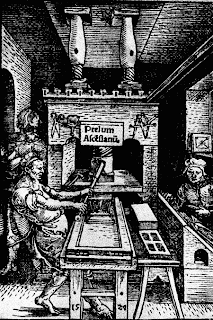 With McClatchey stock being worth about as much per share right now as a can of Pabst Blue Ribbon, and headed in the direction of Old Milwaukee, the Chicago Tribune filed for Chapter 11 bankruptcy today, the New York Times declared they need to take out another mortgage on their building to survive, and NBC Universal announced they may have to make major programming cutbacks soon.

As an article in the Huffington Post put it today, "The Los Angeles Times, Chicago Tribune, Baltimore Sun and other dailies filed for Chapter 11 bankruptcy Monday, the first major newspaper publisher to take such a step since the internet plunged the industry into a desperate struggle for survival."

It is strange watching this happen. Some of us have been predicting this since graphic interface web browsers like Mosaic came out, in 1992. So it has taken about 16 years and the disastrous economic policies of eight years of George W. Bush's administration to finally bring it about.

It is sad to see so many writers I fully respect have to worry about this, especially the way the general economy is looking, but it had to happen. It wasn't the writers' fault, though, as Tony Hopfinger observed this morning, in an article at the Alaska Dispatch. Hopfinger sees a fair share of the blame going onto the shoulders of inept or unimaginative editors, publishers, managers and owners.

And meanwhile, business will migrate more and more to web-based information sources. Which makes the continued and growing importance of net neutrality vital to the future of democracy.

Going through the comments to my two posts over the weekend, that questioned two aspects of recent actions by Anchorage Press writer Brendan Joel Kelley, and being involved with learning about how state-level press clubs and professional groups around the country are dealing with defining new media categories, it is obvious that the only pain in this rapid evolution isn't over future job worries.

I'm beginning to feel that the actions of many journalists in Alaska and elsewhere are hampered by their concerns about where they might next find employment, when their outlet locks its doors. Other industries are facing this same problem, as an economy that has run out of bubbles comes blubbering to a halt. But the mainstream media, especially if its owners are tied into financial services or complex real estate portfolios, is far more public in the ramifications of its death rattles than most other industries.

Journalists and columnists are who the public turns to, for their information about how bad this is. More and more, writers in the MSM, in all categories are reminding me of journalists and commentators in the media niche that covers Wall Street and investments.

When the dot com bubble began to burst in early 2000, programs like NPR's Marketplace, commentators in the Wall Street Journal, the financial investment magazines, and so on, were the last to inform investors of the looming problems. And the same goes for the real estate bubble burst, which has blown up so many other hyper-inflated dreams. Our business journalists and columnists, by and large, failed us utterly. The few who warned us were ostracized by their colleagues.

And here in Anchorage, where within a couple of months from each other, one might say that the new iterations of the readership of the Anchorage Times (the Alaska Standard), and of the Anchorage Daily News (the Alaska Dispatch), emerge, the traditional media give us no clue yet as to the new ventures' viability.

Both have been mentioned in the Anchorage Daily News' online-only Newsreader. The TV stations, to my knowledge, haven't covered them. Only the blogs have covered them fairly, though by no means universally.

My initial concern about the way the Press was dealing with internet coverage, only sharpened over the weekend, as I learned more about how Kelley chose to cover the emergence of the Alaska Standard, to the detriment of the Alaska Dispatch. One reliable source on one side of this story, has allowed Progressive Alaska to print this:

Thanks for mentioning AlaskaDispatch.com on your site over the past few months. You’ve been a great supporter. We haven’t marketed our site, in part because we still have larger aspirations for Alaska Dispatch. (As for the Anchorage Press story this week that mentions Alaska Dispatch but is focused on the new Alaska Standard website, the paper didn’t contact or interview us.) [emphasis added by PA]

We’re now finishing up a new site that will hopefully look and feel more like an online magazine. We hope to launch it sometime in January.

We will continue the Talk of the Tundra blog, but we hope that the topics will become more diverse and not as much about Palin and Stevens (we’ll have another blog focused on Palin). The new site will clearly separate journalism from opinion. Talk of the Tundra will be opinion and we’ll have news and features sections in a new center column. The right column will take advertising.

Our goal is to create an online magazine to produce original journalism. But the idea was to first establish a group blog published by Alaskans. We don’t consider Alaska Dispatch liberal or conservative. We seek all viewpoints. You don’t have to write about politics and you don’t have to be a “writer” to contribute. Consider it more like the “letters to the editor” in the newspaper.

We encourage thoughtful debate and stress avoiding personal attacks. We’re hoping for good arguments to back up opinions and that pieces are crafted with a larger audience in mind, recognizing that our readers come from all ends of the political spectrum and live in urban and rural Alaska, as well as the lower 48.

We want both opinion and slices of life. So besides commentary, you can write vignettes and stories about Alaska, too. We really hope people will contribute stories with scenes and people, offering what it’s like to live in Alaska. Some of those will run on the blog. Others will appear as features. And if you have photos, send them our way. We will post photos daily when the new site is up.

We encourage all Alaskans to contribute to Talk of the Tundra. It must become self-sustaining by Alaskans’ contributions in order for us to take the next step in developing the journalism on the site. We don’t have enough time or resources to write the blog and develop the news content. Besides, the idea is to make Talk of the Tundra a voice for Alaskans—not ourselves. If you want to contribute – including bloggers – send posts to alaskadispatch@gmail.com. Include your full name and a bio that we can run at the end of your piece, as well as web links to your homepage or blog.

Thanks for reading us,

Brendan Joel Kelley never did offer a coherent explanation of what he meant, and which blogs he was referencing, when he wrote last week in the Press, about "the glut of hand-wringing, partially-informed, political blogs here in the state."

Nor has the Alaska Standard's main contributor, Dan Fagan, answered why he printed "Liberal bloggers are getting their panties’ in a wad over our new site," at a time when, to my knowledge, none of us had written about his site at all.

I expect Brendan might still attempt a full, honest answer to the question. As for Dan, I doubt it.
Posted by Philip Munger at 3:15 PM

Tina Brown has got a nice piece on this (national) topic over at The Daily Beast.

the governor of illinois gets busted trying to sell barry's old senate seat and you're still kvetching about brendan ?

yeah, philip, that's her. it wasn't all bad, though. she introduced a whole new generation of artists and writers there, too. got rid of the mothballs and that weird old man smell.
did you ever read tom wolfe's piece about the new yorker? it ran in two consecutive sunday magazine sections in the old NY herald tribune in '63 and he reprinted it in a '98 short story collection. what a scream!

sigh... phill, you really need to get over yourself...

The title of this piece is no where near how jilted you behave in the ending.

You should probably stick to victimizing teen mothers.