From the Cornering Editors Corner 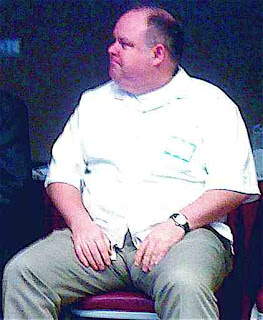 Chapter One: Dan Fagan.
On January 5th, I asked Alaska Standard editor Dan Fagan to voluntarily provide information to Progressive Alaska and to the public about how his Dittman poll was conducted on a Sarah Palin-Lisa Murkowski 2010 U.S. Senate Matchup:

In The Alaska Standard you have published a poll, comparing Gov. Sarah Palin and Sen. Lisa Murkowski. In the undated article accompanying the poll, the Standard states:

"According to a poll commissioned by The Alaska Standard and conducted by Dittman Research, Governor Sarah Palin is no longer Alaska's most popular politician."

Could you describe how the poll was financed? Other than revenues from normal operation of the Alaska Standard, or from funds provided by the editor or staff, was there any financial help on the poll? Could you detail this?

Proceeds from my crack selling business paid for the poll. Any more questions?

Sent from my iPhone

The same day, I replied to Dan:

Maybe you should pull your pants up far enough so people don't have to pay you not to see the crack. 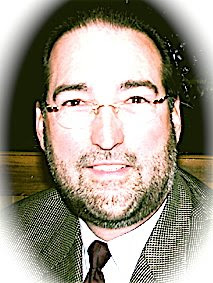 Yesterday evening PA posted another open letter to Pat Dougherty, wondering why they were keeping their Sarah Palin shrine up, after Bob Poe had filed for the 2010 Governor's race. I followed the open letter up with one to his ADN email early this morning. In large part, it reads:

Sarah Palin the star is also Sarah Palin the governor with no intention of leaving politics in the near future. Indeed, it appears that almost her every move is coldly calculated to enhance that career. Even when her political mentors, her friends, her family, her donors and - yes, YOU - do everything she could expect, she still has that coldly calculated bottom line - Sarah Palin. That's part of how and why she can bait you into your weird email exchange on a subject you've handled far better than many subjects covered by the ADN, at the same time you cultivate her online shrine at the ADN.

By suggesting you erect a similar shrine at your electronic edition for Bill Poe, a Democratic Party member who has filed to run for the elected position Palin now occupies, I'm not endorsing Mr. Poe. I have a hunch other Democrats will be filing for this race, as will Republicans. And perhaps Palin will file for another race in 2010, rather than seek a second term as our governor.

The shrine appears to constitute something akin to free advertising, though.

Unless you can justify its continued presence in a way that puts Gov. Palin on an entirely different public image footing than rivals and potential rivals ---

TEAR DOWN THAT SHRINE, MR. DOUGHERTY!

Pat Dougherty replied this afternoon. In part his reply reads:

I don't have time to read your entire email, but if I understand the gist, I think we agree. We had planned to move or eliminate some of the Gov. Palin content on adn.com as soon as we can.
Thanks for writing.

The front page ADN link to the Sarah Palin shrine was removed late this afternoon.

The html link remains active, though.
Posted by Philip Munger at 10:13 PM

He did read your whole email, Phil. He was just being catty.

He's pretty busy protecting important intellectual property rights that he finds it hard to believe that I, as a composer who relies upon such rights all the time, should be sensible enough to appreciate.

Thank you, Phil, for getting the SP shrine off the ADN homepage. It didn't really occur to me how wrong it was until you mentioned it.

I am so damn sick and tired of having that whack-job shoved down my throat!

anon @ #3 - Mr. Dougherty says "We had planned to move or eliminate some of the Gov. Palin content on adn.com as soon as we can."

It may be that my letter on wednesday had nothing to do with the timing of their movement of the content access from the front page of their electronic edition. I've been informed since I published the open letter that ADN employees had already brought this issue to the attention of Matt Zencey, who would have probably brought it to the attention of the very busy Mr. Dougherty.

from today's ADN: "I'm just now today getting information in from surrounding villages," said Tara Jollie, director of the state Division of Community and Regional Affairs.
funny, everybody else heard about it on monday.
i guess we're all eagerly awaiting a statement from palin herself........

just read krestia degeorge at the anch press on why "bloggers' complaints about real journalists ring hollow". i don't necessarily disagree with some of her points, just have different reasons. she closes with this:
I’m optimistic that in the long run some combination of news sources will eventually emerge that will allow the public to stay informed—perhaps smaller but more numerous traditional papers coupled with a more robust collection of online sources doing original reporting.
Until that emerges, though, let’s pray that the aging giants like the ADN can hold on to enough reporters to keep the public informed and the powerful accountable in the short run.
y'all will let everyone know when you're ready to emerge, right?
i shudder a little to think about what palin might have been doing if ADN and KTUU hadn't been 'keeping her accountable'.

Sarah Palin? Wasn't she a majorette with the Wasilla Marching Band?