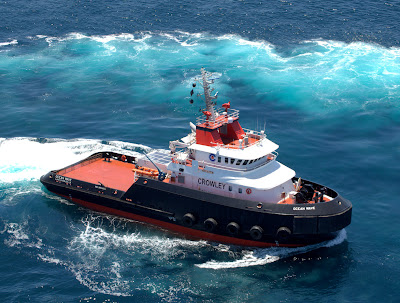 From an anonymous informant:


there was a collision between the Ocean Wave and one of the Foss tugs. The Ocean Wave was t-boned by the Foss tug.  The harbormaster thought that the collision occurred in Kiliuda Bay or near there about five days ago. Quality Marine has already applied an external patch and is working on internal damage now here in Kodiak. 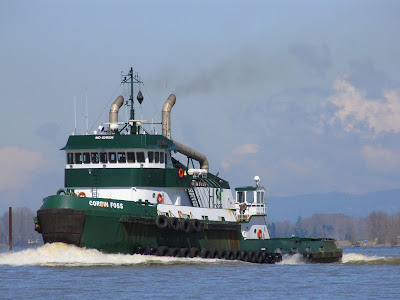 And below, the proposed towing scheme.  When I saw this drawing, I thought, Oh, no!" 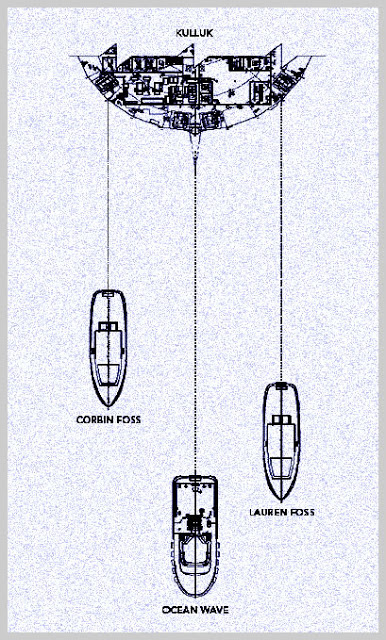 Update:  Lisa Demer from the ADN picked up the story from the USCG later Tuesday afternoon.
Posted by Philip Munger at 5:34 PM

Maybe if they had left the AIS systems on they could have avoided a collision. But then we would be able to track them and know what they are up to.

lol. What an unmitigated and epic continuing clusterfuck. I'm not an expert at marine towing, but you wouldn't want to do it the way the illustration shows imo.

I work or foss and was on bored during the time of the incident. AIS? Really? The on watch deck officer knew he was there and was fully aware of all his contacts. AIS is in effective when you're range is that close to begin with. CPA alarms on the radar are turned off due to the clos proximity of all the vessels plus the kulluk. The answer is much simpler than the use of electronic tools. How about maintaining a proper nav watch, keeping you're eyes out the window as opposed to the chart table for starts. Thankfully capt. Dumbshit no longer works here.

You're Right you are not an expert. Neither are the fellas that towed this from the begging with only a half shot of chain for surge gear and further more towing somthing this size from a single point of contact instead of have to padeyes welded to the deck to make a bridal. This would have prevented the kulluk from yawning side to side in a heavy sea. As for the surge gear on a rig that big a guy would probably want 3-4 shots of chain coming off the fishplate, but again all this could have been avoided had these guys not towed the kulluk down the outside route of kodiak island. Should have contracted guys from the PNW OR ALASKA with the expirience do this job. Nobody ever goes that way during the winter. This ain't the gulf of Mexico and Alaska makes Texas look like rode island. It would be my preference that boys from the gulf stay in the gulf.