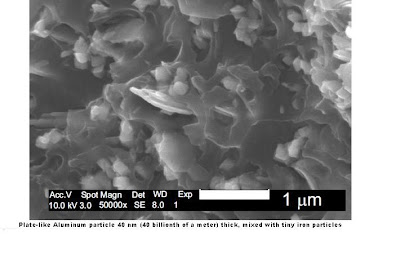 It is almost stunning that the powers that be allowed both Colorado Public Television and National PBS to air this documentary this summer.

It is the most measured, credible documentary I've yet seen.

During the last half hour of the program, psychologists look at why we cannot face the most likely truth of 9-11 - that it was an inside job.   By concentrating on the physics of the destruction of Building Seven, and on the physical evidence of nano explosives in debris, that is the only conclusion one can rationally come to. The part of the documentary that is aired mentions the limited possibilities for a source of such sophisticated explosives, but fails to go further into that. Unfortunately, the Colorado PBS system has taken down direct embedding of their long, 90-minute program that was unique. Here's a link to it. They used the program as a fundraiser, which is as interesting as any other aspect of this.
Posted by Philip Munger at 4:36 PM

One doesn't have to be an engineer to understand
that the buildings couldn't have collapsed in the
manner they did without inside structural 'help'.
Also, where are the jet plane parts that supposably
hit the Pentagon?