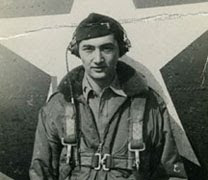 Progressive historian Howard Zinn passed away today. He was a decorated B-17 bombardier during World War II. His doctoral thesis was about Fiorello LaGuardia's congressional career. It was the prototype to his set of challenges to the role of America in the world, and to our historians, that gained traction in the last decade of the 20th Century.

Along with colleagues Noam Chomsky and the late Studs Turkel, he seemed to age very, very well, showing us that our elders can be among the most wise amongst us.

Here's one of his most recent video clips available on Youtube, commenting at a Cape Cod public access channel on the award to President Obama, of the Nobel Peace Prize:

For your readers who may prefer their history to be an accurate retelling of the past rather than non-objective marching orders for the present, Zinn will no doubt disappoint.


While every historian has his biases, Zinn makes no effort to overcome his.

What is considered vice by most historian, politically motivated inaccuracies, long-winded rants, convenient omissions, substituting partisanship for objectivity, all that is transformed into virtue by Zinn.

When confronted with his own lack of objectivity,

it was Zinn who said, "“Objectivity is impossible, and it is also undesirable."

One only need read Zinn's books to learn of Zinn's lack of more than just objectivity.

Through Zinn’s looking-glass world, Maoist China, site of history’s bloodiest state-sponsored killings, transforms into “the closest thing, in the long history of that ancient country, to a people’s government, independent of outside control.”

The authoritarian Nicaraguan Sandinistas were “welcomed” by their own people, while the opposition Contras, who backed the candidate that triumphed when free elections were finally held, were a “terrorist group” that “seemed to have no popular support inside Nicaragua.”

Castro’s Cuba, readers learn, “had no bloody record of suppression."

When you seek to find someone that you think might confirm your erroneous misconceptions, phil, you could lay off some poor guy who just died.

Trying to score cheap political points off of other peoples death is disgusting.

Not to mention, Zinn's opinion is far from affirmation that your preconceived notions hold any merit.

Please attempt to elevate your posts beyond your inadequacies.

His statement about China is accurate.

His statement about Nicaragua is accurate, insofar as the Sandinistas were initially welcomed. You take him out of context here. He has been critical of them and of Manuel Ortega elsewhere.

I'm unaware of the Castro quote you cite, but Batista killed thousands of Cubans. Have you ever written about that?

Zinn's People's History of the US is a valuable book.

I just finished re-reading Dwight Eisenhower's Crusade in Europe, then loaned it to a friend.

as you like it, your last sentence says it all.

You call Zinn a partisan historian, and you're not posting viewpoints from your supposed library that do not support your preconceptions.

Taken together, that pretty much only affirms what I commented upon.

you've revealed only your own insecurity

Phil-
LOL! You insecure? Don't think so...
Implicit in anon's attempt to dress you down is a notion that none but the "purely" objective may contribute to discussions about history and/or that we all must, necessarily, come to the same conclusions about human activities if exposed to the same sources of information and ideas.
Both are demonstrably off base ideas . The smugness anon radiates is most likely merely that of one satisfied that they don't have to think anymore - everything is settled and anyone who thinks differently , well, ya know, they are just incapable of objectivity blah,blah,blah.
I do disagree with you often, Phil. But I come here and read your ideas and the information which informs them.
Jose Ortega y Gasset's assertion that '... any moral code which does not include in it's injunctions the primary duty of being always ready for the reform, the correction, and the expansion of the ethical ideal will be immoral. Any principle of ethics that enjoins the perpetual seclusion of our free will within a closed system of valuation is ipso facto perverse." takes stock of the human situation as regards trying to create and live in closed systems and repudiates that tendency as being against life. philosophical life.
I agree with him and I appreciate your work to flesh out your own philosophy and enjoin the rest of us to do the same in meaningful ways.

alaskapi fails quite miserably in his attempt to run interference for Phil's infantile display of basic insecurity, and proves unable to offer up any plausible or possible excuse for Phil's purely puerile need to call others douchebags and assholes.

To infer that Phil behavior represents some example of Phil merely 'fleshing out his personal philosophy' or better yet, that he's doing so in any meaningful way by calling others douchebags and assholes, reveals only alaskapi's own lack of basic comprehension, and demonstrates nothing more than his own insecurity.

As to Jose Ortega y Gasset, he speaks to exactly this point.

""Abasement, and degradation is simply the manner of life of the man who has refused to be what it is his duty to be. ""

I imagine alaskapi has no clue what he's imagining he might be talking about at any one time, he's given every indication that that is the distinct probability.

LOL anon/freeper-
alaskapi knows exactly what she is talking about at any given time. Given the nature of trying to talk on the tubes with people I don't know I'm learning a fair amount about the difference between trying to be understood in a different context/no context, no history, no already understood background. It's an interesting process.
Ortega spent his life developing his case that our duty was to take up the work of discerning ultimate reality which he felt was a perspective . " A perspective is perfected by the multiplication of its viewpoints and the precision with which we react to each one of its planes" ( Meditations on Quixote )He felt strongly that refusing to take up one's duty abased and degraded the slacker , as well as making that person poor.
Have never seen Phil, or Mr Zinn for that matter, quail in the face of such work...

On the other hand, goading someone until they lose their temper doesn't qualify as any kind of sensible discourse ... on either side... so am ignoring your invitation to discuss "douchebag" v insults...

it's only weak cover thrown up while running away.