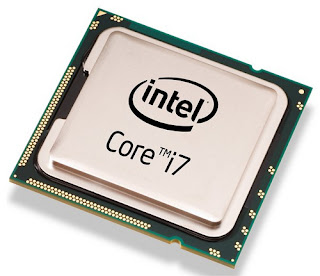 Early last week, when it came out that British physicist Stephen Hawking had decided to not attend a late-spring conference in Jerusalem, he went quickly from being a cult hero in the Israeli high tech sphere to pariah.  Although he has been to Israel several times in the past - and to the occupied territories of the West Bank, now called "Palestine" by a growing number of countries, agencies and notable individuals - he was encouraged by British academics, Palestinian scholars and American linguist, Noam Chomski, to back out.

His entire letter of cancellation to Israeli President Shimon Peres hasn't yet been published.  An important part of it has been:


I have received a number of emails from Palestinian academics. They are unanimous that I should respect the boycott. In view of this, I must withdraw from the conference. Had I attended I would have stated my opinion that the policy of the present Israeli government is likely to lead to disaster.

The most shocking aspect of the backlash against Hawking coming out of Israel and Israeli apologists to me, from the very beginning, were the claims that if it weren't for the genius, pluck and ingenuity of Israeli scientists, he wouldn't even be able to communicate:


if one decides to Boycott Israel, then one must be consistent, if Mr. Hawking decides to boycott us he should also refrain from using his means of communications as he is using products that were invented and produced in Israel. it is very interesting though that we continue to hear him isn’t it.

This inaccurate meme was repeated again and again, in articles published in Israel, the USA and elsewhere.  To be more specific, the claim was somewhat along these lines:


Hawking’s decision to join the boycott of Israel is quite hypocritical for an individual who prides himself on his own intellectual accomplishment. His whole computer-based communication system runs on a chip designed by Israel’s Intel team. I suggest that if he truly wants to pull out of Israel he should also pull out his Intel Core i7 from his tablet” – this according to Nitsana Darshan-Leitner, director of Shurat HaDin – Israel Law Center.

Darshin-Leitner's claim, inaccurate as it was, was also very questionable morally. After all, the Germans perfected the jet turbine during the height of the 3rd Reich, using slave labor, some of which was comprised of Jewish and other slave laborers. Don't get me started.

The inaccuracy and hubris of the many claims that Hawking is somehow an ingrate are very easy to refute, and have been:

For the i7 in particular, the Sr. Principal Engineer's name is Ronak Singhal. He is an Indian. The design team does not consist of Israelis and is not located in Israel.

Hawking's sentence construction software, EZ Keys, was designed and built by an american company, Words Plus, which was based in Palmdale, California. Hawkings speech synthesizer, NeoSpeech, is produced by a company based in Fremont, California and backed by Voiceware Co of Korea. It has nothing to do with Israel either.

Hawking's laptop which ran the software used AMD chips. This was an embarrassment to Intel. Intel's CEO at the time Gordon Moore (now retired) personally negotiated with Prof. Hawking to participate in a marketing arrangement where Hawking would use Intel provided off-the-shelf laptops.

i7 microprocessors have no more to do with Israel than do many such items developed by increasingly multinational scientific teams.  Intel's facilities in Israel are increasingly important to the firm, but less so than their operations in one county in Oregon.  They could pull out next month with little or no adverse impact to the high tech giant's global footprint.

It is interesting that it has just come out over the weekend that Noam Chomsky was one of those who urged Hawking to reassess his conference attendance.  How many Israelis and American Zionists now denigrating Hawking made a fuss three years ago this week, when this happened:


Professor Noam Chomsky, an American linguist and left-wing activist, was denied entry into Israel and the West Bank on Sunday.

No reason was initially given for the decision, but the Interior Ministry later said immigration officials at the Allenby Bridge border crossing from Jordan had misunderstood Chomsky's intentions thinking initially he was also due to visit Israel.

Chomsky, who is on a speaking tour in the region, was scheduled to speak at Bir Zeit University in the West Bank on Monday.

Interior Ministry spokeswoman Sabine Haddad said officials were now trying to get clearance from the Israel Defense Forces, which controls access to the West Bank to allow Chomsky to enter that territory.

As I've written here since January, 2013 is going to be a watershed year in the ability of honest critics of militant expansionist Zionist policies to gain traction in the voicing of their views in the media.

It isn't up to the Hawkings, the Chomskys, the Jimmy Carters or Desmond Tutus to come around to accepting the expansion of Israel at the expense of indigenous Palestinians as the norm.  It is up to the Zionists to start relearning the wisdom of the greatest humanitarian prophets of Judaism.

Hawking's challenge to President Peres, "Had I attended I would have stated my opinion that the policy of the present Israeli government is likely to lead to disaster," will probably go unanswered. After all, Peres is the person who did this:

The "top secret" minutes of meetings between senior officials from the two countries in 1975 show that South Africa's defence minister, PW Botha, asked for the warheads and Shimon Peres, then Israel's defence minister and now its president, responded by offering them "in three sizes". The two men also signed a broad-ranging agreement governing military ties between the two countries that included a clause declaring that "the very existence of this agreement" was to remain secret.

Whether or not Hawking took that event from 38 years ago into account matters less than what is happening right now.

To knowingly confuse a refusal to participate in a conference hosted by the guy who offered apartheid South Africa a choice of sizes of nuclear weapons at the height of the Cold War with anything but the highest of human ethical standards is immoral.
Posted by Philip Munger at 12:27 AM

Time to reframe on the Mad Zionists' terminal disingenuity, instead before their induced Armageddon: http://www.veteranstoday.com/2013/05/11/was-syria-nuked/ !