How We Say "Hell, No!" to Monsanto 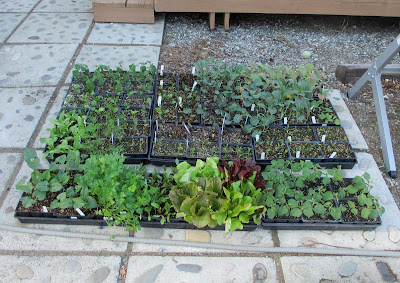 There's going to be a big demonstration in Anchorage on Saturday, as part of a global "Say No to Monsanto!" action:

A global protest against one of the world's largest agricultural companies is set for this weekend as the “March Against Monsanto” is coming to Alaska. Organizers of the Anchorage march said Friday that more than 500 people have signed up to protest the Missouri-based company, which sells genetically altered pesticides and crop seeds around the world.

The Anchorage group’s organizer, Kim Houstin, said she wants the march to be “family friendly” and focus on education. Their concerns for Alaska revolved around genetically modified salmon, but the group said Monsanto's products have other, far-reaching effects.

“What these chemical companies are doing reaches far more than just the food supply,” Houstin said.

“It reaches the bee colony collapse, which one in every three mouthfuls of food is thanks to the pollination of bees. And so it trickles down to pretty much every aspect of our life.”

The March Against Mosanto takes place Saturday morning at 10 a.m. at the Park Strip in downtown Anchorage.

More information can be found on their Facebook page.

I'm probably not going to be attending.  Because of the late, late spring, we're two weeks behind on getting things ready for our non-Monsanto, organic gardens and greenhouse.  Above are 432 plants awaiting being transplanted in our garden.  Today, Judy and I raked the garden, moved compost, cleared away little rocks, and pulled stakes from last year's peas and beans.  Pulling stakes, I realized the ground is still frozen only five inches down in some places: 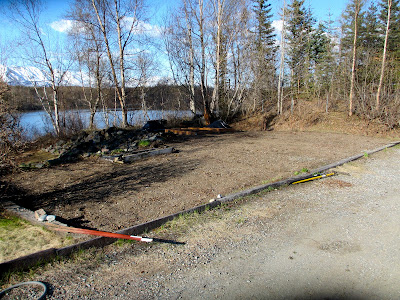 Here are a variety of greens I moved out of the greenhouse, so they can nourish in the clean, warmer air and breezes: 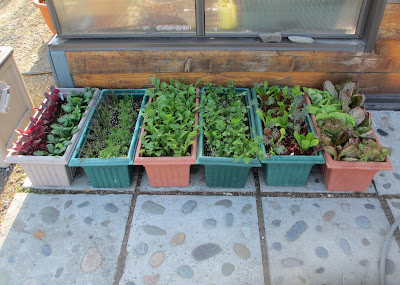 The last remaining snow berm, on the lakeside lawn: 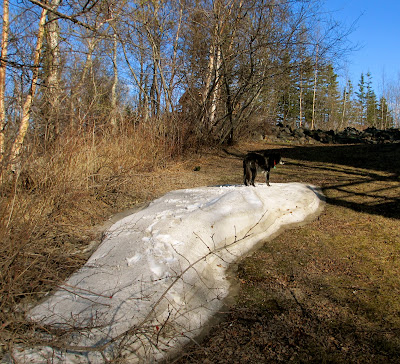 The floating dock emerged from under the ice on the lake this morning: 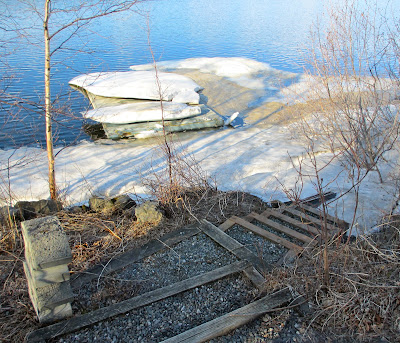 The southern shore of Neklason Lake: 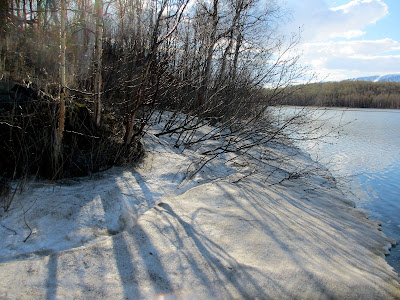 Posted by Philip Munger at 9:09 PM

How much behind is your garden this year in terms of actually being able to plant things in the soil?