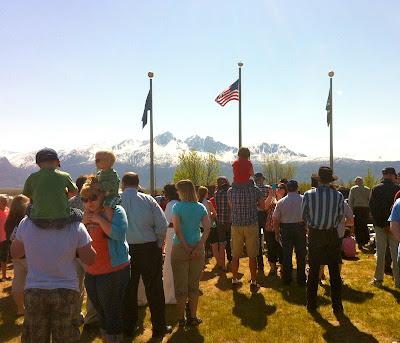 On Monday, Memorial Day, I played Taps twice in Wasilla:  At the annual ceremony at Wasilla Memorial Cemetery, late in the morning, and at the large ceremony at the Veterans Wall of Honor, at 1:00 pm.  The first time I played Taps at the Wall of Honor site was 20 years ago.  Two years later, I directed the Mat-Su College Community Band and the Anchorage Community Concert Band in Memorial Day concerts at the Wall of Honor, and in Anchorage, at the Veterans Memorial.  In those, we commemorated the 50th Anniversary of the end of World War II.

I play Taps when asked on Memorial Day to both honor men and women who perished in honorable service of our country, and as a kind of prayer that the insanity of permanent war might end soon. 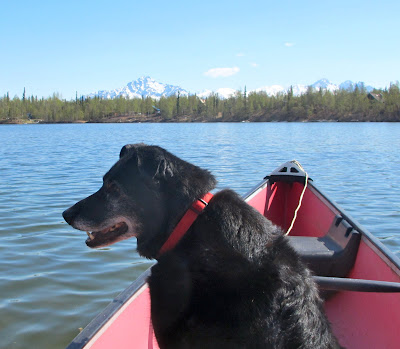 After the ceremonies, I returned home to face the most beautiful day in years.  Judy was gone, hiking Matanuska Peak.  I decided to take the canoe out onto Neklason Lake for the first time this year.  Strider the dog is getting old, and his pelvis is starting to splay.  But he climbed into the center of the canoe, and we were off. 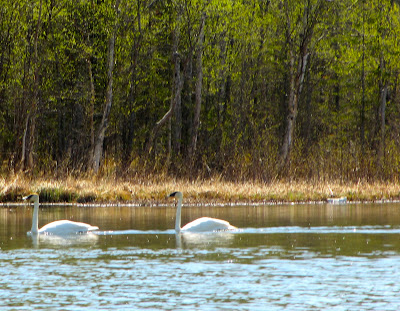 The pair of swans are back.  Last year, for the first time since we've lived on the lake, swans stayed the summer and hatched and reared cygnets - seven of them!  They've already set up a Trumpeter swan mound for their next brood. 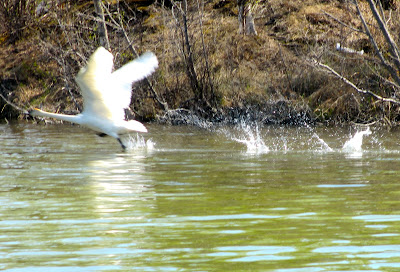 There is still ice on the lake, which is now eleven days beyond the old late date: 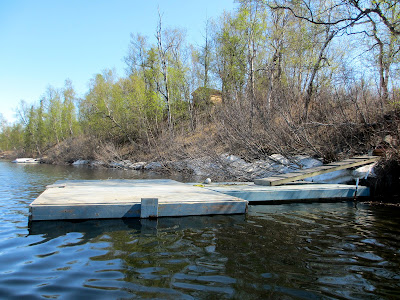 And we still have the small remnant of a large snow drift in the front yard: 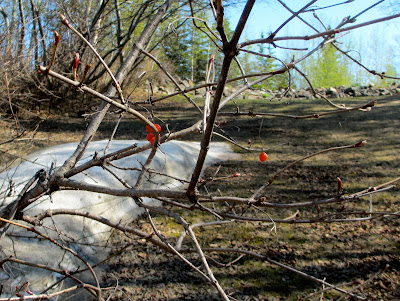 Posted by Philip Munger at 9:04 AM