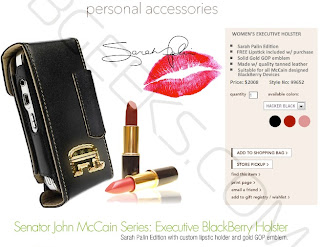 Andree McLeod has gotten a reply from Alaska Gov. Sean Parnell's Administrative Director, Linda Perez, regarding McLeod's inquiry (see here for the earlier correspondence) as to how to reduce the costs the latter will have to pay to receive her copy of the tens of thousands of emails the state has been forced to release from the Palin administration. It appears to me that this information exchange has been purposefully been made to be as financially burdensome as is humanly possible:

In response to your inquiries yesterday and today, the records are
maintained in Juneau and are available for review here. You may review the
records here in Juneau and avoid any duplication fees. You would need to
arrange in advance to access them here as I would need to have my set back
from the printers for you to review.

If you want to receive the records in Anchorage, you will need to pay the
duplication fee of $725.97 and the shipping costs. I understand that WPX
courier will deliver the set of 5 boxes to Anchorage overnight for $543.73
or a 2nd day delivery for $443.73.

I will also be inquiring of Alaska Airlines what they would charge for Gold
Streak. The US Postal rates would not be determined until we have the boxes
at the station, weighed, measured and the shipping method selected. It
could be any method from parcel post to Express Mail.

The records are not available at either the Anchorage Governor's Office or
the Department of Law in Anchorage. Picking up the records from either
Anchorage location would require the same duplication and shipping fee
payment.

I admire all of you liberal Alaskan bloggers for your tenacity and integrity. I'm grateful for your efforts. That being said, I have to admit that I am so put off by the corruption in Alaska that I no longer have any desire to ever visit there. Hopefully, this will change with time and the fading of your Tundra Turd. She has definitely been the worst thing to EVER happen to Alaska.

They have no shame. That was already known. Just another reminder.

Remember what the State of Alaska dba The Palin-Parnell Maladministration had to say about this and similar open records requests back before the 2008 election.

Sarah Palin's office has discovered a renewable resource to bring millions of dollars into Alaska's economy: the governor's e-mails.

The office of the Republican vice-presidential nominee has quoted prices as high as $15 million for copies of state e-mails requested by news organizations and citizens. No matter what the price, most of the e-mails of Palin, her senior staff and other state employees won't be made public until at least several weeks after the Nov. 4 presidential election, her office told msnbc.com on Thursday.

How did the cost reach $15 million? Let's look at a typical request. When the Associated Press asked for all state e-mails sent to the governor's husband, Todd Palin, her office said it would take up to six hours of a programmer's time to assemble the e-mail of just a single state employee, then another two hours for "security" checks, and finally five hours to search the e-mail for whatever word or topic the requestor is seeking. At $73.87 an hour, that's $960.31 for a single e-mail account. And there are 16,000 full-time state employees. The cost quoted to the AP: $15,364,960.

After more than two years of purposeful delay,and many of the same people still in positions of responsibility, why would this be a surprise. I'd be surprised if they bill the requesters for shipping by the pound and then ship in wooden crates made of materials like Phil used for his new float. I'd be surprised, but not shocked.