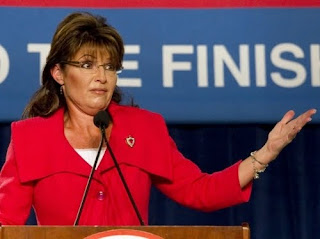 Anchorage, Alaska: Alaska resident and registered Republican Andrée McLeod has written the Alaska governor and attorney general asking why there is a huge 22-day gap of missing emails in the close to 25,000 of Palin emails that were released in Juneau, Alaska by the State of Alaska on June 10, 2011. (See email below)

McLeod asks, “I write to inquire about a huge 22-day gap in Palin’s emails that were released ...by your office. That’s almost a month’s worth of missing Palin emails!”

McLeod continued, “Palin’s standard practice of operating government through secret back-channels with private email accounts on unsecured and unprotected servers violates the freedoms that the Alaska Public Records Act guarantees us and infringes on our right to know about the inner workings of our government.”

Alaska Governor Parnell and Attorney General Burns received McLeod’s communication Monday night. McLeod hopes to receive an explanation as to why there is such a huge gap in the release of Palin’s emails. “Where are the emails? Where did they go?” McLeod asks.

Nearly a month of former Gov. Sarah Palin's emails are missing from the documents released to media organizations last week, a gap that raises questions about what other emails might also be missing from what's being nationally reported as her record as Alaska governor.

The records include no emails between Dec. 8, 2006 and Dec. 29, 2006. The state's log of emails that it withheld from public release also lists none from that time period.

That means, if the record is to be trusted, Palin did not send or receive a single email about state business during a time when she was busy taking the first major actions of her new administration. That means zero emails during a period during which, among other things, Palin put out her proposed state budget, appointed an attorney general, killed the contract for a road out of Juneau and vetoed a bill that sought to block state public employee benefits to same-sex couples.

The state had no explanation Monday.

"I don't have any information on the missing documents," said Linda Perez, administrative director for Gov. Sean Parnell. "I forwarded all that off to (state technology services) and asked them if they would search their search criteria and see if they can explain or come up with any reason for this."

My guess is that Andree McLeod will be more tenacious on getting accurate information on this than any reporter will be, including Cockerham, who can be determined, but not as relentless as Andree.

It's amazing that she got a comment at all! Andree is amazing.,

As annoying as some people think Andree is, she is the one who keeps checking, keeps forcing the admin to justify and document. Alaska HAS to come clean, HAS to make a reasonable attempt to clean out its closets and start actually being transparent. Until corruption, cronyism, opacity, and incompetence are cleaned out of Alaska, none of the rest of us (including this former Alaska resident) is going to give you the time of day.

Go Andree! And if she wants me to send a fax about them, I will do so. I sent faxes yesterday to Parnell, the Lt. Gov., and two newspapers in AK. Do I expect to hear from them. No. But somebody had to retrieve and at least glance at the faxes. (P.S. I have been known to send letters too, that require proof of delivery).

I read blind allegiance, I wonder if there is anything there to at least prove there was some type of email.

This is a woman who supposedly sent an email 2 hours after her son was born and she did not email for 22 days?
Find it hard to believe.

I'm pretty sure I got an email from the gov's office during this time period there are no emails. Would have been in response to a letter I sent Palin regarding her transition team. Have to go dig it up but iirc it came from the gov's state email addy.

Surely someone else also received an email during this time period, so shouldn't those have shown up in the recent release?

Is Perez blaming it on the printing company in Juneau to make us think they lost them? Nothing is noted on the Log either which would indicate Perez would known they were not there to begin with. Sounds pretty fishy to me.

Anon@2:15 It would be nice to know wat email acct it came from if you find it.

I know the folks that printed the many hard copies of those emails, and I can tell you that they rarely make mistakes.

Cronies continue to cover for the half term quitter. Prosecute.

Yes, it does remind me of the famous "18 minute gap" in the Watergate tapes. Push it, Andree -- "truth will out"!