Andree McLeod's Letter to Gov. Parnell Re Having to Fly to Juneau to Look At the Public Records She & Others Have Finally Obtained 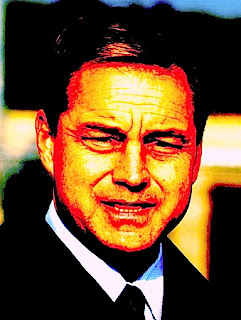 The Alaska Public Records Act states that I have the right to review public records. I want to review the copies of Palin's (redacted) emails before I dish out $725 for duplication fees and hundreds more on top of that for shipping.

For the last few years, hundreds of thousands of dollars has been spent on expanding your Anchorage gov's office. You have transferred more positions from Juneau to Anchorage than other governors, not counting Sarah. For all intent and purposes, you occupy the Anchorage office as much as the Juneau one.

So, why is it that the copies of Palin's (redacted) emails can't be shipped up here for review before members of the public spend their precious dollars on them?

Why has your free-wheeling staff taken such a hard, rigid and inflexible approach to the dissemination of these public records, continue to increase
the cost of these records and erect more barriers for the average Alaskan by not shipping these records to your Anchorage office for review?

Why has your staff only implemented taxing ways to disclose these (redacted) public documents? What about scanning them?

Am I to understand that when it's convenient for you and your staff, the Anchorage office becomes a viable extension of your Juneau office, except when it serves the public re: the review of these emails as stated in the Public Records Act?

I wonder if he will actually respond to the letter.

Who knew he'd followed in Palin's footsteps expanding the governors office from Juneau to Anchorage......and at what cost to the state under a tight budget?

Also too, Sean seems to be aging rather fast. Must be from the stress of picking up and cleaning up Sarah and Todd's mess? Talk about hoodwinked and manipulated only to be left holding the bag.

Interesting reference in a post considering quotes of $15,000 among other various amounts. I note it says "news organizations" which is not Andree, so does she get get treated differently?? I also thought costs were initially asked for up front.

"The news organizations that requested the documents will not be charged for the cost of labor to assemble the emails, as is sometimes done for information requests."

Being everyone waited for a ridiculously long time, no one should have to pay for the emails so it wouldn't be as bad for shipping/copying costs.

Is anyone seeing the irony that these are emails? The entire lot is electronic?

Sarah and Todd, why have you done this?

With all the scrubbing that most likely has been going on for over 2 years I now doubt that the emails released are worth $7.25.

Just move the capitol. It IS what Sean wants anyway.

With all the rediclious time and zero speed drama the Parnell administration as promoted with access to the e-mails, once released, someone is going to stick it to Capt. Zero and post all of them in record time.

Clearly Zero's administration has something they are totally ashamed of.

I'm disappointed that Andree was quoted in the Juneau Empire that this has changed her mind about moving the capital.

PLEASE don't punish the good folks of Juneau (most of whom do NOT support Parnell and certainly didn't support Sarah) by using the stalling of the Parnell/Palin crowd as an excuse for moving the capital. Half of Juneau's economy depends on state government, and a capital move would destroy small businesses like mine and destroy the value of our homes.

When will these documents actually be available? Thanks, for anyone who has insight into this, I'd appreciate an answer!!

"When will these documents actually be available? Thanks, for anyone who has insight into this, I'd appreciate an answer!!"

There is no set date. If you want your own copy provided by the state, you need to fork over about $1,200.00 or more.