A Message to Alaska Democrats in Office 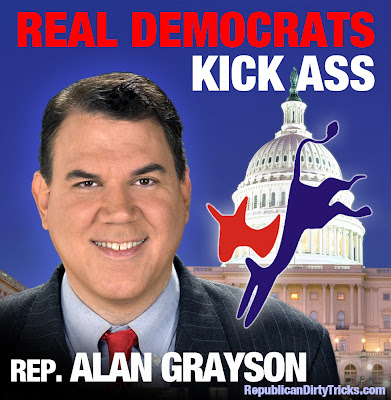 So what the boy wonder is only out for kudos and favors. Stand for the people would be nice. Hey he has a future to look after. People are just ants on the sidewalk.

Too bad Mark's not doing what Grayson's doing. He might gain back some of the respect he's lost from the Alaska Democrats who donated to his campaign, worked for his election, and got him to victory.

Nick Begich wouldn't have hesitated to do what Grayson's doing. No one's been doing that in Washington since the late great Paul Wellstone.