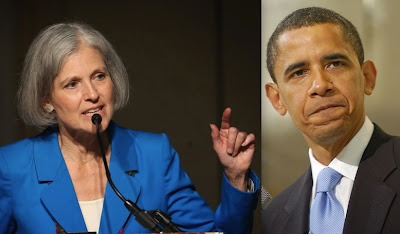 
If you’re having political déjà vu as Obama’s second term in the White House gets underway, you’re not alone.

The supposedly populist candidate — who won re-election promising to tax the rich, protect Social Security, and make the economy fair — has morphed back into an invaluable ally of the economic elite. Yet again, he’s willing to let you fall under the bus.

In carving out 2013′s first round of self-inflicted budget pain, President Barack Obama has laid the groundwork for much worse to come. By making most Bush tax cuts permanent, he gave away the massive bargaining chip he could have used to protect safety net programs in the next negotiating round. Now, thanks to his pre-emptive capitulation, austerity advocates hold all the cards.

While the deal extends unemployment insurance, this temporary relief is overwhelmed by massive, permanent gifts to the super-rich. Estate taxes have been repealed for all but the wealthiest 0.1 percent with a whopping $10.5 million per couple exemption. The agreement also locks in low capital gains and dividends rates of 15-20 percent, ensuring that billionaire bosses everywhere will pay lower tax rates than their secretaries.

Among new corporate favors, the deal retained one of the loopholes that multinational firms are using to dodge taxes on their foreign subsidiaries — an incentive to export jobs that cost us $1.1 billion in 2012. Meanwhile, vulnerable workers are hit with a big increase in Social Security payroll taxes, as rates revert to 2010 levels.

The fig leaf Obama provided to cover this surrender is a token tax increase on wealthy households earning over $450,000 per year. This marks a brazen retreat from his promise to raise taxes on those earning over $250,000, a meager reform to begin with in a tax system already rife with favors for the rich.

In this past round of budget bargaining, Obama proposed alarming cuts to key safety net programs that will be considered in upcoming negotiations. This tossed aside another key promise: to protect Social Security. It comes as nearly half of Americans are either low-income or living in poverty, and one in three seniors relies on Social Security to stay out of poverty.

Obama also offered to slash needed reductions in bloated military spending from $500 billion over 10 years, the amount included in the 2011 budget deal, to a mere $100 billion.

Obama’s abandonment of his progressive base repeats 2008 post-election history, when the hope-and-change candidate suddenly devolved into a fearless defender of economic privilege. His early White House appointments of Wall Street darlings Larry Summers and Timothy Geithner were followed, with breath-taking irony, by the naming of General Electric CEO Jeffrey Immelt, America’s leader in layoffs, to head the jobs council.

Washington’s failure to deal justly and effectively with the fake fiscal cliff calamity leaves little hope it will resolve the real looming crises — the unraveling economy and accelerating climate catastrophe. The enormity of these threats compel solutions of equal magnitude — like the Green New Deal I promoted as the Green Party’s presidential candidate in 2012. It would obliterate the fiscal cliff while putting America back to work, greening the economy, cutting the oversized military, saving trillions through Medicare for All, and taxing the wealthy.

Fortunately, grassroots movements and non-corporate political parties have begun to lead the way. It’s time to join them while we still can, putting our voices, bodies, and votes behind real solutions that can truly deliver a peaceful, just, green future for us all.
Posted by Philip Munger at 11:02 AM

Ah yes, an article chock full of sensationalist charges without any documentation or sourcing to lend any credence to the charges. It's about as reliably credible as a Fox News hit piece or a Newsmax piece and just as lacking in substantive facts. It's full of accusations, and totally bereft of any accountability.

Been away at work all day. You're back. How pleasant.

Could you please explain which of the claims Dr. Stein has made is "sensationalist"? Be as thorough as you would like.

I'd love to be cured of my "fantasy."

Each of them are.

They stem from a Green party candidate that lost.

They're as unsubstantiated as the complaints from the other losing party candidates.

is what you wrote above, yet you provide no documentation for your ad hominem blanket condemnation of Dr. Stein. Pathetic refugee from IM? Or what?

The unfounded idiocy doesn't deserve or need anyone to justify or 'document' it's idiocy, recognizing it to be idiocy is all it deserves.

When one is characterless and has motives which are less than honorable, it's no sin to point it out.

As to your sophomoric attempt at casting aspirations, I recognize that for what it is, more confirmation of your own inadequacies.