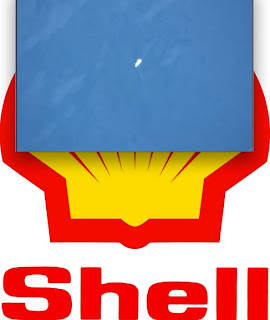 Dr. Charles Monnett, in the process of getting peer feedback on his observations that some Polar bears appeared to be dying in the Arctic Ocean, due to stress from long swims between dwindling ice packs, sent emails to scientific colleagues.  He was going through the peer review process, in order to publicize findings in a paper. That was in 2004, through 2006.  The paper was published in 2006.  Information from Monnett's research found its way into Al Gore's Academy Award-winning documentary, An Inconvenient Truth.

On July 18, 2011, Dr. Monnett was placed on administrative leave from his post at the BOEMRE.  On August 25, 2012, he was returned to work, but with considerably reduced responsibility.  Closely watched.

Today, his legal representatives, Public Employees for Environmental Responsibility, revealed that the Inspector General of the Department of the Interior quietly reopened their case against Monnett sometime between his reinstatement and December of 2012:


In late December, the IG first revealed that its nearly three-year fruitless pursuit of Dr. Charles Monnett, a senior scientist with the Bureau of Ocean Management (BOEM), had been reopened although its final report was issued last September. The IG has not stated the reasons for the unusual action of reopening a closed case, except to say that it is awaiting BOEM’s response to unspecified new recommendations.

The new open status is slowing the ability of PEER to obtain documents relating to the controversial IG probe under the Freedom of Information Act. Under an appeal, however, PEER managed to obtain the basis for the IG seeking criminal referrals against Dr. Monnett after the IG initially refused to disclose the information. The four separate charges resemble the legal version of “everything but the kitchen sink” –

One rejected charge was false official statements in connection with the peer review process for the publication of a 2006 observational note by the journal Polar Ecology;

Another un-pursued charge was criminal conflict of interest in connection with the award of a joint research contract with the University of Alberta on polar bear transnational migrations;

and Twice, once at the beginning of the investigation and a second time at the end, the IG sought to have Dr. Monnett prosecuted for supposedly unauthorized emails he sent to other researchers in 2007-8. The second time, the IG maintained the emails amounted to theft of government property.

The 2007-2008 email distribution led to protests from Alaska Native and environmental organizations that Shell Oil was not being transparent in their statements and documents pertaining to proposed drilling in the Chukchi and Beaufort Seas.  One of the scientists Monnett had sent some of the emails to was University of Alaska professor Rick Steiner, who was already in Shell's crosshairs for attending a conference organized by Bristol Bay area organizations, critical of Shell's plans to drill in the world's richest salmon return habitat.  Shell has since withdrawn the Bristol Bay plan.  Steiner was later hounded from his U of A job.

PEER executive director, Jeff Ruch, is concerned that the "theft of government property" charge may pertain, in the reopened investigation, to not only the 2007-2008 emails, that helped shut down Shell operations for almost four years, but to the 2005-2006 emails, which sought peer feedback for a scholarly paper:


This new information underlines how irresponsible and misguided the Inspector General has been in its attempt to ‘get’ a target while trampling over obvious truths.  Especially dangerous is this clumsy attempt to criminalize the academic peer review process. [emphasis added]

Firedoglake's coverage of the hounding of Shell opponent Prof. Rick Steiner
Posted by Philip Munger at 8:16 AM

.....cut and paste from PEER's work and then call attention to links to your own ghostwritten diary on FDL calling it FDL's 'coverage'.

Is there anything you cut and paste that you don't use in an attempt to call attention to yourself?

That's not 'ghostwritten', it's just a another copy of the original cut and paste.

Nothing like trying to take credit for someone else's work in two places at the same time.

Do you count your fanboys separately too?