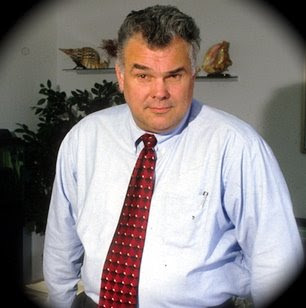 I worked for Bill for seven years. My last job while working for him was as his (and the Allvest Vice President for Operations') Executive Assistant. That was around the time the picture of him at the left was taken.

We argued a lot. About Allvest policy, about how to word parts of the many proposals the staff wrote, searching for the next government contract for one program or another. And just about anything. I must have been a very frustrating employee for Bill to have to put up with.

One of the things I argued with Bill about was whether or not he should have anything to do with Jerry Ward. My side of the argument - don't touch Ward with a ten-foot pole - lost. 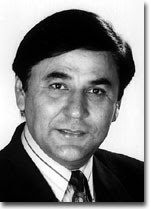 Weimar's past creative manipulation of funds touches both major political parties in Alaska.

Thanks, Phil. I hadn't seen this yet. I was married to one of Mr. Weimar's "clients" (maybe one of yours, too?) during the '90s. We always suspected shenanigans going on behind the scenes, but being on our side of the fence, we just figured it was business as usual.

So if Jerry Ward is the legislative candidate to whom Weimar was funneling money, who is the Seattle consultant? Could it be a reference to Frank Prewitt?

i met him back when allvest was just getting started. thought he was an interesting character. [i recall hearing he witnessed the kent state shootings in 1970.] i guess his instincts were pretty good -- incarceration being a growth industry in this country, and private prisons being a key part. [whether or not one thinks any of that is good.] he fit the stereotype of becoming more conservative with age, i suppose -- or maybe he just got more involved with republicans because they wield the power?

The latter, I think. He was never a guy who really felt women should get equal treatment in a relationship, for instance, but he'd back feminist causes, even as he used me to begin his courtship with GOP figures in the assembly and legislature.

How could he use to to start a courtship with the GOP, Phil?