During the hot spell last week, vegetation was just starting to get going after the late departure of very cold weather and snow.  We planted our vegetable garden about four days later than usual. The transplants had the advantage of four days of real hot weather to warm the soil around them.  I actually felt warm feet, as I planted peas, green beans and potatoes barefooted.

Each year, I try an experiment or two or three in the garden.  This year, the experiments are in growing new root vegetables, and in a new approach to one I have grown before.  So, I'm growing rutabagas, parsnips and burdock.  This is the first time I've tried parsnips, which need a long growing season.

I've grown burdock twice before.  Rather than planting it in the ground this year, I've transplanted my starters into something I'm calling a "burdock box."  A root vegetable, burdock in my garden in the past grew so deep, it would break off the bottom half of each root, even if I was very careful and used a calm shovel.  Hopefully, the box will fix this.  I'll just unscrew the plywood end pieces when it is time to harvest, and will have four feet of the burdock already above the ground. 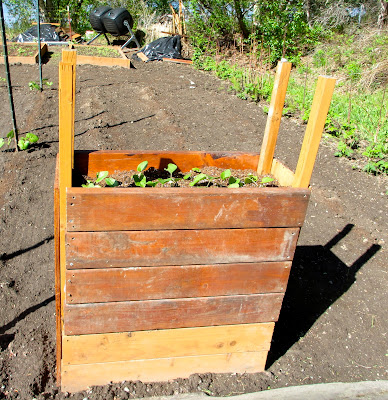 Here's a lettuce head that is growing so rapidly, we'll be eating it next week: 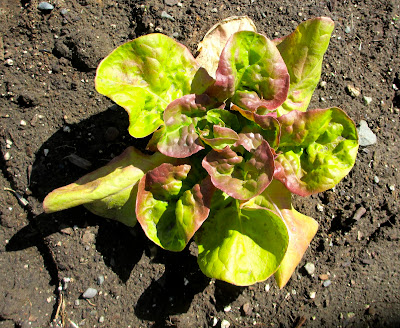 Here is a huge spearmint plant, that wintered over in the house.  I later transplanted it into the soil: 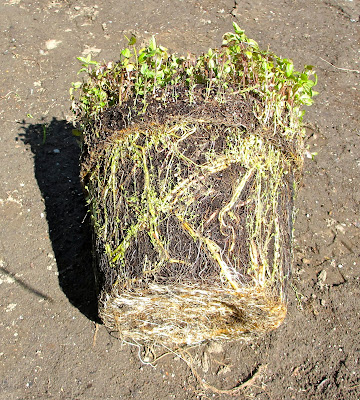 Here's another of Judy's wildflowers, happy in the sunshine: 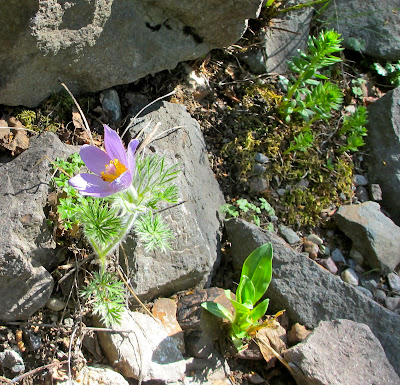 And here are our resident swans, with the female warming her nesting mound: 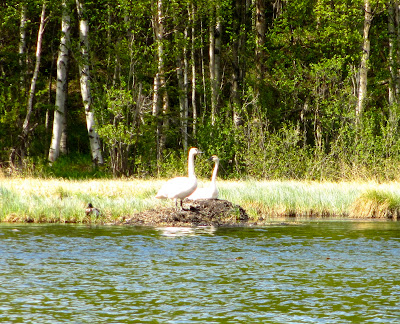