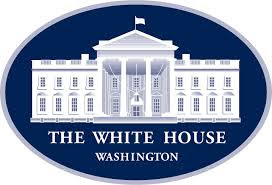 On June 9th, someone started a petition at the White House niche, We the People, requesting the President address Edward Snowden's legal status:


WE PETITION THE OBAMA ADMINISTRATION TO:

Edward Snowden is a national hero and should be immediately issued a a full, free, and absolute pardon for any crimes he has committed or may have committed related to blowing the whistle on secret NSA surveillance programs.

When I signed this morning, there were about 108,000 signatures.  Supposedly, once a petition gets over 100,000 signatures, it receives front-rank attention.  Here's the video the White House posted at YouTube, explaining the process.  Note that a specific number of signatures for the "signature threshold" isn't mentioned in the video:

Soon after I signed, Justin Raimondo urged twitter followers to call the White House, and politely ask about the petition's status, now that it had gone over the 100,000 signature threshold.

I called.  After jumping through some hoops, I got a real person.  I wanted to know:


1). Does some specific action happen when a petition reaches 100,000 signatures?

2).  Are there specific people assigned to the "We the People" site to deal with petitions deemed to have met the "threshold" when they get there?

3).  If so, is there a way you can connect me with one of them over the telephone?

The courteous young man responded to my likewise courteous questions with vague answers, ending up with "I've got a lot of calls coming in, and I don't have time to refer you to somebody who can answer your questions specifically, but if you call back ........."

My call went through the hoops.  Another nice young man eventually answered.  When I started explaining why I was calling, the line went dead.  Must be some glitch in their switchboard, eh?  I'll try again.  112,408.

Sort of the same thing.  I got through.  This not-so-young male listened, said "OK," and the line went dead.  Must be some other glitch, huh?

This time (fifth call), a polite, very professionally polished young woman answered.  She stated that all petitions that reach the 100,000 mark are dealt with the same way.  There is no established time frame in which that might happen, though.  She stated that although specific people at "We the People" handle this task, they are never available to take calls from, uh we, the people.  She did note that she has received a lot of calls on this petition.

We wished each other a nice day.