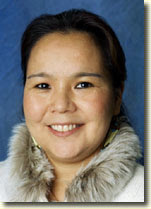 Former Alaska Republican Party luminary and state legislator Beverly Masek plead "guilty" an hour or so ago to Federal conspiracy crimes. She will be sentenced May 28th.

Writing Raven at Alaska Real writes of the Corrupt Bastards Club, and of Masek:

But I really am tired of the whole thing. This last one, I am really trying to see it as a loss for the Native community, but Masek never lifted a finger for Native interests, so I think it's just a loss for ... uh... hold on.

I'll get back to you on that one.

Really, I can at least point to this as an example of why you just don't take "any Native," or "any Republican" or... for crying out loud, look at their resume at least!

Steve, at What Do I Know?, writes:


The only question was whether she would plead or go to trial. The prosecution is much more interested in getting people to plead. That way they don't have to risk a jury, they don't have to work so hard presenting the evidence, and they don't have to expose what they know and how they operate so publicly. But we knew that Masek was in their sights. This was a sad situation all the way through.

AK Muckraker, at The Mudflats, observes:

She will enter her plea of “guilty” tomorrow [Thursday] morning before U.S. District Judge Ralph Beistline, the same guy who sentenced Senator John Cowdery yesterday. I think he’s having a “theme week”.

Will Masek get six months hanging out at home on the Barcalounger, in front of the big screen TV like Cowdery? I’m guessing not. But you just never know with Corrupt Bastards Theatre.

So, time to melt the butter, pop the corn and settle in for the next Act, entitled “Here We Go Again.”

An interesting note is that in Wednesday afternoon's earliest version of the Anchorage Daily News coverage, written by Alaska's best investigative reporter, Richard Mauer, detail of the legislation noted by the Feds in their information was minimal. Later in the day, Mauer updated the story extensively. That version - similar to the one now in the ADN - includes far more detail about the legislation withdrawn by Masek, along with several quotes from Alaska's greatest muckraker, Ray Metcalfe.

For those of us who have been following the ADN's neglect of Metcalfe over the years, this revision is rich in irony. Is is sad that Mauer, in his revisions, fails to note that Metcalfe called Mauer with the the information included in the revision, not the other way around. You can still fix that, Richard.


Over the next several months, Masek had more meetings with Allen and Smith where she pleaded for money and a job. They declined to pay her outright, but suggested that Masek, a musher who had competed in five Iditarods, get back into sled-dog racing. That way, they could launder money to her through sponsorship of her kennel and team, the charge said. 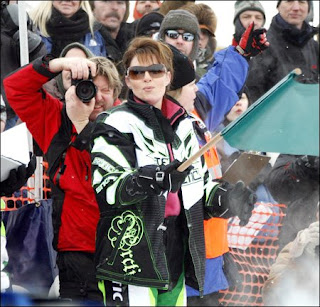 At least there's no sign that ever happened to Bev Masek, eh?

The Mudflats carried a quote of Ray Metcalfe. He had been hoping to speak up at John Cowdery's sentencing on Tuesday, but wasn't allowed to. This is a version of what he had hoped to say. It should be distributed to every Alaska politician:

The difficulty in prosecuting politicians like Cowdery is that much of what you would think is illegal is not. Politicians have exempted themselves from punishment through loopholes. Prosecutors find themselves relying on statutes made intentionally flimsy by the politicians they prosecute. To remedy this, I am collecting signatures to put the following proposition on the ballot.

Believe it or not, what you just read is not illegal. If you’re willing, I need 100 sponsors to submit my proposal to the Lieutenant Governor’s office. I will be at Café del Mundo 341 East Benson Blvd at noon Monday the 16th. PS: Class A felonies = 20 years in jail.

Alternatively, print out one or more copies of the attached petition, get a few signatures and mail them to: Ray Metcalfe, PO Box 233809, Anchorage Alaska, 99523.

(note - I am on the board of Mr. Metcalfe's new muckraking organization).

So, who IS on next? Here's my list of Probable, followed by a list of Possibles (with DZ's additions in italic):

Meanwhile, let's find out Who's on First:

Trevor McCabe was Ted Stevens' henchman. Don't forget him. Frank Murkowski - Accepted illegal polling from VECO for over $20,000. And don't forget Jim Bowles - the bagman for Conoco/Philips. His conspiracy tape already has been played in open court. There's a name or two not up there that are targets too and are singing like Tweety to the feds. DZ

What about GINO & "housegate"? Or any of the other's? She's got so many hard to keep track of them!

c a c - the investigations that have ended up in prosecutions and/or convictions being addressed here, are related to the US DOJ/FBI investigation regarding - mostly - Veco. Hence the CBC - Corrupt Bastards Club - label.

Other crimes or sets of crimes go on other lists.

I hope they pick up Chenault right when he's in the middle of a speech trying to justify his position that the corrupt government of AK should be able to kill people. Right after somebody asks him if he thinks people who accept bribes should get the death penalty too.